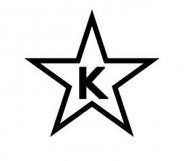 For those of you who think that all colleges are “treif”, STAR-K Certification knows that is not the case. STAR-K certifies eight kosher restaurants, take-outs, and concession stands on seven college campuses on the northeast coast.

The increasing number of kosher amenities on American college campuses seems to be a trend, with liberal arts colleges seeking opportunities to attract Jewish students. Kosher kitchens, and other investments of Jewish life on campus, act as magnets to attract the estimated 90% of Jewish students who attend college. For some of them, STAR-K Certification’s presence on campus may be offering a very first taste of Judaism, literally and figuratively.

Rabbi Ephraim (Efy) Flamm, the director of the Jewish Collegiate Network, an affiliate of The Etz Chaim Center, an adult outreach organization in Baltimore, says that there is no question that Kosher has grown on the Maryland college campuses over the years. “I work with unaffiliated and very marginally involved students, meeting them on their turf,” says Rabbi Flamm, who co-founded the organization over 20 years ago with his wife, Penina, and the backing of Mrs. Hannah Storch. “The Kosher program has grown and has helped build Jewish life on campus. It is not unusual for non-observant friends of those who are kosher observant to mingle in the dining area. I have had students who became kosher and observant because of this. The Kosher program builds a certain nucleus of students that grows, and it expands rapidly.”

Rabbi Mayer Kurcfeld, the kashrus administrator who has both engineered and overseen STAR-K’s certified kosher operations on campus, since the first kosher kitchen opened on the Goucher College campus in 1999, clarifies the concept of Kosher on campus today.

“Initially, these Hillel-run Kosher programs were a separate entity,” explains Rabbi Kurcfeld. “The college’s kosher kitchen was located in a separate facility that was frequented by Jews, alone. The reality of the situation today is that kids are traditionally kosher, but they want to eat with their non-kosher friends, as well. At all of the newer college kosher facilities, you can sit with anybody and the kosher food is available to Jew and non-Jew alike. The model has changed to make kosher accessible to everyone, and it now has a food court type of look, similar to the one you see at shopping malls. You go into one common area to sit; food is served on disposables with disposable paper placemats. We have a mashgiach temidi (supervising Rabbi who is on the premises at all times of production and operation) in the prepping and serving areas, and it is STAR-K’s policy to prepare only glatt kosher and cholov Yisroel foods. Individual pre-packaged foods can be non-cholov Yisroel, under reliable national certifications, eaten at the discretion of the student.”

Avigail Summers is a Torah observant freshman who attends Goucher College in Towson, Maryland, a suburb of Baltimore. Sending her daughter 1500 miles away from their Denver home was made a bit easier for Avigail’s mother, Devorah, knowing that the college of her choice had a reliable kosher food plan.

“When looking at colleges, it was a top priority to find a school that offered a meal plan with a reliable hashgacha (kosher certification),” says Mrs. Summers. “Finding any school that will offer a kosher meal plan can be daunting. Often, a school will have a Hillel affiliation, but not necessarily a kosher kitchen or access to a meal plan. Knowing that Goucher is under the Star-K is very comforting.

“Avigail has made many new friends and has come to learn that although they are not affiliated, they are Jewish,” Mrs. Summers continues. “Even though these kids have not signed up for the kosher meal plan, they too are allowed to eat at Hillel from the kosher kitchen once a week. Many of these students, even though they are not religious or observant, come to Hillel for Friday night Shabbat dinner. They comment on how good the food is, how comfortable the environment is, and that Hillel provides more of a dining room like they have at home instead of a cafeteria style room. They really appreciate the home style touches. In some respects, Goucher and Hillel, whether intending to or not, have provided a type of kiruv (outreach) by allowing all of the Goucher students to partake in the kosher meal plan. By no means does Hillel promote any agenda, they just welcome everyone. I feel this is beneficial to all and creates a greater sense of community.”

How difficult is it to provide these students with the opportunity to keep kosher on campus? Rabbi Kurcfeld says that the challenge of setting up the new generation of kosher facilities on campus, such as those on the Franklin & Marshall, Dickinson and Muhlenberg campuses, simply entailed the mechanical details. “I made a presentation reviewing the basic rules and technical aspects of Kashrus to representatives of both the college food services and the food service industry,” notes Rabbi Kurcfeld. “My challenge was to custom-tailor kosher facilities, from scratch, which worked easily within the framework of the respective schools. I mapped out exactly how the kitchens would be set up logistically for milk and meat, approving the blueprints before the construction began.”

The STAR-K certified KOVE (an acronym for KOsher, VEgan) station in the Dickinson College dining hall in Carlisle, Pennsylvania serves its 10% Jewish student population and others such non-standard kosher fare as citrus London broil, coffee-rubbed brisket and falafel chicken. It is open for lunch and dinner, Sunday through Friday afternoon.

Keith Martin, the director of dining services at Dickinson’s KOVE, says, “The KOVE has been very well received by Jewish and non-Jewish students alike. It is not uncommon to see long lines at The KOVE, and we expect interest to grow.”

He chose to pursue kosher certification at Dickinson because, “Given Dickinson’s strong Judaic-studies program, Hebrew language and study abroad offerings in Israel and extraordinarily active Hillel chapter, we thought a certified-kosher dining option would further enrich Jewish life at the college,” explains Mr. Martin. “Our hope is that students will see this new addition as a sign of Dickinson’s commitment to making the college an exciting place to explore Jewish heritage. The KOVE will give both Jewish students who keep kosher and all Dickinson students a delicious dining alternative.

“Dickinson has an excellent reputation for serving high-quality, delicious food in its student Dining Hall,” he continues. “When the college made the commitment to offer a certified kosher dining option, it was important that the food and the service reflect that same quality. After researching the available options, we chose Star-K.”

Interestingly enough, Muhlenberg College in Allentown, Pennsylvania, despite its Lutheran affilitation, boasts a 34% Jewish student population.. Responding to the needs of the kosher consumer and others with dietary restrictions, it recently opened The NOSHERY, featuring two separate kitchens: NOSHERY North and NOSHERY South. NOSHERY South offers meat meals and NOSHERY North offers pareve/dairy dishes to its student body. It plans to be open to the public at some point in the future.

John Pasquarello, the general manager of Muhlenberg College Dining Services, says that he pursued Kosher certification because, “We wanted to make sure our customers had food products and ingredients that meet all Kosher requirements. We chose STAR-K because of their commitment, expertise and resources to supervise Kashrus laws. Our relationship has been a true partnership. We couldn’t be more happy with STAR-K.”

A few years ago, Franklin & Marshall College, in Lancaster, Pennsylvania, opted to offer its more than 20% Jewish population healthier kosher options, at KIVO (an acronym for Kosher, International, Vegan/Vegetarian, Organic). Open seven days a week, it serves only dairy dishes for breakfast and a choice of dairy or meat dishes for lunch and dinner. The only kosher food operation in Lancaster is open to the public, as well, while college is in session for all-you-can-eat prices.

Rabbi Hayim Schwartz, the executive vice president of the Rabbinical Seminary of America (Yeshiva Chofetz Chaim), had the opportunity to eat at KIVO with his family during a recent visit to Lancaster. He was so impressed with the kosher dining hall, he wrote the following to John Burness, the president of Franklin & Marshall College:

“You are to be commended for offering an option such as KIVO for your Jewish and other students. Many colleges do not have kosher dining facilities, with full-time mashgiach supervision from such a reputable institute such as the STAR-K of Baltimore. While I am sure the KIVO operation must cost Franklin & Marshall College a pretty penny, this letter is confirmation that your people are doing a great job operating KIVO and represent your college in the best possible way. Kudos to you and to your entire Board of Trustees for having the foresight, wisdom and understanding to undertake an operation such as KIVO and to make it available to your students, and to the greater Jewish community.”

Ronnie Berman and Mark Powers are KIVO’s two mashgichim (kosher supervisors). “The response has been tremendous from students across the board,” says Mr. Berman. “The athletes come in for our burgers and hot dogs because they are so good. We also cater to any students with special needs diets. On both sides, we maintain a gluten-free area, for those students with Celiac disease. We carry gluten-free wraps and “bread” and always try to have a gluten-free entrée.”

“I think that we are doing a tremendous Kiddush Hashem by having kosher food available to non-observant students,” continues Mr. Berman. “Also, Mark and I are available to answer questions from all the students. There is a large lack of knowledge of Kashrus amongst the non-Jewish world. Many people think that we have blessed the food to make it kosher. Unfortunately, we’ve found many Jews who think the same. When I can educate people about the beauty of keeping kosher, I especially find my work very rewarding and fulfilling.”

Likewise, for STAR-K, the logistics of setting up a kosher kitchen on campus and overseeing its operation goes beyond the actual certification of the food, itself. As Rabbi Kurcfeld put it, “Not only do I get a tremendous amount of nachas when I see the students enjoying deliciously prepared kosher food, it gives me great satisfaction to know that these colleges have offered the students the opportunity to eat kosher – an opportunity they never had before.”