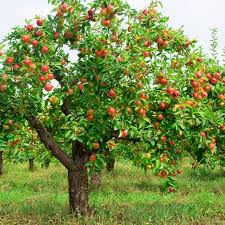 SCENE 1: You are hungry. You desperately need something to hit the spot. Suddenly your friend offers you a delicious chocolate frosted cupcake . . . complete with sprinkles. Your mouth begins to water . . . you are just about to take that first irresistible bite when your inner voice raises the age-old query, “How do you know if it is Kosher?” Your ecstasy is short lived. Your hand pulls back and you put the cupcake down. You exercised self control. You are still hungry but you passed the test.

SCENE 2: Chava was hungry. Suddenly someone offered her a delicious fruit. It was beautiful. It was tempting. It was irresistible. It was from the Eitz Hadaas, the Tree of Knowledge. She wished she was still hungry but she failed the test. If only she would have exercised self control . . .

Indeed the Midrash1 cites R’ Yehuda ben Pazi who draws a marked distinction between Adam, Chava and the behavior of Bnei Yisroel. Adam and Chava’s impetuousness deterred them from heeding Hashem’s command for even one hour while we have the wherewithal to exercise self control and resist eating the “fruits of our labor” for three years!

The Torah2 commands us to wait for three years before partaking of any fruit from fruit bearing trees. The forbidden fruit of this period is known as orla.

The Torah states that fruits of the first three years shall not be eaten. When do we start the three-year count? Interestingly the three-year count is flexible, depending upon the time that the tree is planted. All trees begin their annual count from Rosh Hashana. According to the halacha if a tree was planted 45 days prior to Rosh Hashana, i.e., the 15th day of Av, the young sapling enters its 2nd year of the orla count in 6 weeks.4 However, if a tree was planted 44 days before a Rosh Hashana one would have to wait an additional year before eating fruits. Fruit that ripen after the Tu B’Shvat following the third year are permitted.

What is a fruit? Technically, “fruit” is defined as the “edible seed bearing structure of a plant”. This definition includes melons, berries, tropical fruits such as bananas, as well as other popular fruits. Horticulturists define fruits as “the edible food of a woody perennial”. A perennial is a plant that lives for two years or more. An annual is a plant that dies or degenerates after one year. The Shulchan Aruch and horticulturists consider the fruit of an annual a vegetable. A banana is a perfect example of a tropical fruit that grows on an annual plant. After one season the banana bush dies and a new shoot grows in its place. Hence a banana is halachically considered a vegetable and the bracha, the blessing, made on a banana is borei pri hoadama .5

However, the halacha is even more exacting with its definition of a fruit tree as it applies to orla. If a tree would not produce fruit for three years, or if a fruit is produced in less than a year from the time of its planting, that fruit would not be subject to the laws of orla.

This point was illustrated more than 500 years ago when the Rabbis of Tzfat were asked whether the “bendingen,” more popularly known as “chatzilim” in Israel or eggplant in the United States, is subject to orla. The fruit of the bendingen is borne within one year of the tree’s planting. Subsequently the quality of the bendingen diminishes in the 2nd season of growth, while the 3rd season produces fruit of an even poorer quality. Should bendingen be subject to the laws of orla or not? It was decided by the great Rabbis of Tzfat that since the tree bore fruit so quickly and the quality diminished rapidly, the eggplant is considered to be a vegetable.

Furthermore, the Birkei Yosef records this query as it was posed to R’ Yosef Karo zt”l, the author of the Shulchan Aruch His answer was as follows, “the Holy Ari z”l ate bendingen, so it must be kosher!” Obviously the Bais Yosef concluded that “bendingen” is not subject to orla .6

In a recent responsa, a similar question was posed about the orla status of a papaya. The Gaon R’ Shmuel Garmizon and the Mahari Chalevo site a Tosef that states that if a tree bears fruit within a year of its planting, that fruit is halachically considered a vegetable. Papaya can be harvested within eight to 10 months of its planting. Since the papaya tree bears fruit so quickly, as in the case with eggplant, the papaya is considered a vegetable; the blessing made on a papaya is borei pri hoadama and it is not subject to orla .7, 8

Fruits do not have to grow on a woody tree to be subject to the laws of orla. Grapes are a classic example of fruits growing on vines that are subject to orla. Kiwi is a fruit that is a relative newcomer to the shores of the United States. Is kiwi fruit subject to orla? Kiwi grows primarily in New Zealand, Chile, Italy and was cultivated in the United States 25 years ago. The kiwi fruit grows on vines, similar to grapes. The vines are perennial and would be a candidate for orla. However, since the kiwi plant requires three to five years before it matures and bears fruit, orla is not a problem.

Where does orla apply? The Torah clearly states that the mitzva oforla began “Ki savo el haaretz”, upon entering the land of Israel. M’doreisa (according to Torah law), orla applies only to fruit grown in the land of Israel. However our Rabbis teach us that the laws of orla are not unique to fruit grown in Israel and the mitzvah is observed in the Diaspora as well! However, there is a fundamental orla difference between fruit grown in Israel and fruit grown in the Diaspora. In Israel, orla fruit is prohibited m’doreisa (from the Torah). Fruit grown outside Israel is forbidden through halacha l’Moshe m’Sinai, Divine tradition. If we have a question of a specific fruit whether it grew within the three years of planting, sofek orla, the halacha is as follows. The fruit grown in Israel is considered an orla fruit and is prohibited .9 A fruit grown outside Israel, in the Diaspora, the halacha l’Moshe m’Sinai instructs us to permit the fruit . 10 11 Today in Israel, fruit charts with specific orla information are distributed to help consumers identify orla concerns .12

How does orla apply to grafting? It is a known fact that trees, branches and rootstock are commonly grafted. Grafting increases a fruit trees productivity, helps repair damaged plants, or is used to cultivate or reproduce a unique fruit characteristic that develops, such as an unexpected variety that appears, e.g., Granny Smith apples or seedless fruits. Grafting is typically used to speed or direct a tree’s growth and to further produce the unique variety. There are three popular methods of grafting: whip, cleft and bark grafting.

At the conclusion of the orla cycle, the fruits borne during the fourth year are vested with special sanctity and are known as neta reveii. Before eating these fruits, this sanctity has to be transferred onto a coin, similar to the procedure used to tithe ma’aser sheini. Once the coin is vested with the sanctity of neta revaii, the fruit may be eaten. In the Diaspora, only grapes are imbued with this sanctity. We hope this article gives the kosher consumer a greater appreciation of these mitzvos.
FOOTNOTES