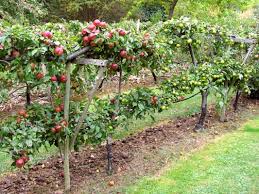 Our rabbis have taught that if the Jewish nation would observe two Shabbosos, they would be immediately redeemed1.  Generally, this is understood to mean that the redemption will come if we observe two consecutive Shabbosos. The question arises as to the significance of two Shabbosos, and many responses have been provided.  There is a beautiful answer offered by the former Chief Rabbi of Moscow, Rabbi Fishman, in his introduction to a commentary on the Yerushalmi Mesechta Shevi’is.  Rabbi Fishman maintains that the two Shabbosos actually refer to the seventh day of the week when we refrain from all melacha, constructive work, and the seventh year of shmitta, when we withdraw our ownership from  the land of Israel and declare all produce ownerless and available for all to take.

Those of us who live outside of Eretz Yisroel  do not have the opportunity to observe the year of Sabbatical rest in the manner of those who live in the land of Israel.  However, we are all concerned about the financial security of our brethren and wonder what we can do to help our fellow Jews.  The only guarantee we have is to follow what the Torah teaches us.  The Torah2 clearly links the improper keeping of shmitta with the golus, our Diaspora experience. It is therefore appropriate that, especially during this shmitta year, when we are all filled with concern for the situation in Israel, we offer to support those who properly fulfill the laws of shmitta.  We should express our gratitude to them for doing their best to fulfill this important mitzvah. .

This article will discuss the “kosher” method of distributing fruit to consumers during the shmittah year:

The Dilemma
In earlier generations, when Israel’s economy was basically agrarian, the distribution and consumption of shmitta produce was relatively easy.  Although produce may not be picked for sale and must be made hefker, ownerless and available for all, a farmer was permitted to pick his own fruit for personal consumption, even that which had grown during the shmitta year.  As long as he did not sell the fruit to others or store it in his home past the proscribed time limits, and treated the fruit with the proper sanctity, it was perfectly permissible to consume personal produce grown during shmitta!

Note:  The one exception to this is the prohibition of s’fichin, vegetables that grow by themselves during the shmitta year which may not be consumed; and must be uprooted when they are noticed.  This is a rabbinic prohibition to deter untrustworthy people from planting vegetables and then claiming that their growth was unintentional – either from seeds that were left over from the previous year or  blown onto their field by the wind.

Today, when Israel’s economy is far more industrial and far less agrarian, accessing produce during shmitta is much more problematic.  Most people do not have a variety of trees in their own backyard.  Since shmitta fruit may not be marketed, and a country needs to be fed, how can the local grocer or supermarket provide their customers with domestic produce during the shmitta year?

The Solution
There are two primary options available.

One solution is a bit controversial and problematic.  There is a disagreement among the poskim whether fruit grown in Israel on land owned by non-Jews have the holiness of shmitta. Furthermore, is it halachically proper to sell Jewish-owned land to non-Jews?  The Bais Yosef rules that land may be sold to non-Jews and the fruit grown in the fields are divested of sanctity.  The Mabi”t rules that since the fruit grows in Eretz Yisroel, although the land may legally be owned by a non-Jew, produce is still holy.  The custom in Yerushalayim is to rely on the opinion of the Bais Yosef. We therefore find many supermarkets and fruit stands selling a variety of produce in Yerushalayim that was grown by Arabs.  However, the Chazon Ish is of the opinion that one must follow the opinion of the Mabi”t.  Since Bnei Brak follows the opinion of the Chazon Ish, they do not have this option available to them.  Stores in Bnei Brak do not market fruit grown on lands of Arab ownership within the borders of Eretz Yisroel, the land of Israel.

Additionally, a problem that arises with any arrangement to sell produce grown on Arab owned lands is the honesty and trustworthiness of the growers.  Kashrus agencies often have to match wits with Arab farmers and distributors who will purchase produce from Jewish farmers that do not observe shmitta, repackage fruit and sell the produce to the kashrus observing public as if they themselves had grown them!  Without this trust, it can be very burdensome and expensive to make sure that a mashgiach is present from the time of the harvest until it is delivered into the hands of trustworthy store keepers and who make sure that no switching will take place.

The preferred method, therefore, is that of the Otzer Bais Din – literally the “Storehouse of Bais Din“.  This concept works as follows: although the Torah forbids marketing the fruits of the Sabbatical year, sheviis3, it is clearly permitted to eat them.  Not only may the owner pick for his own needs, he may also pick fruit for a friend who needs, as long as he does not market the fruit as he normally does. Can I hire someone to go into my friend’s field and pick fruit for me?  Certainly!  This doesn’t violate the laws of shmitta at all, since I’m not buying the fruit; rather I am paying someone for the labor on my behalf.  Taken one step further, I can even hire the farmer himself to harvest the fruits for me, and pay him a flat hourly fee for his labor, as long as it is clear that the money paid is for his labor on my behalf, and not a purchase of the fruits, which I am taking for free.

Enter the Otzer Bais Din, as prescribed in a Tosephta4.  Based on the above principle, the Bais Din approaches a fruit growing farmer and hires him to harvest his own fruit for the public, in exchange for a flat wage.  This agreement stipulates that the farmer will transport the fruit to a storehouse rented by the Bais Din, who will distribute the fruit to the public.  The Bais Din is then permitted to pass on to the consumer the expense in making these fruits accessible to the publicConsequently, when the consumer picks up this fruit from a Bais Din distribution point, or from an authorized grocer , he isn’t paying for the fruit as a consumer; rather, he is simply reimbursing the Bais Din for making the ownerless fruits of shmitta accessible to him. Our farmer has thus been transformed with this arrangement from a purveyor of fruits, forbidden by the Torah during shmitta, to a common laborer earning a wage for his labor, which is permitted during shmitta.

In contrast to fruit grown on land owned by non-Jews (according to the opinion of the Bais Yosef), fruit acquired through an Otzer Bais Din retains the holiness of shmitta, and must be handled with special care.  Scraps and peels may not be disposed of unless they have become fully rotten and may be eaten by those who observe shmitta.  However, this may not be taken out of the Torah delineated boundaries of Eretz Yisroel.

May a greater appreciation for the laws of shmitta and those that sacrifice to keep them hastily bring the complete geulah!