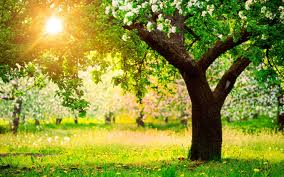 Published Summer 2013
When a tourist comes to Israel from the Diaspora one of the things he has to get used to is the mitzvos hatluot b’aretz, the mitzvos that are unique to Israel. After he gets through taking trumah and maaser, tithing, and makes sure he doesn’t come during shmitta (beware next year!) he is suddenly hit with orla. And when he asks how to cope with this unfamiliar problem he is sometimes given a chart with a list of fruits and orla percentages which, if he isn’t totally confused, the charts will certainly finish off the job. “What do all these percentages mean? And why,” he asks, “can’t someone give me a yes or no answer instead of these percentages?” So what do the percentages on these fruit charts mean?

In order to understand what the charts mean it is necessary to understand the halachic problems of orla in Eretz Yisroel today. Fruits produced during the first three years of a trees growth are prohibited. With new agricultural advances, especially in Israel, which in many ways has the most advanced agriculture in the world, trees now give good fruit in their second year of growth. Furthermore, the older and taller the tree the more time and money it takes to pick. It makes economic sense, in trees like peaches, to uproot some trees every few years and plant again. Other fruits that are commonly replanted are seedless grapes, where shoots are being continuously put into the ground1, and pomegranates, that have new branches coming up directly from the ground.

How does the Israeli housewife tackle the problem of orla in the marketplace? There are many opinions to approach this issue. The following are the most common:

The charts indicate the percentage of orla found in the field of each type of fruit picked. Those varieties that have no orla or negligable amounts of orla, i.e, less than .5%, would not present a problem. Those with higher percentages require halachic scrutiny. In reading the charts it is important to realize that not all types of the same fruit have the same percentages of orla. So you may have some types of peaches with 7% and others with 1%. The newer charts have pictures to make it easier to identify the different types of fruit. The charts come out twice a year; one for summer fruit and one for winter.

So what should you do? As usual, your Rav or Posek should be consulted to see which fruit markets have appropriate kosher certification and have resolved these questions appropriately.