Shai and Maayan Ben-Eli traveled the farthest – 5,863 miles from Yerushalayim – to attend the STAR-K Food Service Kashrus Training Seminar, held in the agency’s Baltimore offices, August 5-7. The Ben-Elis are being groomed not only as STAR-K mashgichim for their upcoming move to Kolkata (formerly Calcutta), India, but as the agency’s emissaries to the once-thriving Jewish community.

There has been a Jewish presence in Kolkata since 1798, when a Syrian jewel trader, Shalom Cohen, migrated there. Other Jews followed, mostly from Iraq and Syria, who opened businesses and exported silk, indigo, and opium. By the last half of the 19th century, the city was bustling with 3,000 Jews. During World War II, the Jewish population peaked with those seeking refuge. The community teemed with Jewish amenities for its nearly 5,000 Jews until that number rapidly diminished when India gained independence from the British in 1947 and, again, with the founding of Israel in 1948.

Today, only 20 or so Jews remain in Kolkata. Explains Mrs. Ben-Eli, “We will be giving STAR-K hashgacha for the many STAR-K factories in Northern India and the surrounding regions that produce items such as rice, tea, and spices, but we are also moving there to help out its very small Jewish community.”

Dr. Isaías Mendelewicz made the 2,075-mile trip to the training seminar from San Jose, Costa Rica. A neurologist by profession, Dr. Mendelewicz helps Chief Rabbi of Costa Rica Rabbi Yechiel Yitzchak Prober of the Centro Israelita Sionista de Costa Rica, by overseeing the kashrus of their small community on a part-time basis.

“Right now, we don’t have full-time mashgichim, but we don’t have so many events or stores,” explains Dr. Mendelewicz. “We do the hashgacha for one meat store and two restaurants; the rest, are simchos like bar mitzvos and chasanas…STAR-K has policies and practices our community can learn from.”

The seminar opened with Greetings from STAR-K President Dr. Avrom Pollak. Lectures included: “Food Service Hashgocho”; “The Art of Being a Mashgiach”; The Important Differences Between Ashkenazim and Sefardim”; Kashrus of Beer, Wine and Liquor”; “The Soft Beverage Industry”; “Catering Events, Hotels and Off-Prem Jobs”; “Kashering”; and, “Practical Kashrus in Practice”.

Hadassah Rothenberg Levenson and Joellen Kirshtein attended the seminar from Charleston, South Carolina. Mrs. Levenson has a position in the kosher/vegan/vegetarian dining hall of College of Charleston. She is also involved, together with Mrs. Kirshtein, with their shul, Brith Sholom Beth Israel Synagogue, founded in 1878.

“We do a lot of dinners and have a lot of volunteers coming in,” mentions Mrs. Kirshtein. “We got a lot of practical information during the seminar on how to handle certain things, so there are no mix-ups. It’s been great. The bug checking is amazing!”

“It was also very helpful to learn how to respond to people who give you a hard time about kashrut – to be sensitive and put your point across,” adds Mrs. Levenson. “Of course, since vegetable washing is something that I do primarily at the dining hall, learning how to do it efficiently was extremely helpful.”

Rabbi Hayim Arking, administrator of the Jersey Shore Orthodox Rabbinate (JSOR), came with one of his supervising mashgichim, Rabbi David Condiotti, and his Rosh Chaburah of Kollel Ohr Halacha – Deal, Rav Binyamin Seruya, to the seminar, in the hope of “strengthening the Vaad to continue what our Kashrut Coordinator, Rabbi Isaac Farhi, has been doing for the past 25 years” and “bring a freshness and new life to JSOR.”

“The seminar was extremely helpful,” remarks Rabbi Arking, whose agency certifies over 50 establishments, in addition to catered events in the Deal/Jersey Shore area. “It was definitely worth the trip. The networking was extremely helpful and while we were here, we had the opportunity to talk many points over, face-to-face, with STAR-K rabbonim. Their experience in working with local communities and giving hechsherim all over the world enables them to offer expertise and serve as a resource for sourcing substitute products for the number of establishments that are currently looking to turn over to kosher.”

Concludes STAR-K Kashrus Administrator Rabbi Sholom Tendler, coordinator of the seminar, “It is always a pleasure and a chizuk to interact with Mashgichim and Rabbonim from other parts of the country and the world. Many in this group already had experience in Kashrus and Rabbonus, which made it especially enjoyable and allowed everyone to gain from the shared discussions even more. We hope everyone gained from the seminar and we wish everyone much hatzlacha in ensuring Kashrus in their respective jobs and communities at the highest levels possible.” 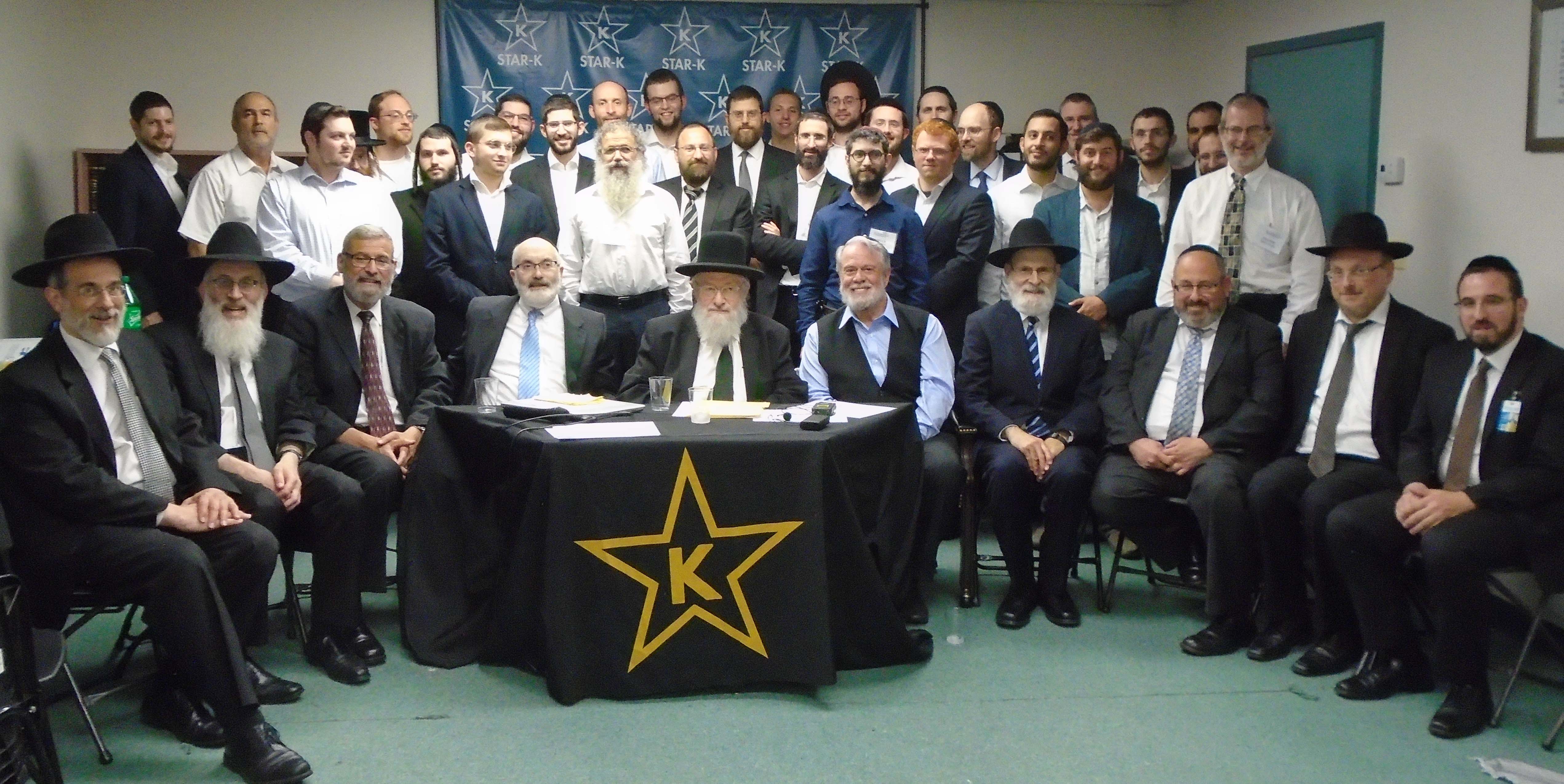