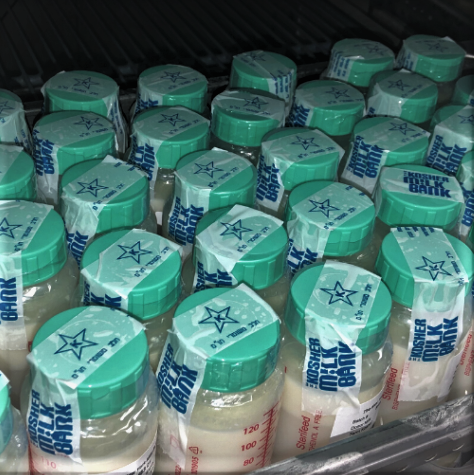 The importance of pairing a Jewish nursemaid with a Jewish baby can be found in Parshas Shmos. After baby Moshe was saved from the Nile River by his rescuer – ironically, Batya, the daughter of Pharoah, who mandated that all Jewish newborn males be killed – he cried profusely, refusing to be nursed by her gentile Egyptian maids. Thanks to his sister, Miriam, who happened to witness this scene by the river’s edge, Moshe ended up serendipitously receiving the nursemaid services of his own mother, Yocheved.

The Gemara [Sotah 12b] notes that Baby Moshe refused to nurse from a gentile woman, asking, “Shall a mouth that will speak with the Divine Presence nurse impure milk?” The Rama [Shulchan Aruch, Yoreh Deah 81:7] rules that a child should always avoid nursing from a gentile woman when it is possible to nurse from a Jewish woman, quoting the Rashba’s reasoning that the nature of non-Jewish women will affect the child. The Rama goes further, citing an opinion that a Jewish woman who is forced to eat non-kosher foods should refrain from nursing. He concludes that one should follow the stricter opinion of both possibilities.

Accordingly, Mrs. Chaya Millet of the Lev Rochel Bikur Cholim Milk Depot of Lakewood approached STAR-K Kashrus Administrator Rabbi Shmuel Heinemann to ensure that Jewish babies in need of mother’s milk – who for whatever reason cannot get it from their mother – obtain it from a shomer Torah u’mitzvos donor.

Explains Mrs. Millet, “As a lactation consultant, I get calls occasionally from mothers looking for milk. When you have a preemie or very sick baby in the hospital who is in need of milk, it is dangerous for the baby to get formula; they need mother’s milk. It’s really pekuach nefesh for these very vulnerable babies. Therefore, if the mother cannot produce milk at that point – or for whatever reason the mother doesn’t have milk for her baby – in order for the baby to survive, milk is needed from the milk bank which has pasteurized mother’s milk.

“When a mother would call me to say her baby is in the hospital and asks if we have kosher milk – milk from a Jewish mother – the answer was, ‘We have milk but it’s not pasteurized, so the hospital won’t accept it,’” continues Mrs. Millet. “I felt very badly about it. I thought the Jewish community is big enough today, why can’t we have that? There is enough extra Yiddishe milk for us to process and get to the hospital.”

There was a lot of bureaucratic work behind the scenes to make this a reality in a highly regulated industry; milk bank guidelines were developed in consultation with the federal Centers for Disease Control and Prevention and the Food and Drug Administration.

“We approached the New York Milk Bank (NYMB), which was very accommodating and sensitive to our needs as a community,” explains Mrs. Millet. “In order to get it kosher certified, Rabbi Heinemann was so amazing. He gave us his time so willingly and freely, guiding us in how to get the pasteurization process kosher to STAR-K’s standards. It took more than a year from when we started, but Boruch Hashem, we had our first run in June, which was very successful. Now, we finally have kosher pasteurized mother’s milk. Kudos goes to Julie Bouchet-Horwitz, NYMB’s founder and executive director and Roseanne Motti, the director of operations, who were so helpful with the logistics to get this off the ground. Also, to Lev Rochel Bikur Cholim of Lakewood which houses the drop off freezer that stores the donor milk until it is sent to NYMB.”

“Every production requires a mashgiach to ensure that they are only producing milk that has been proved to be kosher milk,” further explains Rabbi Heinemann, who traveled to NYMB, in Valhalla, New York, to oversee the first kosher production. “We make sure that they are only processing kosher milk for that specific production; then, we seal it. We had to figure out a way to make sure from whom we were getting the milk. The potential donor must fill out a questionnaire and submit it together with a letter from a rabbi who can vouch that she is actually shomer Torah u’mitzvos.”

The second prerequisite, after the donor mother is approved according to these STAR-K standards, is for the donor to be approved by NYMB’s four-step screening process. This is based on the bloodwork and medical history of the donor and baby.

“Once they are approved, we send the donor special stickers which must be affixed to each individual bag of milk donated,” continues Rabbi Heinemann. “Prior to production, the mashgiach checks the individual frozen milk bags for the sticker which bears the Hebrew signature of the donor, attesting that it is indeed from a shomer Torah u’mitzvos source, and the pasteurizer is kashered. The mashgiach watches the production through the pasteurization process until it is bottled and labeled. Each donor’s milk is produced separately; it is not mixed and bottled with that of other donors.”

The finished product is then sealed and frozen until it is distributed to hospitals and parents who have prescriptions from their doctors. Recipients include mothers of premature and sick babies; adoptive, foster, and surrogate parents; and, women with full-term, healthy babies who don’t produce sufficient milk, themselves. Donor milk is a covered benefit through Medicaid for inpatients. NYMB is working tirelessly to ensure coverage for outpatients on a case-by-case basis.

Mrs. Millet says the next hurdle is getting the word out to mothers and hospitals who don’t yet know about the STAR-K-certified donor milk, for the babies who need it, since it is a new product and not every hospital is contracted to NYMB.

“STAR-K is not charging for overseeing kosher production of this milk,” notes Rabbi Heinemann. “We are providing our hashgacha, gratis, as a service for the community. We’d like to thank Mrs. Millet who has spent so much time on this project and has not taken a penny for it – she is doing it all l’shem shamayim. It is a total chesed.”

Concludes Mrs. Millet, “There were steps along the way where I felt Hashem’s hand guiding me, telling me that we are doing the right thing…Even though there were hurdles and Corona pushed us over, Boruch Hashem, when we got that milk I came home and said, ‘Mazel Tov!’” 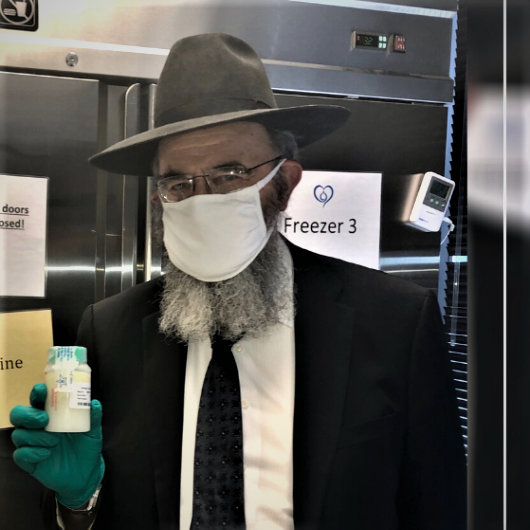