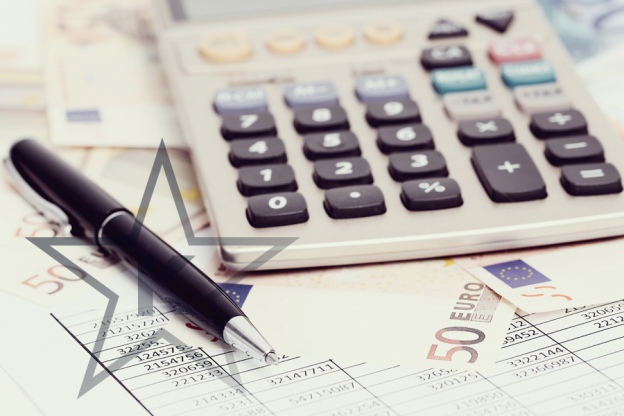 “Oh, you need a loan to buy a new car? Check out Penn-Atlantic Credit Union. They’re practically giving money away!”

With interest rates of less than half of what is typically offered by a conventional bank, credit unions are a practical and popular choice for many consumers. Credit unions can give these low rates because they are non-profit and cooperatively owned. In order to borrow from a credit union, you must first be a member; every member is a partial owner, with both a financial stake and a vote in how it is run. This arrangement, however, presents a serious halachic concern: ribbis, the Torah prohibition against borrowing and lending of money with interest.

In truth, there is a similar ribbis concern in many bank loans. Mutual savings banks are structured similarly to credit unions; each depositor is a partial owner. The bank essentially acts as a shadchan between the many owners and the borrower. In a conventional bank as well, there is a concern of ribbis if just part of the bank is owned by a Jew.1 How can we bank freely when each deposit and loan carries with it this risk of ribbis?

This issue first came to a head in the late 1800s, when mutual savings banks and loan societies became widely available to the Jews of Europe. In 1864, Rabbi Shlomo Ganzfried published his classic Kitzur Shulchan Aruch, in which he wrote that if a Jew owns shares in a mutual savings bank it is subject to the prohibitions of ribbis. One may not own shares in such a bank, borrow money from it, or even deposit money there.2

The first to respond was Rabbi Yosef Shaul Nathanson. He took issue with Rabbi Ganzfried’s stringent ruling and put forth two reasons to permit the loan. First, the opinion of Rashi is that the prohibition of ribbis does not apply through an intermediary. Second, the principle of breira applies – in other words, the funds financing a loan are “selected” from those of the non-Jewish depositors who are not subject to the prohibition of ribbis.

Over the next half century, this issue was hotly debated in the responsa literature. While many authorities took issue with Rabbi Nathanson’s specific reasoning, several other rationales were given to permit borrowing with interest despite Jewish ownership.

Most Poskim permit these loans only when the majority of the ownership belongs to non-Jews. This leniency is based on one of two principles:

Some apply the rule of kol d’parish m’rubah parish, i.e., we can assume that the money funding this loan came from the majority of monies.4

Others apply the concept of batul b’rov, i.e., the Jewish money is nullified in the majority non-Jewish money, at least as far as the prohibition of ribbis is concerned.5

Another approach to permit borrowing from a bank delves into the question of responsibility for the loan. How can we identify who is really lending the money? It stands to reason that whoever bears the loss if the borrower defaults on the loan is considered the real lender.

In bank loans, the risk of a defaulted loan is borne by the bank. This means that depositors and shareholders have no claim against a borrower should he default. Therefore, any loans that the bank extends are not on behalf of their Jewish depositors, even if the bank is technically lending the Jewish money.6

Yet another approach takes advantage of a small loophole in the laws of ribbis. According to the Mishnah, the borrower is responsible to pay the scribe’s fees for writing the promissory note documenting the loan (s’char sofrim).7 It seems from this that the costs incurred in servicing a loan may be paid by the borrower without a concern for the prohibition of ribbis. Given that banks have extensive operating costs, such as rent and salaries, bank loans would not be subject to the prohibition of ribbis as any monies paid over the original amount of the loan are to be viewed as an expanded schar sofrim, paying those costs.8

The above discussion about the banks and loan societies of the late 19th century dealt with smaller institutions in which the share of each partner was significant, and their contributions directly fueled the loans.

Modern banks, like most big businesses in the United States, are incorporated. This legal term – derived from the Latin word corpus, or body – means “to form or add into a body”. In other words, when a business is incorporated it is given a life, or at least a body, of its own. It then exists independently of its owners and founders. The corporation can own property and make contracts and other transactions with limited connection to the owners. Their liability is limited to their stake in the company.

However, while the halacha does recognize the partnership aspect of a multi-owner corporation and also allows for limitation of liability, there is no clear halachic device to divest Jewish owners of their connection to their share of the corporation. Consequently, how can a Jew own a share in a corporation which conducts business on Shabbos? Does he need to inspect its warehouses for chometz? Can they lend money with interest?

In a seminal responsa, Rav Moshe Feinstein, zt”l, wrote that owning a few shares in a corporation is not considered a halachic partnership at all. Firstly, a shareholder has no substantial say in how the business is run, whereas a true partner influences the business decisions. Furthermore, a shareholder has no actual stake in the assets of the business, so his investment is more of a bet on the future profits of the company.9 Rav Elyashiv, zt”l, agreed, writing that it is obvious that this is not true ownership.10 According to this reasoning there is no issue whatsoever in borrowing money from a bank even if there are Jewish shareholders.11 Likewise, there is no problem owning shares in a business that operates on Shabbos or deals in chometz on Pesach, as the shareholder does not truly own the business.

In November of 2018 several major Poskim in America publicized a statement as follows:

“It is our opinion that it is forbidden both to join credit unions and to borrow from them without a heter iska, and one who does so is lending and/or borrowing with ribbis. This was also the opinion of Rav Moshe Feinstein, zt”l, and the leniency which he wrote does not apply here. However, since there are those who find room for leniency even though it is fitting and correct to be stringent about a Torah prohibition, one who wishes to borrow money, or who has already borrowed money [from a credit union] should consult his rabbi or other competent authority…”

As mentioned above, Rav Moshe, zt”l, held that a minority share cannot be considered true ownership, as the shareholder has no say in how the business is run. Credit unions are cooperatives and function according to a one-member-one-vote system regardless of the size of a member’s holdings. In other words, unlike corporations that are generally run by the majority shareholder or a group of large shareholders, credit unions offer an equal voice to every member.12 Moreover, any profits from the credit union’s loans are distributed equitably. Therefore, every member of a credit union is a true owner and Rav Moshe’s logic permitting bank loans would not apply.

Still, even assuming that Rav Moshe’s heter does not apply, the discussion about the loan societies in Europe is entirely relevant to the credit unions of today. Those arguments would permit borrowing from credit unions as well.

Based on the above, it is the opinion of Rav Moshe Heinemann, shlit”a, that ideally a heter iska should be used when borrowing from a credit union.13 However, in circumstances in which a heter iska is not possible or when one has already borrowed money from a credit union, there is an established custom to be lenient and permit the loan.

It is important to note that Rav Moshe Feinstein’s heter of corporate ownership applies only when the Jewish share is not significant. He writes that once a Jewish shareholder’s opinion impacts the running of the corporation, he is considered a true partner/owner. The business must then be treated as Jewish-owned. This became a pressing issue in 2018 when people realized that Quicken Loans, the largest mortgage lender in America, was mostly owned by Jews. Quicken swiftly responded by instituting a heter iska on all of their loans.14