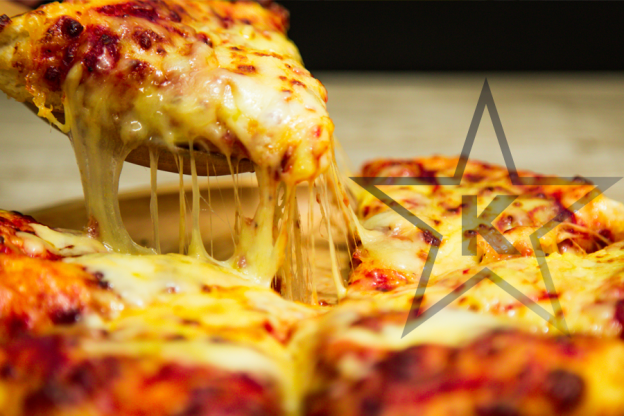 If you ask any out-of-town kiruv professional involved in outreach, “What are the two most important community ‘must-haves’ needed to attract baalei teshuvah or create growth in a particular Jewish community?”, nine times out of ten the answer you will get is 1) an eruv and 2) a kosher pizza shop! I can bear witness to this fact. At the beginning of my tenure as executive director of the Vaad Hoer of St. Louis 35 years ago, I sent out a questionnaire to the frum kehilos and the community at large asking what they think would enhance the St. Louis frum community. Believe it or not, the overwhelming response was a kosher pizza shop. Soon thereafter, a kosher pizza shop opened. Subsequently, two community eruvim were also built.

Similarly, over 40 years ago in my shul in Birmingham, Alabama, where the community was too small to support either a kosher pizza shop or an eruv, one of the congregants who happened to be a professional pizza chef made kosher pizzas for the shul every month.

The History of Pizza

When did pizza become so popular? Speculation has it that pizza, a popularly known flatbread topped with cheese and vegetables, dates back to ancient times. According to some Hebrew historians, the word ‘pizza’ is derived from a kosher cookie called ‘pizzarelle’, which was eaten by Roman yidden after coming home from shul. This etymology is one amongst many, but probably the most intriguing.

Contemporary historians attribute the modern-day pizza to the Italian pizza maker, Raffaele Esposito, who created the pizza in honor of Queen Margherita of Savoy, Italy in 1889. His creation was called ‘Pizza Margherita’. In the early 1900s, the first pizza shop was opened in New York City by Gennaro Lombardi. At that point, pizza was exclusively viewed as an ethnic dish and did not cross over to the U.S. at large until after World War II, when servicemen returned from Europe and pizza shops began to proliferate. Of course, with the commercialization of pizza it did not take long for kosher pizzerias to make their appearance in Jewish communities throughout the New York area.

The kashrus of pizza ingredients is relatively simple: Flour, water and yeast for the dough and kosher tomato sauce, kosher cheese, herbs/spices and vegetables (no pepperoni) for the toppings. What was not so simple was determining what bracha to make over pizza. Pizza dough is a bread dough and the bracha made would be Hamotzi; however, the pizza’s other components could transform it to a completely different bracha. Pizza falls into a unique category of bread-like products known as Pas haba’a b’kisnin. Pas Haba’a B’kisnin literally means ‘pocket bread’.  Horav Moshe Heinemann, shli”ta, gave us a novel explanation of the term ‘b’kisnin’ as a bread product that you can put in your pocket.  This should be taken figuratively, not literally. However, Rav Heinemann maintained that it was called pas haba’a b’kisnin for its snack-like qualities.  These products were not created for k’viyas seuda, breaking bread at a meal.

Halacha concludes that all four opinions fulfill the criteria of pas haba’a b’kisnin, and the bracha recited would be Borei Minei Mezonos.3

Putting the Consumer Into the Picture

Nevertheless, as with every general principle there are exceptions; Pas haba’a b’kisnin, is no different. There are two common scenarios when a “Mezonos” pas haba’a b’kisnin product can be elevated to Hamotzi status.

When One is Kovea Seuda

The term “Mezonos roll” is one of the great kashrus oxymorons. Often, a roll comes with a sticker stating, “Made with Apple Juice – Birchoso Mezonos”. If the roll is bread, how can the bracha be Mezonos? If the roll looks like bread and tastes like bread, how can the bracha not be Hamotzi? Even if apple juice is used in the recipe, if it looks like a roll and tastes like a roll then it is still considered to be a roll.

However, an excellent example of a pas haba’a b’kisnin challah is a new Baltimore creation, the Cinnamon Babka Challah, the bracha of which is Mezonos. This challah is braided like a regular challah, and is topped with a streusel topping, loaded with cinnamon; it looks like a challah but tastes like a babka. This fulfills the criteria of pas haba’a b’kisnin, and the bracha would be Mezonos unless it is eaten together with your Shabbos meal, in which case the bracha would be upgraded to Hamotzi.

A Pas haba’a b’kisnin Anomaly: Putting the Producer Into the Picture

How can you tell the difference between a commercial and a local bakery bagel chip? Commercial bagel chips do have a bagel look and texture, yet many of them do not have a hole! Furthermore, they are all uniform in size and thickness. Bagel chips fitting these criteria would be pas haba’a b’kisnin. On the other hand, bagel chips made from leftover bagels, which were originally intended to be eaten as a meal, would be similar to Melba toast and the bracha on these bagel chips is Hamotzi. If the baker has no specific intention, he or she often bakes bagels knowing that some of them will eventually be converted into bagel chips. Those bagel chips would be pas haba’a b’kisnin.

Melba toast is a classic example of bread that is subsequently toasted. Melba toast was named after Dame Nellie Melba, who wanted a low-fat alternative to bread so that she could watch her weight. The baker’s intention when making the Melba toast was to create an alternative to bread. Even though Melba toast resembles Rav Hai Gaon’s criteria of pas haba’a b’kisnin, the bracha on Melba toast is Hamotzi. Conversely, frozen pizza boards that are par-baked and edible are manufactured with the intention of being further processed into pizza, a product that is a snack food, and is pas haba’a b’kisnin upon which one recites Mezonos.

Frying creates a completely different halachic ruling with all bread products. Any fried bread product – croutons, pita chips, bagel chips and the like – warrants a Mezonos because frying nullifies the bread status of a bread product less than a k’zayis. Boiling a flour-based product, such as pasta, always creates the Borei Minei status because it is not bread and does not have the texture of bread.

Baruch Hashem, we are living during a time when we can benefit from Hashem’s generous bounty and  experience the culinary  innovation to create delicious dishes. Also, Baruch Hashem for giving us the chochma, wisdom, to properly apply the halachic fundamentals to understand what we are eating so that we can  recite the correct brocha.  We are fortunate to have the double benefit of being able to enjoy the fruits of our labor while giving nachas ruach to the Ribbono Shel Olam.