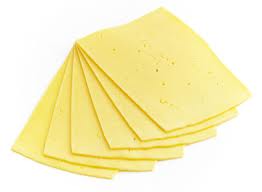 Let’s examine the facts.  Although there are hundreds of types of cheese, they still have to undergo the same basic processes starting with pasteurized milk.  The milk that is being converted into cheese is pasteurized so that any harmful bacteria will be killed.  Depending upon the type of cheese produced, the milk may be separated to lower the milk fat content of the milk.  After pasteurization, the milk is pumped into a cook vat where a starter culture containing specific bacteria is added.  The bacteria in the starter culture forms acids in the milk and lowers the pH of the milk to a critical acidity level.  It is the culture which gives different cheeses their special characteristics.  Every variety of cheese needs to be “cooked” at a specific temperature so that the culture can work.  If the specific temperature is not maintained, the bacteria in the starter culture fail to multiply and the cheese process could not continue.  Some cheeses are cooked at low temperatures within 86oF -96 oF.  Other cheeses are cooked at much higher temperatures.  After the culture is thoroughly blended, a substance containing enzymes known as rennet is added to the milk.  It is the rennet that allows the milk to coagulate and set.  The coagulated milk is formed into a smooth, custard-like solid called the curd.  Finally, the curd is ready to be cut which means that the cheesemaker breaks up the curd, separating a rich, cloudy liquid from the solid pebble-like curds.  The liquid cloudy water is known as whey, and the pebble-like curds is the basis of the cheese.

In earlier generations, in order to make kosher cheese it was necessary to use rennet from an animal that was properly slaughtered and koshered.  The halacha prohibits cheese that was coagulated with non-kosher rennet or non-kosher enzymes.  Natural rennet is derived from the lining of a calf’s stomach.  Today, microbial rennet is widely used.  This rennet is produced by growing the protein on microorganisms.  Microbial rennet is readily available with reliable kosher certification.  Even if the rennet and starter culture are kosher, our Rabbis have decreed that in order for the cheese to be kosher a Yehudi (a Jew who is restricted to the laws of kashrus) must put the starter culture rennet and/or other coagulation media into the milk.1  If not, the cheese would be forbidden.2  The Rabbinical non-permitted cheese is known as gevinas akum.

Cheese can be made only from milk of behaimos tehoros, kosher species.3  Based on this phenomenon, some Poskim maintain that if the milk that is being used for cheesemaking has been designated at the time of milking to make cheese, this milk is not subject to cholov akum i.e., milk that was not supervised by a mashgiach (a Yehudi supervisor) and remains cholov hamuteres.  This means that non-supervised milk can be used to make kosher cheese.  It is the Star-K policy to only use supervised milk for Cholov Yisroel cheese.

What is casein?  Casein is the main protein found in milk and subsequently found in the cheese curds.  In the past, casein was used typically for industrial applications as an adhesive for plywood, sizing for paper, or as an ingredient for paint.  In the 1960’s, casein was developed for food applications.  Today, casein is used in a plethora of food applications.  It can be used as an emulsifier in coffee whiteners, a stabilizer in ice cream or a thickener in soups, gravies, or whipped toppings.  It can also be used to provide texture to pasta, nutritional food bars or bakery products.

How is casein manufactured?  The main ingredient of course is milk.  To manufacture casein, one must use skim milk; therefore, the milk must be separated into cream and skim milk.  The skim milk is then pasteurized and cooled, and is either inoculated with lactic acid if acid casein is being manufactured, or in the case of rennet casein, natural or microbial rennet is added.  The milk is then incubated, and after the desired pH is reached the product is heated to approximately 110oF.  This results in the coagulation of the product into a soft gel, and the cheese is then cut so that the curds and whey separate.  The curds are then dried on a fluid bed drier to a moisture level of 10-12%, and the dried casein is then milled, sifted and packaged into bags.

Acid based casein can undergo further processing to create other casein products known as caseinates.  Caseinates are used in other food ingredient applications.   When the wet casein is mixed with sodium hydroxide, the resulting product is known as sodium caseinate.  This is a popular ingredient which, among other things, may be used as an emulsifier in coffee whiteners, a nutritional ingredient in bakery products, nutritional food bars and beverages, as well as a thickener in soups and gravies.  Casein can also be combined with calcium (lime) to create calcium caseinate, an ingredient in cereals such as Special K.

Does casein have a halachic status of cheese?  Is there a difference between acid based casein and rennet based casein?  In both instances, whether acid or rennet is added to the milk, curds and whey are formed.  Practically speaking, a rennet based product is closely likened to hard cheese like Muenster or Cheddar, while acid based cheese is akin to cottage cheese whose curds are made through an acid application, rather than through rennet.  Do the poskim view both types of curds equally?   For that we have to go back to Miss Muffet’s queries and analyze the situation.

Obviously, the milk that is used to manufacture casein has to be the same milk that is used in the manufacture of cheese.  Although regular milk has to be Cholov Yisroel and not cholov akum, according to some Poskim milk used for casein is permissible as long as the milk is designated to the manufacture of casein products.4  Similarly, the rennet and the acids have to be kosher.  It seems to be a forgone conclusion that rennet based casein, which is manufactured in the same manner as hard cheese (e.g. Cheddar, Muenster etc.) would require a mashgiach to add the coagulant, or else the rennet based casein would be considered gevinas akum and forbidden, like non-kosher cheese.

What about acid based casein and the caseinates made with acid based casein? Does the mashgiach have to add the coagulant?  Similarly, does a mashgiach have to add the acid to make cottage cheese, or for that matter the vinegar, to make Ricotta cheese?  Is there a fundamental difference between the two?  The question was posed to R’ Moshe Feinstein zt’l regarding cottage cheese.5  In his response, he cites opinions amongst the Rishonim that say there is a fundamental difference between natural rennet based cheese, microbial rennet based cheese, and acid based cheese.  Therefore, one could be makil (lenient) with cheeses such as cottage cheese made with acid, due to the fact that if left out long enough, the milk would curdle without the assistance of the acid.

Other Rishonim maintain that there is no difference between the various types, and the mashgiach would have to add the acid to make cottage cheese as he would when making conventional cheese.  Since the Rabbonim made a gezaira (decree) about gevinas akum, the restriction applies across the board.6  R’ Moshe told the questioner that due to the lenient opinions, one need not make a public declaration; however, he intimates that the halachic status of gevinas akum applies to cottage cheese, as well.  This is also the position of the Star-K.

This opinion is not shared by other kosher certifying agencies regarding casein products, as well as cottage cheese.  Hence, one will find certifications on many dairy products such as coffee whiteners, cereals, nutritional bars, etc.   Although there are those who are lenient with powdered milk and powdered whey, even if the casein was powdered, it would present a greater halachic issue even to those who accept products made with powdered milk.  Due to the fact that casein is considered to be gevinas akum before drying, the prohibition would still remain intact even in its powdered form.