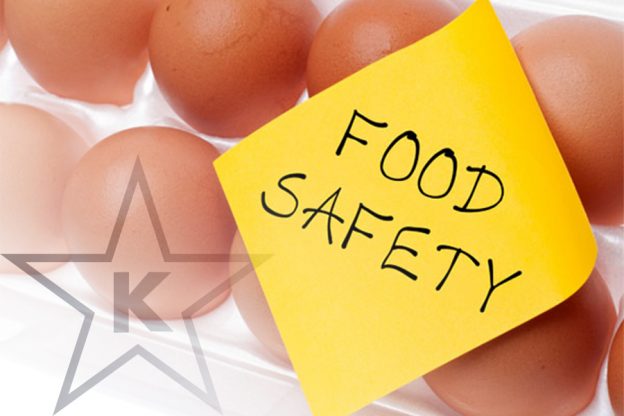 In an ongoing effort to keep food processing on a high level of quality, a new position known as Director of Food Safety has been created in the Quality Assurance departments of food processors. In fact, there is a relatively new certification program that companies undergo known as SQF certification. SQF stands for Safe Quality Food, and there are different levels of SQF certification: 1, 2 or 3.

SQF standards are very rigorous, some may say bordering on excessive. However, the repercussions can be devastating if a company’s production environment is compromised or unsanitary. A common nemesis to food producers that Quality Assurance valiantly tries to battle is the presence of E-coli, bacteria comprised of many different strains that are commonly found in one’s intestines. Most are harmless, yet there are some E-coli that can cause severe food poisoning.

When the bagged salad industry was in its fledgling stage, E-coli food poisoning was traced back to a bagged spinach producer. This caused industry-wide panic. Another incident was traced to a famous lettuce producer who did not take proper precautions with its H-Vac (air conditioning) system. Due to improper maintenance, E-coli subsequently found its way to romaine and iceberg lettuce and was responsible for many reports of food poisoning and even death. Listeria is another type of bacteria that can be found in uncooked poultry or other raw food products. It can be quite harmful if someone is infected with this food-borne bacterium.

For these and other reasons, there is no place in the world of food processing for substandard or unsanitary food production. In fact, STAR-K certifies Intralytix, a biotechnology company focused on food safety, sanitation and other products developed to control bacterial pathogens in a food processing setting. The Torah is passionate concerning health and safety in general, and food safety in particular. Based on the pasuk, “רק השמר לך ושמר נפשך מאד”, “Only be careful and watch yourselves closely”,1 one is to exercise spiritual as well as physical watchfulness. There is discussion amongst the commentaries regarding risk-taking, personal safety and being careful to maximize food safety and a high standard of hygiene in food establishments.

Although the argument can be made שמר פתאים השם,2 “Hashem watches over the unaware, the truth is that Chazal tell us אין סומכין על הנס, we don’t count on miracles. Halacha is quite insistent about not taking risks and chances with one’s health and well-being. In fact, there is another aspect to health, well-being and taking health risks. Chazal tell us מאסורא חמירא סכנתא,3 one should be careful to avoid dangerous situations that can pose health threats to life and limb. Of course, there are the “no brainers” – walking alone in a dangerous neighborhood or climbing a high tree while untethered. Moreover, there is a whole area that transcends the obvious areas of risk known as שמירת הגוף והנפש, health precautions.

Volumes have been written regarding the subject of well-being and health risks. Some of the most well-known areas of discussion include mixing fish and meat, leaving peeled onions, garlic and eggs overnight, uncovered beverages and leaving food and beverages under a bed or stroller. There are many “hanhagos” that are commonly practiced and many that are not.

Although according to most authorities it is permissible to cook meat in a fish pot or fry fish in a meat pan,6 it is STAR-K policy to follow the opinion of “יש מחמירים” and require caterers to have separate utensils for meat and fish. In the event that fish was cooked in a meat pot or vice versa, מעיקר הדין it is permitted. STAR-K policy is to be מחמיר. Halachically, there is no difference between cooking, roasting or broiling.

The Gemara states that it is forbidden to leave peeled onions, garlic, hard boiled eggs, cracked eggs, (whites or yolks) overnight unless the head whiskers of the onion and garlic clove are intact, the skin of the unused onion or the peel of the unused garlic is intact, or the egg is in its shell. It does not help to cover the eggs, onion or garlic in a container. However, if they are mixed in a salad or if they are salted they may be kept overnight.8

Do the same restrictions apply to chopped or peeled raw onions, garlic or cracked eggs that have been left overnight? Some authorities say they do, and some are lenient in this regard based on a ruling by Rav Moshe Feinstein, zt”l. He stated that since the custom of not leaving peeled onions, garlic and eggs overnight is not mentioned in the Shulchan Aruch, we are permitted to be more lenient with peeled raw products from a factory or industrial setting. It is STAR-K policy to follow the ruling of Rav Moshe Feinstein, zt”l.

III. Food & Beverages Under A Bed

It is forbidden to put food under a bed, whether open or closed, cooked or raw. The food becomes forbidden if someone slept in the bed. Included in this prohibition is leaving food under a stroller in which a baby fell asleep.9 In the event food was unintentionally left unattended, בדיעבד, the food is permitted. Another way to reverse the status of forbidden food is to wash Negel Vasser directly over the food or tovel it in a mikvah.10

In previous eras, it was forbidden to drink water or other uncovered beverages that were left unattended. The reason for this prohibition was that there was a חשש, a concern, that a snake would drink the water and deposit venomous poison in the water. Since snakes are not as commonly found today, the minhag is to be more lenient. However, there are other authorities who are still strict with the laws of גילוי, uncovered liquids which include water, milk, olive oil and wine. The timeframe in which to forbid uncovered liquids is three seconds.11

As we know, the Torah mandates והתקדשתם והייתם קדושים”,12“ we should sanctify ourselves so that we should be holy; just as the Ribono Shel Olam is קדוש, so too should we emulate Him. Just as we follow the laws of kashrus unwaveringly without question or compromise so, too, the laws of שמירת הגוף והנפש should be treated with the same sanctity and zeal.