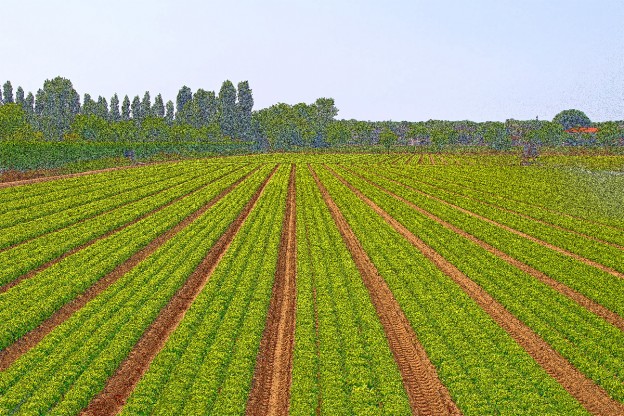 The mitzvah of shmitta poses many challenges for those who live in Eretz Yisrael. The main challenge, of course, is for the farmers. However, the consumer has his challenges, as well. It is always preferable to purchase produce from stores that have reliable kosher certification to ensure that there are no halachic problems. If there is no such store available, one must be certain not to transgress the laws of shmitta in the purchase, consumption, or interaction with shmitta produce. These are the different categories of halachos that one has to take into consideration:

The laws of sfichin refer to a rabbinic prohibition of eating produce that started to grow during the shmitta year, [1] i.e., the plant started to grow from Rosh Hashanah תשע״ה until תשע״ו. This is the opinion of the Chazon Ish, the most widely accepted custom among Ashkenazim in Eretz Yisrael. Regarding grains and legumes, there is a different critical date after which sfichin are not permitted to be eaten. Obviously, if one wants to buy vegetables he/she must be certain that the vegetables did not start to grow during the shmitta year. How can one know when the produce began to grow if it is bought in a store that is not under reliable rabbinic supervision?

In order to overcome this problem, charts were developed with the information needed to ascertain whether the produce started to grow during shmitta. For example, it takes between 58 and 78 days after a tomato seed is planted until it produces its first ripe tomato. It takes a few more weeks until the new tomato crop constitutes a majority of the tomatoes in the market. Until that time, we may be able to say “kol deparish meruba parish,” and assume that the fruit in question comes from the prevailing majority in the marketplace, which in this case is a non-shevi’is product. The date on the chart is usually when the majority of the vegetable production is shevi’is (although there are charts that give the date of the first produce on the market). One should be mindful of the cut-off date for a particular type of produce before buying any fruit resulting from sfichin.

Besides the issur of sfichin, there are other issues regarding produce grown during the shmitta year without rabbinic supervision. The following are a few examples:

Shamur v’neevad: Some authorities prohibit using produce that was “guarded” (shevi’is produce is supposed to be “hefker,” ownerless, and permitted to be taken by anyone) or upon which non-permissible work was performed during shmitta. Produce without rabbinic supervision can fall under this category. The Chazon Ish permitted the use of shamur v’neevad b’shaas hadchak (in difficult circumstances).

Schora: Doing business with shevi’is produce. One is not permitted to buy produce that has kedushas shevi’is (weighing, buying in a regular store, etc.) in the usual way.

Mesiras dmei shevi’is l’am haaretz: When one buys shevi’is produce for immediate use, the money that is used to pay for the item is imbued with kedushas shevi’is and may be used only to purchase food. Therefore, it is not permitted to give this money to a storekeeper who will not observe the laws of shevi’is.

There are ways to circumvent the above noted problems. If one uses a credit card, there is no issue of dmei shevi’is. If one buys behavlaa (two things together, but paying only for the item that does not have kedushas shevi’is), there may not be a problem of schora.

Biur: Produce that has kedushas shevi’is can be kept at home only while there is some of the same produce still in the fields. The column for biur indicates when one must dispose of all the produce (take it outside and make it hefker), after which time it can be taken back inside the house. If the z’man biur elapsed, and biur was not performed, the produce is forbidden to be eaten. The times for biur are very inexact, and it is not a good idea to store a lot of produce towards the end of shmitta (less than three meals for the whole family are exempt from the laws of biur).