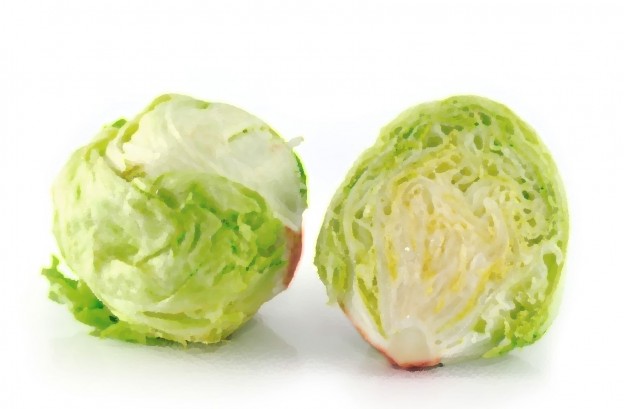 As many consumers are aware, there has been a shortage of Kosher-certified iceberg lettuce on the market over the last few months. Many people have been wondering why this shortage suddenly happened this year and when it will end. While it is true that iceberg lettuce is generally easier to clean and check than romaine, it still poses some of its own unique challenges. To clarify this issue, it is important to understand some background about how iceberg lettuce is grown, harvested and processed.

Iceberg lettuce initially grows open, just like romaine, during the first few weeks of its development, before cupping over and closing up. Once it cups, all of the newer leaves grow inside the closed head. If the time period when it was open was subjected to high levels of insect pressure, insects could crawl inside the open head and become trapped once the head cups over. They can then live quite comfortably inside this enclosed space – as they are well fed (with lettuce) and well protected from any applications of insecticides. During this time, they can reproduce very rapidly and therefore it may not be unusual to find entire families of insects inside a head, even all the way to the core. It is for this reason that the entire head must be checked every time, and not just the outer leaves.

Most of the year, iceberg has less insect pressure than romaine or other leafy vegetables because it is a closed head. It is also typically less attractive to insects (and people!) because it is less green and has less nutrients than other lettuce varieties. For these reasons, Kosher-certified iceberg is normally widely available throughout the year. But when seasons change or there are unusual weather patterns, insect pressures can increase.

There are two primary growing regions in the United States: during the winter (November-April), the Yuma, AZ, region is home to most of the country’s growing operations[1] the rest of the year (April-November), the Salinas, CA, region is the main growing area. This past winter, the Yuma region was subjected to above average temperatures and humidity. This caused very high levels of insect pressure in all the crops. Even once it subsequently cooled down, those initial weeks of abnormally warm weather were precisely the time when much of the iceberg crop was in its preliminary growth stages.[2]

It was initially hoped that the insect pressure would subside once the seasons changed and the growers moved to California, especially since the lettuce that was to be harvested in Salinas in April had been planted during the cold winter. But the insect pressure in California has also remained elevated, as a result of the longstanding drought there. Interestingly, the Salinas Valley actually sits on the largest underground river in the world, which means that produce grown there requires almost no rainfall. But since the surrounding areas do not have that benefit, insects from all the surrounding mountains (which are bare of vegetation due to the drought) have swooped in and infested the lush Salinas Valley produce fields.

As noted above, iceberg tends to be easier to wash effectively than romaine. It is typically less infested and its leaves are smoother and firmer than romaine’s; therefore, it is harder for insects to cling to them. This is especially true in a home kitchen, in which a decent wash will often lead to the lettuce passing the insect check. In industrial settings, however, where there can be thousands of pounds of produce washed throughout the day, a whole new set of challenges must be dealt with.

In many plants, industrial washing systems operate constantly. The wash water is generally used again and again on the same processing lines.[3] This means that you can have thousands of pounds of lettuce essentially being washed in the same water. If the lettuce has high levels of insect infestation, the sheer volume being processed increases the possibility that insects washed off the leaves will build up a presence in the water and either re-attach themselves to the produce or simply end up in the bagged finished product. Although the wash water is gradually turned over every few hours, the rate of replenishment may not be fast enough to avoid insect buildup.

Additionally, there are many different types of washing systems used in different companies, from flume systems and hydro loops, to shaker/sprayer tables and simple conveyor rinse tanks. The exclusive or combined use of any of these can permit a product to be called “triple washed.” Yet in terms of insect removal, some of these systems can hardly be considered significant or effective. Therefore, the fact that lettuce is claimed to be “triple washed” is not necessarily an indication of adequate cleansing from insects, unless it has a proper hashgocho verifying the Kashrus of that particular product.

In order for processed iceberg to bear a reliable hechsher, careful monitoring is necessary. If the iceberg is only minimally infested, which in most years is the case, a decent wash system will usually be adequate to remove all the insects. If it is highly infested, however, it is unlikely to be certified without a rigorous set of filtration or flush systems in place in which the water either gets filtered properly or is flushed with enough fresh water on a constant basis to avoid insect buildup. Due to the fact that infestation levels can fluctuate and change suddenly, careful monitoring by trained mashgichim is necessary. This is why STAR-K has always required commercially produced iceberg to bear a reliable certification.

Due to the many variables and factors involved in producing insect-free iceberg lettuce, STAR-K policy has always been to require a reliable hechsher on iceberg. Careful oversight and constant monitoring by trained mashgichim is necessary in order to certify iceberg reliably. We hope these seasonal/weather issues will end soon, allowing more iceberg lettuce to pass inspections. Consumers are urged to always check bags of prewashed lettuces for reliable Kosher symbols that ensure the produce is properly certified and that no further checking is required.

There is much written about the tremendous rewards and kedusha that we merit by avoiding forbidden foods,[4] particularly insects. During these turbulent times, when we are faced with great challenges to maintaining our level of kedusha, as well as the physical threats to many of Acheinu Bnei Yisroel, may our heightened awareness of these issues be a source of merit for all of us and strengthen the level of kedusha in our lives. May we all be zoche to a Kesiva Vchasima Tova.

[1] The Belleglade, FL, area also has significant output, although not nearly as much as Yuma.

[2] Iceberg can take anywhere from 60-120 days to grow, depending on the weather. In Yuma, the average is 80-90 days. We actually reviewed the weather history and saw that much of the iceberg that was harvested in February and March, when the insect pressure levels were high, was planted and started growing during unseasonably warm weather.

[3] This is done for three reasons: (1) environmental – to conserve water; (2) financial – to save money on water usage costs; and (3) to save money on costs associated with cooling the wash water and maintaining a proper temperature of 34-36° F. Since cooling water is very costly, they reuse the already cooled water.