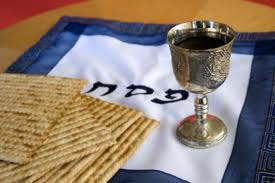 Passover, an eight-day springtime festival, commemorates the Exodus of the Jewish people from Egyptian bondage. Based on the injunction against eating or possessing leavened bread for eight days, Passover involves a unique set of kosher laws. Kosher consumers are most careful about what they eat on Passover. In fact, many people who do not observe kosher year-round may do so on Passover. According to some accounts, 40% of the kosher market revolves around the Passover holiday.

Passover’s strict prohibitions guard against eating food products containing any edible fermented grain products known as chometz. Included in this category are wheat, barley, oats, spelt or rye which have been leavened due to contact with water. Jews are expected not to derive any pleasure or benefit whatsoever from chometz. Furthermore, a Jew may not own chometz or have chometz in his possession.

Ensuring that foods are kosher for Passover is even more difficult than during the rest of the year because many of the ingredients that are routinely used and produced under kosher supervision are not kosher for Passover. Barley, wheat, rye, oats, and spelt are permitted only for the baking of matzoh and matzoh meal products. Flour of these grains is mixed with water and baked in less than eighteen minutes under rabbinic supervision. Furthermore, American Jews of Eastern or Western European descent avoid legumes such as soy, peanuts, and peas, as well as corn and rice.