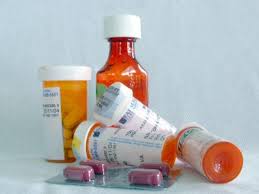 In the 1920s, the Jewish community in Germany numbered close to half a million people. They were made up mostly of professionals in finance and retail trade. German Jewry thrived within the general culture of the Weimar Republic. As an influx of approximately 70,000 East European Jews flocked to Germany to escape political oppression and violent anti-Semitism, Berlin soon became the center for Hebrew culture, reaching its peak between 1920 to 1924. It had become a safe haven for Hebrew and Yiddish speaking intellectuals, mostly Russian Hebrew writers. Although some Jews emigrated during this time, mostly to America or Palestine, many more did so after the rise of Nazism in 1933. Unfortunately, the majority of Jews remained in Germany, with catastrophic results.

During this inter-war period, many German Jews assimilated, thereby distinguishing themselves from their observant Eastern European brethren. However, there remained a strong element of observant Jews who firmly held fast to their halachic convictions. They were guided by the ideological followers of Rabbi Samson Raphael Hirsch of Frankfurt, Rabbi Ezriel Hildesheimer and Rabbi E. Munk of Berlin. There were also many other smaller kehillos with outstanding rabbis throughout Germany that were strictly observant who fought the Reform movement. There was one yeshiva for post-high school boys in Frankfurt at this time, and two teachers’ seminaries in Wurzburg and Berlin. Most German yeshiva boys went to Lithuania to learn – in the Mir, Telz, Ponovezh, and Slabodka, among other places.

The 1927 and 1928 editions of the reference pamphlets, Arzneiverordnungsvors-chläge für Pessach (Proposed Rules for the Use of Medicines on Pessach), published in Berlin, are a testimony to this adherence.1 Published by the Food Commission of the Union of Traditional Torah-True Rabbis of Germany, they contain lists of acceptable Kosher for Passover products available in Germany at the time. Listing everything from foods to pharmaceuticals, these products are rated according to different levels of acceptability. They confirm the fact that, historically, it has been the custom to follow stringent opinions regarding Hilchos Pesach. They reinforce the prevalent custom that many individuals restrict the use of items which may contain chometz, even when they are clearly nifsal mei’achilas kelev.

STAR-K’s annual Pesach Guide, including Rav Gershon Bess’ Passover Medicines and Cosmetics listing, is written in the same spirit as these German publications were written almost one hundred years ago. Following the guidelines set forth in our Pesach Guide, may we all merit to celebrate a chag kosher vesamei’ach, and the coming of Mashiach in the final redemption, speedily in our days!

The following are various statements (translated) from the 1927 and 1928 German Pesach lists:

Passover 5687 (1927) – The following contains a new listing of medications with notes about their use on Passover in view of the prohibition of chometz. The list differs in several ways from the previous one. Important suggestions have been considered, and the number of medications handled has been expanded. The previous list is no longer valid because of considerable changes, which the most recent issue of the German Medications Book (D.A.B. 6) recommended in the manufacturing processes. From now on, only the following list is valid. It is important to take this opportunity to thank all those, whose advice has made the improvement of this list possible. Because production of individual pharmaceuticals varies from country to country, the attached list is only valid within Germany. In selecting the most common medications for this listing, the following were consulted: The Medication Prescription Book of the Berlin Health Insurance 26/27; the D.A.B. 6; and the F.M.B.-Patent Medicines. The list contains only a selection of those trademarked remedies which are included in the D.A.B. 6.

General Introductory Remarks –To determine if a medicine is allowed or prohibited on Passover, one must, in each individual case, look up, not only the chemically pure medication itself (List B), but also the Form in which it is being given (List A). The following lists only provide information regarding the chometz prohibition. Other prohibitions, such as treifa (not kosher), are not considered here. These lists do not replace the decision of a qualified rabbinical authority in consultation with the doctor and pharmacists. Neither do they free the doctor from his responsibilty to ask shaalos (questions). In all questionable cases, a personal discussion between physician and pharmacist and, if necessary, the rabbi is indispensible. It should be especially emphasized that medications are intended for the sick. Decisions regarding the use of specific pharmaceuticals listed were made with the fact in mind that they are being applied to a patient. The decisions do not apply to use for cosmetic and general nutritional purposes, let alone for use in the household. Physicians should also exercise restraint in prescribing the permitted medications. On the other hand, the prohibitions naturally never apply to cases where fear of a sakana (danger) is under discussion. In cases of doubt that there is a sakana, an injection of the prescriptive is preferred.

In order for doctors and hospitals to use chometz medications for emergencies or sudden cases of sakana, we recommend that they cooperate with their local rabbi in arranging an appropriate, separate place to store those medications. The key should be available to both parties, and the shtar mechiras chometz (document for the sale of chometz) should include a passage giving the doctor the right to take the key and remove the medication for use in exceptional situations.

Because hypodermic solutions may be injected on Passover, the new list includes, in contrast to last year’s publication, a selection of preparations in hypodermic form.

1. STAR-K wishes to thank Mrs. Channah Weinstein, of Brooklyn, NY, for sharing her copies of Arzneiverordnungsvorschläge für Pessach with us. She got them from her father, Dr. Marcus Hirsch, who brought them to America in 1938. STAR-K also thanks Rabbi Moshe Schwab, Dr. Hans-Ulrich Wekel of BASF SE, and Mrs. Paula Steen, for their invaluable help in the writing of this article.