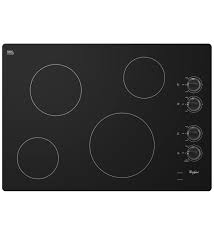 One of the most popular articles in Kashrus Kurrents, dating back to my days in kollel, was the article entitled, Preparing the Home for Pesach, written by Rav Heinemann shlita, Rabbinic Administrator of Star-K.  It appeared in one of the Kashrus Kurrents earliest Pesach editions.

Over the years, the Kashrus Kurrents Pesach edition evolved into the Star-K Passover Guide, replete with a wealth of practical information for Pesach in particular, as well as the laws of kashrus in general.  Some 33 years later, the lead-off article in our Passover Guide is still Preparing the Home for Pesach.  The title, however, is not altogether accurate.  It is true that it includes the halachos of kashering  the home for Pesach, however, this article also provides the reader with a more general and more clear understanding of kasherization.

As new technologies and novelties are introduced to the consumer, a clear halachic understanding of each innovation is needed in order to keep a balabusta’s dream from turning into a halachic nightmare. New innovations do not come without problems.  Ovens with 12 hour shut off, refrigerators with Frostguard, warming drawers, Corian countertops, double drawer dishwashers, and refrigerators converting into ovens are some of the issues that can be resolved; others are just …problematic.

One of the earliest innovations that is well over 25 years old is the introduction of the glass cooktop.  The smooth glass cooktop is much sleeker than the conventional  porcelain cooktop.  In a glasstop cooktop, the electric burners are located under the glass.  When the burners are turned on, the glass glows to a beautiful orange hue.   This heat treated glass ceramic can sustain extreme changes in temperatures up to 1000o F.  Of course, this new sleek and attractive cooktop was a ‘Must-Buy’ for the Yiddishe balabusta, whose kitchen is the main room in the house.   The obvious Pesach kashering questions facing the ballabusta were:   Do you have to kasher glass?  Can you kasher a glass cooktop?  How would you go about it?  Well the answer to the first question is yes.  Since there can be absorption into the glasstop from cooking spills, the entire cooktop needs to be kashered.   How do you kasher the cooktop?  Years ago, when the question was posed to me, I told the consumer to simply put a blech over all of the burners and let the heat radiate over the entire surface.   Bad move – the cooktop shattered!  We now had firsthand evidence that you do not cover glass cooktops Luckily, the oven was new and the company replaced the cooktop.  Suffice it to say, the cooktop was now kosher for Passover.

Consequently, we have been instructing consumers that the only way to kasher a glass cooktop outside the burner area is with a blowtorch.  However, blowtorching can be extremely dangerous and risky. Even though ceramic glass is supposed to withstand temperatures far beyond what it would take to heat the glass (hot enough to singe a tissue), manufacturers warn consumers that the cooktop could still crack if heated.  For this reason, when consumers inquire we discourage them from kashering a glass cooktop.1

Many consumers have questioned the Star-K ‘s policy and ask:  Isn’t glass supposed to be resistant to absorption?  Indeed, glass is one of Hashem’s great wonders.  What is glass?  The term ‘glass’ comes from the Latin term glesum, which means a lustrous and transparent substance.  The basic ingredient of this amazing creation is sand, silica.  Other substances such as limestone are added to the silica, which is heated to temperatures exceeding 2100o F, and forms the clear resilient material called glass.  The glass is then toughened through annealing.  A variety of substances can be added to produce numerous glass compositions from delicate crystal to bulletproof glass.

When the Shulchan Aruch speaks about glass, the Mechaber 2states that glass is not absorbent.   The Mishna B’rura explains why glass doesn’t absorb – “L’fi shechalakim ukashim heim”,3 because glass is a material that is “smooth and hard”, making it impervious to absorption.  The Rema4 argues and says that since the base material of glass is sand, it shares the same properties of ‘klei cheres’, earthenware, which is extremely absorbent.  Due to its high absorption properties and fragile  composition, earthenware cannot be kashered; hence, according to the Rema, glass would have no kashering recourse.5  The Rema concludes that if glass is used with cold or ambient liquids, the glass would not be absorbent; if it would be used with ‘chamin’, hot liquids, the glass utensil  should be treated like earthenware.

What is the ‘chamin’ criteria?  According to Horav Moshe Heinemann, shlit”a,  if the glass utensil was used in the oven or on the cooktop, i.e., directly on the fire, that glass utensil is considered a ‘kli rishon’.6  An example of this is a Pyrex casserole dish that was heated in the oven or a Corning Visions glass pot heated on a burner , where the food blios (absorption) would be absorbed into the walls of the glass utensil.  However, hot soup poured into a Duralex soup bowl, a ‘kli sheini’,7 would not fulfill the ‘chamin’ criteria, and the glass would not absorb the hot liquid.

How does the halacha view a ceramic glass cooktop?  Since the burners are directly under the glass and heat the cooktop, as well as the utensil on top of the cooktop, the entire cooktop is considered to be a ‘kli rishon’.  Any hot spillage from a pot or frying pan onto the cooktop, be it on the burner area or beyond, would be considered cooked into the cooktop, which is a glass kli rishon.

As stated in the Preparing the House for Pesach article, there are various methods of kasherization.  One method is known as hagola, purging with hot water; the other is libbun, incinerating with fire.  Hagola is ineffective for ‘kli cheres’, earthenware, because it does not expel the blios that have been absorbed into the walls of the earthenware utensil.8  The halacha also discourages kashering with libbun because the intense heat of libbun risks the life of the earthenware vessel, which may shatter.9  Logically, if you don’t run that risk you could use libbun.  Technically, a glass cooktop should be able to withstand libbun temperatures, even though customer service says that it may crack.

With the advent of induction cooking, however, one is afforded an alternative method of kasherization.  What is induction cooking?  Induction cooking is a revolutionary energy efficient way of cooking without heat.  How do you cook without heat?  The answer is with electro-magnetic energy.  The conventional burner is replaced with a coil of tightly wound copper wire under the glass cooktop.  Turning on the “burner” sends electro-magnetic energy through the coil.  If you placed your hand on the coil area, you would feel nothing.  If you placed an aluminum pan on the same area you would still feel nothing.  However, by placing an iron skillet or a pot with an iron core or magnetized stainless steel on the cooktop, the magnetized skillet completes the magnetic connection and the electro-magnetic field of energy transfers directly into the pan.  This causes the iron molecules to move very rapidly, giving off heat.  In turn, the cookware cooks the food.  Lifting the pan off of the cooktop breaks the magnetic connection, and you will no longer be cooking.  The cooktop will be heated by the “magnetic” pot or pan, but it does not get hot from the coil.  Consequently, any spill onto the ceramic cooktop surface will be a result of an irui kli rishon, spillage from a hot pot, not a heated cooktop as you would have in conventional cooking.  Hence, if one would want to kasher the cooktop, it could be accomplished by a lesser means of kasherization, irui kli rishon.10

Although induction cooking offers a koshering benefit, the cooktop cannot be used on Shabbos or Yom Yov because the cooking connection is made once the pot is put onto the coil area.  Similarly, one would not be able to remove the pot from the cooktop on Shabbos or Yom Tov because one would be “disconnecting” the magnetic field by removing the pot.  While the ability to kasher an induction cooktop is an advantage, the disadvantage of not being able to use it on Shabbos or Yom Tov makes this cooktop impractical, unless one has more than one cooktop in the kitchen (an induction for during the week, and a non-induction for Shabbos and Yom Tov).
As with every new advent of technology, one balabusta’s dream is another balabusta’s nightmare.

1.For those households that own glasstop ovens, the Star-K recommends that the burner areas be kashered and trivet should be placed on the non-kashered area so that pots or cooking utensils will not be placed directly on the oven.