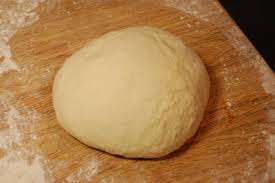 One of the many ways Klal Yisroel serves the Ribbono Shel Olam is through the performance of mizvos hateluyos ba’aretz, mitzvos that are dependent on land. Those who live in the land of Israel have many opportunities to fulfill these mitzvos. In chutz la’aretz, the mitzvah of hafrashas Challah is one of the only agricultural mitzvos that we are obligated to perform.1

It is well known that this is one of the mitzvos performed preferentially by women. Furthermore, one honors the Shabbos by baking and being mafrish Challah on Erev Shabbos.2

The following are halachic guidelines, based on the psak of Rabbi Moshe Heinemann Shlita.3

Products kneaded from chameishes minei dagan (wheat, spelt, barley, oats, and rye) are obligated in hafrashas Challah. Baked goods produced from other grains are exempt from this mitzvah. One is obligated in hafrashas Challah only when the dough was mixed/kneaded while in the possession of a Jew. If the dough was kneaded in the possession of a gentile, and the Jew then acquires the product, there is no obligation for hafrashas Challah.4 For example, Challah is not taken from bread or cookies manufactured by a non-Jewish company, even when a Jewish customer buys them. The same is true when one purchases frozen dough kneaded while it was owned by a gentile. However, if one purchases dough that was mixed/kneaded while it was owned by a Jew who was not mafrish Challah, one must perform hafrashas Challah as soon as possible.

Min haTorah, the amount of flour one must knead to be obligated in hafrashas Challah is an “asiris ha’aifa.” This is equivalent to the volume of 431/5 eggs.5 The exact volume of an “egg” is questionable due to various factors, including the possible “downsizing” of the eggs used today in comparison with those used in Talmudic times. L’halacha, one should be mafrish Challah when kneading 2.6 lbs. of flour, which on average is equivalent to 82/3 cups of flour.6 However, a bracha is not recited for this amount. If one kneads a smaller amount of flour, one is not mafrish Challah.7

These measurements apply when baking bread or any other hamotzi product. When kneading dough for baking pas haba’ah b’kisnin (e.g. cake and cookies), for boiling (e.g. noodles), or for frying, one is mafrish Challah if 2.6 lbs. (82/3 cups) of flour are used. A bracha is not recited even if more than 5 lbs. of flour are used.10

After kneading,11 while standing, one should hold with the right hand,12 a k’zayis of the dough (without detaching it) and recite13 the bracha: “…Asher kidshanu b’mitzvosav v’tzivanu l’hafrish Challah” (some add the words min ha’eesa14). One should then pull off the dough.15 At this point, some recite the words “harei zu Challah” (one may not say this until the piece has been pulled off). When being mafrish without a bracha, one should simply pull off the dough and say “harei zu Challah.” If a liquidy batter (e.g. chocolate cake) is prepared, one must perform the hafrasha only after the product is baked.16

The Challah should then be burned17 as soon as possible until it is completely charred. One should not store the Challah for future burning (e.g. freeze it for burning at biur chametz on Erev Pesach), as this undermines one of the reasons we burn the dough, shelo yavo leydai takala, that one will not accidentally mix this dough (which is Challah) with regular dough and inadvertently bake and eat it.

The Challah may be burned in a regular oven or toaster oven if it is wrapped in foil. However, one may not burn the Challah in an oven that is simultaneously baking bread or other products.18 After burning the Challah, it should be wrapped in something waterproof and discarded.

One of the most complex yet important aspects of hilchos Challah is “combining” two doughs into one. This issue, known as hitztarfus, can be divided into three categories:

The Gemara37 tells us that Chazal instituted hafrashas Challah in chutz la’aretz so that Klal Yisroel would not forget this special mitzvah. The nashim tzidkaniyos who cherish this mitzvah are a testimony to Chazal’s master plan and ensure that this mitzvah – with all the details – will be remembered l’dorai doros v’ad olam.

1. The obligation min haTorah for hafrashas Challah requires two conditions: 1) that the dough is kneaded in Israel, and 2) a majority of Klal Yisroel resides in Israel. Nowadays, it is only d’rabonon, even in Israel. In chutz la’aretz, it is a “d’rabonon of a d’rabonon” (i.e. the obligation is “weaker” since most of Klal Yisroel is not in Eretz Yisroel and we reside in chutz la’aretz). The ramifications of this will be discussed.

3. This article elaborates on a previous Challah article written by Rabbi Heinemann in Kashrus Kurrents Winter 1995.

6. An 8 oz. cup of flour generally weighs between 4.2 and 5.3 oz. There is no precise conversion between the weight and volume of flour. The temperature, methods of storage, type of flour, how one fills the measuring cup, and whether it is sifted, can all impact on this amount. For example, if it is hot and humid, the flour will expand, thereby increasing the volume (but not the weight). Similarly, one cup of “scooped and tapped” flour will weigh more than one cup of “sprinkled and leveled” flour. One cup of bread flour weighs more than one cup of all-purpose flour. In this article, the following calculations are used (based on our testing and observations): The average weight of one cup of flour is 4.8 oz., which also means 1 lb. of flour will fill 31/3 cups.

7. One should not intentionally minimize the amount of flour in order to exempt oneself.

8. Based on the opinion of HaRav Avraham Chaim Naeh, in his Sefer Shiurei Torah.

9. Based on the opinion of the Chazon Ish.

11. L’halacha, one may perform hafrasha before or after the dough rises. One may not be mafrish from flour before it is mixed.

12. A left handed person should use her left hand.

13. If one forgot to recite the bracha and realized after the hafrasha, the hafrasha is good and a bracha should no longer be recited.

14. As will be discussed, b’dieved, one can be mafrish Challah from fully baked goods. When doing this, one should not add the words “min ha’eesa” to the end of the bracha since it is no longer a dough (eesa).

15. May’ikar hadin, one can pull off a morsel the size of a barley grain. However, the custom is to be mafrish a k’zayis – 1.33 fl. oz. (40 ml) – a piece of dough the size of a golf ball. One may not give the entire loaf as Challah. One has to be mafrish – taking off Challah and leaving some behind to eat.

16. If one was mafrish from the liquidy batter, there are different opinions whether one must be mafrish Challah again. The Sefer Leket Ha’omer (4:f7) says it should be performed again after it is baked (without a bracha).

17. Min HaTorah, the Challah one is mafrish should be given to a Kohein. Nowadays, under almost all circumstances, kohanim are tamai and may not eat Challah. Therefore, we burn it (similar to kadshim that became tamei and could no longer be eaten, that was ultimately burned). As will be indicated, a second reason Challah is burned is shelo yavo leydai takala – that one does not inadvertently come to eat the Challah.

18. This would constitute deriving benefit from the Challah (i.e. it “fuels” the oven) which is prohibited.

20. Shulchan Aruch O.C. 339:4 One reason it may not be performed on Shabbos is because it is neer’eh k’misakain (it appears as if something is being “fixed”). One may not perform hafrashas Challah on Yom Tov on dough that was kneaded before Yom Tov. However, if one kneads and bakes on Yom Tov, one may perform hafrashas Challah on Yom Tov – however, the dough may not be burned until after Yom Tov.

21. If enough flour was originally used, a bracha is recited (similar to a hafrasha after baking which requires a bracha).

22. As indicated above, the mitzvah in chutz la’aretz is not as strict because it is a “d’rabonon of a d’rabonon.” Hence, in chutz la’aretz one may continue eating on Shabbos, whereas in Eretz Yisroel one may not.

23. If the Challah is 1/101 or less in the regular dough, then it is batel and may be eaten. If it is more than one part in 101, a possible solution is to be “matir neder” on the Challah as addressed in the link above.

24. See Leket Haomer – end of chap. 2. Due to the complexity of this issue, one should consult a Rav.

25. For example, if a woman kneaded identical doughs, hitztarfus would apply under any of the conditions listed above. However, if one is makpid not to allow doughs to mix, there is no hitztarfus of these doughs. For example, cake and bread are not mitztaref, since they are generally not mixed. Similarly, the Leket Haomer (6:f32) says a dough and baked item are also not mitztaref. This example is only true if the baked item was from a different batch. However, if the baked item was originally kneaded with the remaining dough, they are mitztaref since they were originally kneaded as one (see V-3). As to whether hitztarfus applies to doughs from different minei dagan (e.g. one kneads dough from wheat and a second dough from oats or spelt), one should ask a shaila.

26. It should be noted that if two doughs that are individually less than the shiur for a bracha are in two different keilim, they are not mitztaref to recite a bracha, even if one places a towel over them or allows the vessels to touch (see Leket Haomer 6:14 & 16). Rather, one of the methods above should be used to be mitztaref the doughs.

27. If they are wrapped and then placed in one container, Challah is taken, however, a bracha is not recited. Similarly, if a woman baked and placed in plastic bags 2 lbs. of rolls at three different times, and then stored them all (6 lbs.) in one freezer – Challah is taken without a bracha.

29. If the containers are closed or they are not near each other, b’dieved it is good. See Mishna Brura 457:7 and Shaar Hatziyon ibid. 13.

30. See Shmiras Shabbos K’hilchasa 42:f38 who says in this case one may also be mafrish Challah from the kneaded dough and have in mind for this separation to work on the baked dough if one of the doughs was already baked. For example, if one has a 5 lb. dough on one table, and a baked loaf of bread on another table (that one forgot to take off Challah from), one should be mafrish from the dough thereby fulfilling the obligation of hafrashas Challah for both the dough and the baked loaf.

32. See Shaalos U’teshuvos Eretz Tzvi 1:49 and Minchas Yitzchok 10:102. Also, note that this halacha applies to individuals and not to bakeries who produce for sale. Jewish owned bakeries are obligated in hafrashas Challah each time a batch is kneaded.

34. To alleviate this problem, a small amount of water suffices. Alternatively, one can use wine, grape juice, olive oil, honey, or milk. (Note: Milk may be used in cake and cookies, but not bread).

35. Besides water the other liquids include blood and the liquids listed in the previous footnote. There are a total of seven liquids that are machshir l’kabel tumah. The acronym is ‘Ya”d shacha”t doh”m’ – Yayin, dvash, shemen, chalav, tal, dohm, mayim.

36. As opposed to whole wheat flour – see discussion at the end of the paragraph.