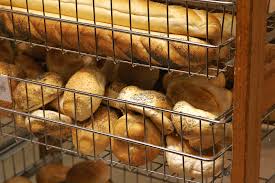 Life is made up of a long chain of experiences. Some bitter, some sweet, some mundane, and some exciting. Let me share one with you. About ten years ago I had the good fortune to have an inspiring experience in Morocco, of all places. The purpose of my trip was to inspect various Star-K companies that exported olives and olive oil to the U.S. The inspiration came as a result of spending two days with the remnant of the once thriving ancient Jewish community of Meknes. Meknes was home to many Rabbanim, Geonim, and Tzadikim. The Ohr Hachaim HaKodosh, the great luminary who wrote the famous commentary on Chumash, was born in Meknes. The Jewish cemetery dates back 1200 years. Today barely two hundred families remain. The Rav of the small kehilla is a holy Jew by the name of Rabbi Chaim Kasous, who had served as the shochet for the great Rav Toledano of Morocco. Seeing the love and dedication, the mesiras nefesh and selflessness that the Rav showed for his small but loyal flock, I was greatly moved and inspired. Meknes, however, is too small to support kosher food establishments, so Rav Kasous provides kosher meat for the kehilla. But what do they do for fresh bread? The baal habayis that I discussed this with explained that the Rav inspects one of the local community bakeries which uses no questionable non-kosher ingredients and permits the bread. This bakery bread is a perfect example of what halacha terms pas palter.

As mentioned in previous Kashrus Kurrents articles, our Rabbis have instituted an ordinance that would disqualify foods that are cooked completely by an aino Yehudi, a person who is not required by the Torah to keep kosher. Our Rabbis term this disqualification bishul akum. The Sages give two reasons for proscribing this ordinance: as a precaution against inadvertently eating non-kosher food, and as a precaution against unnecessary socialization that could lead to intermarriage.

Our Chachamim, Sages, have enacted this requirement for bread as well as cooked foods based on the same social concerns. Bread baked by an aino Yehudi is called pas akum. However the halachic restriction of pas akum was not enacted in all situations. Eating bread together with friends and neighbors in a social setting is exactly what our Chachamim wanted to avoid. Hence the restriction of pas akum. However, if the bread of the aino Yehudi was baked commercially, pas palter (literally bread of the commercial baker), our Sages permitted it, since the concern about social interaction is not relevant. In the event that bread baked by a Yehudi is not available, or even when a person prefers the bread of the aino Yehudi to the bread of the Yehudi, pas palter is permitted. Moreover, our Chachamim realized that bread is the staff of life. Consequently, placing such an all embracing restriction on such a basic staple, where intersocial concerns did not exist, was too difficult to keep. Therefore, pas palter was permitted.

Can commercially baked bread, pas palter, be used without the intervention of a Yehudi in the baking process? Yes. The requirement of pas Yisroel is suspended for pas palter, including breads that are oleh al shulchan melachim, fit for a social function. Even for the Sephardic community of Meknes which is more stringent in its adherence to the laws of bishul akum with cooked food than its Ashkenazic brethren, the bread of the Arab bakery is permitted. A Yehudi is not needed to physically put the bread in the oven to bake, as would be required by them for fish or meat.

The restriction on pas akum pertains to bread baked by the akum at home for personal use. The restriction on pas akum applies to breads that are made from wheat, rye, oats, barley, and spelt; breads whose bracha is hamotzi. Furthermore, pas haba b’kisnin products made from these grains, such as cakes, cookies, crackers, and flat breads, are also included. Breads and other bakery goods produced from other grains such as corn, rice or soy were not included in the category of pas akum. However, corn bread that is made from both corn and wheat flour or bread made from wheat sprouts, would be included. Ironically, were a commercial bakery to bake an elaborate wedding cake or torte that was fit for a fancy function, oleh al shulchan melachim, it would be permitted as a pas palter product, while a wedding cake made from rice or soy flour would be subject to the laws of bishul akum.

It is interesting to note that when the Shulchan Aruch discusses the halacha of permitting commercially baked cakes and pastries, the Rema parenthetically states that in his community there was a type of “kichel” that was baked directly on the oven grate. To prevent the kichel from sticking to the grate lard or meat fat was smeared on the grate as a release agent. Hence the Rema forbids the product because of serious kashrus concerns. In fact when I inquired about the ingredients in the Meknes bakery, I was told that their bakery did not use any fats or oils in their bread.

The heter of pas palter does not mean that one can eat any commercial bread or pastry with reckless abandon. Any bakery requires reliable certification and ongoing supervision to ensure its kashrus.

Although the halacha permits pas palter, pas Yisroel is encouraged and recommended. The halacha clearly states that the requirement of pas Yisroel is fulfilled with a Yehudi’s minimal intervention in the baking process. This is called hashlochas kiseim. This means that a Yehudi is required to merely throw a piece of kindling or a small wood chip into the oven or hearth, or blow on the fire to make the bakery products pas Yisroel. Although the wood chip “kiseim” may seem insignificant in comparison to the roasting flame of a baker’s oven, this is the standard that our Sages set to satisfy the requisite halacha.

Furthermore once the chip is tossed into the oven by the Yehudi, the oven remains perpetually pas Yisroel compliant so long as the oven is continuously hot.

How is pas Yisroel achieved in a commercial gas oven? A gas oven that has a pilot light that burns continuously will produce pas Yisroel products, so long as the pilot is lit by a Yehudi. Today this suggestion is not so simple. In order to conserve energy and cost, the pilot light in new ovens works differently. It shuts off and re-lights with an electronic ignition device which reignites the gas burners. Naturally, if a Yehudi turned on the oven and the oven remained warm as a result of the initial lighting, the oven remains pas Yisroel compliant. However, once the oven is turned off, the pas Yisroel status is cancelled, until the next time a Yehudi re-lights the oven. There are techniques to overcome this problem. For example, a Star-K pita bakery ran a secondary gas line into the oven that remained lit, even when the main gas line was turned off. Other bakeries installed a glow plug or lightbulb in the oven chamber, which create additional heat in the oven and when the Yehudi screws the bulb or glow plug in the socket, the requirement of hashlochas kiseim is fulfilled.

Another method of producing pas Yisroel bakery goods is the “baking off” or finishing par-baked breads, rolls, or bagels. It is not necessary to bake a raw product totally; browning or finishing a par-baked, or a not completely baked bread or roll suffices when the Yehudi lights the oven.

The pas akum/pas palter principle applies to bakery goods that are baked. That would mean that fancy pas palter wedding cakes or eclairs would be permitted. What would be the status of bakery goods that are cooked or fried on a griddle, such as pancakes, ice cream waffle cones, or cannolis? Those products are not subject to the laws of pas akum/pas palter. However, they would be subject to the laws of bishul akum! This means that a pastry product that is fit for an elegant affair, such as a cannoli filled with cream or a waffle cup filled with pareve ice cream, would require bishul Yisroel.

Eating pas Yisroel bakery goods is recommended and is meritorious certain times during the year: during the Aseres Yemai Teshuva, the ten day period between Rosh Hashana and Yom Kipper, and on Shabbos and Yom Tov. Although eating pas palter products at these times is not forbidden, one’s scrupulous adherence to these halachos is commendable.

We hope that our readers have gained a greater understanding of these halachos. Now we can better appreciate the old New York advertisement which stated, “You don’t have to be Jewish to enjoy Levy’s authentic Jewish Rye.” We now know that Levy didn’t have to be Jewish either.