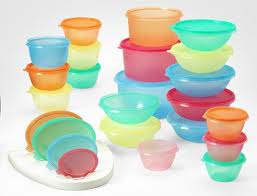 Until about two years ago kashrus organizations paid little attention to the kosher status of packaging materials used to contain food prepared even under the most stringent supervision. Therefore, it was quite probable that a can of soup —- made up of ingredients without even a trace of anything nonkosher, prepared on completely kosherized equipment, and where the water from the steam system having been previously used to cook cans containing nonkosher products, was completely drained —- was packaged and cooked in a steel can coated with a tallow based butyl stearate oil (BSO)! Fortunately, due to the efforts of Rabbi Jonah Gewirtz, Chairman of CSPT, working together with the Circle U and the Star-K, we were successful in having every major steel company in this country that produces steel for use in food packaging switch to a vegetable based BSO. Similarly, other lubricants and finishing oils containing animal based fatty acid derivatives applied to steel, were also switched.

More recently, we have turned our attention to other packaging materials. Although we were long aware that nonkosher ingredients are frequently used in plastics, we mistakenly believed that these ingredients remained totally inert. Quite frankly, we were astonished to learn of the rather extensive use of stearates and other tallow based chemicals in the production of plastic food-contact materials. These chemicals may be added to plastics in various formulations at concentrations as high as two percent with the intent and knowledge that they will migrate to the surface, thereby interacting with the foods they contact. Due to this migration and interaction the FDA requires that all additives used in plastic food-contact materials be of an acceptable food grade quality.

Some of these additives, such as GMO and GMS (glycerol monooleate and glycerol monostearate) function as lubricants and release agents in the production of films and molded plastics. Presently, other tallow derived additives may function as antistatic compounds which allow for the dissipation of electrostatic charges which build up on the polymer. Stearates, such as calcium and zinc stearates, are used to neutralize acid formed during the polymerization process and as external lubricants for the extrusion and molding processes. An important chemical characteristic shared by some of these fatty acid materials, GMS, GMO, Calcium and Zinc Stearate is their very polar nature. Because the two ends of the molecules are dissimilar, an electrical asymmetry or charge is created. When these chemicals are added to a non-polar plastic, such as polypropylene, an incompatibility exists between the additive and the plastic causing the additive to migrate or “bloom” to the surface. Indeed, it is because of this tendency to migrate that plastic resin manufacturers use stearates as lubricants. There are a number of factors which increase the rate and degree of diffusion to the plastic surface. Several examples relevant to kosher consumers are temperature, pH, and the nature of the food within the plastic package.

Temperature effects include food processing plants that fill hot liquids, referred to as “hot-fill”, directly into plastic containers. Also plastic microwaveable containers become quite hot from contact with the heated food, when used in the microwave, thereby significantly increasing the migration of additives which come into direct contact with food. Plastic cutlery when used with hot foods is another example. Have you ever noticed the thin oily film which appears every time you pour a hot liquid into a styrofoam cup? This film is comprised mostly of nonkosher zinc stearate which is used extensively in the manufacturing of styrofoam. Plastic boil-in-bags also contain nonkosher additives which rapidly move out of the plastic and interact with kosher food during cooking.

Foods that are acidic, or have a low pH, such as fruit juices and yogurt, may chemically react with calcium stearates to form calcium salts and stearic acid which combine with the food. As the calcium stearate reacts, more and more of it is continuously drawn to the surface. If the food material itself is highly polar, such as oils and fats, there is again a significant increase in the extent of the migration out of the plastic and into the food. Thus, some kosher vegetable oils packaged in HDPE or polypropylene bottles tend to draw the nonkosher additives right out of the polymer. Similarly, margarine and cream cheese tubs, generally made from polypropylene, have an increased rate of migration of glycerol monooleate and calcium stearate into the food. Various plastic films, wraps, and trays come into direct contact with the fatty surfaces of our glatt kosher meats and poultry. The film used to package numerous brands of kosher certified snack foods such as potato chips, etc. have an inner polypropylene layer which may have nonkosher additives.

Currently, some plastic film producers add vanilla flavor to their plastic, while yet others are investigating the feasibility of actually flavoring the films, in the hope that the migration will enhance the taste of the packaged food. Similarly, some antioxidants have long been known to migrate into food from plastic packaging. In fact, at one point, plastic cereal liners were formulated with high concentrations of BHT (Butylated Hydroxy Toluene) to stabilize the packaged cereal. This procedure is common in some packaged nuts.

Interestingly, there are instances where food components migrate from the food into their plastic containers. Although this is not a kashrus issue, the problem of cross-migration is of concern to food processors because the flavors in some foods may be diluted.

During the past year, the Star-K working closely with Rabbi Gewirtz, became more aware of the problem and began searching for ways to persuade the huge petrochemical companies who produce the plastic resins to stop using additives with tallow based components and switch over to vegetable based alternatives. At the Star-K we had a clear directive from Rabbi Moshe Heinemann, our Rabbinic Administrator, to do whatever was possible to bring about a “tikkun” (Solution) to this problem.

Fortunately, with a great deal of “Siyata Dishmaya” (Heavenly help) we found Solvay Polymers of Houston, Texas a most welcome ally in this quest. At Solvay, a wonderful group of sincere, cooperative and committed individuals, including Dr. James Killough and Al Simons from the polypropylene unit did the necessary research to demonstrate that indeed plastics can be made with vegetable based additives without having to raise the cost to their customers.

At a press conference held at the annual meeting of the Institute of Food Technologists, Solvay Polymers announced that they were the first plastic resin producer to earn the “Certified Plastic” mark and to begin making resins which contain no animal products. This is turn would allow their customers to manufacture plastic food and beverage containers that completely satisfy the needs of kosher consumers.

Obviously, before an industry of this size and complexity would even consider making these changes, it would need confirmation that our concerns were real and that a very substantial number of food processors and consumers wanted these changes. Much credit for providing this confirmation goes to Rabbi Menachem Genack and his staff at the Orthodox Union (OU) who, once it was demonstrated that the plastic problem was rectifiable, used their considerable clout as the world’s largest certification agency to request that their companies begin taking steps to use only kosher plastic in their food packaging. Additionally, we need the cooperation of kosher consumers to advise certification agencies other than the Star-K and OU that it is expected of them also to do everything they can to help resolve this problem.

Although there remains much to be done, we are confident that the plastics industry will be convinced of our genuine concern, and that our low key approach, working in a professional manner with industry leaders, will lead to a satisfactory solution and a true “Kiddush Hashem” (sanctification of G-D’s name).