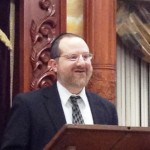 It was not Rabbi Mayer Kurcfeld’s first time in South Bend, Indiana, when he traveled there on January 27. Although the STAR-K Kashrus Administrator had been there previously, solely on Kashrus business, this time, in addition, he was asked by Rabbi Meir Bulman, Rav of the Hebrew Orthodox Congregation, to make two, women-only, vegetable inspection presentations– one for the Bais Yaakov of Indiana high school students and the other for the women of the community.

“I was totally amazed and, quite frankly, pleasantly surprised at the number of frum women who attended,” admitted Rabbi Kurcfeld. “Additionally, it gave me great pleasure to see both their attention and enthusiasm, but more so, the seriousness they gave the subject matter by really trying their utmost to learn the process in the short time that we had.”

Rabbi Kurcfeld is part of STAR-K’s Speakers Bureau, comprised of administrative staff members who travel throughout the country to present a wide range of selected topics that span the spectrum from the basics of keeping a kosher home, to its philosophical and spiritual significance and its practical application. It also explores the technical world of Kashrus, with behind the scene looks at the manufacturing and processing of several industries.

“Too often in Kashrus, it is the blind leading the blind,” explained STAR-K President Avrom Pollak, “and we feel it is imperative that we raise Kashrus standards throughout the greater Jewish community by sharing the expertise of STAR-K personnel. We welcome inquiries.”

Looking for Bugs Around the Country

“Bug inspection has to be taught,” Rabbi Kurcfeld told both the 20 or so students and the approximately 40 women attendees, in South Bend. “Until somebody shows you what the bugs look like and, especially, the size of them, you can never figure out what to look for. You have to experience it and practice finding them. In fact, it is STAR-K policy that mashgichim are not authorized to check for bugs until they have been taught, tested, and approved. It is a common misconception that the method one uses to soak or cleanse the vegetables–whether it is salt, vinegar, soap, etc.– is foolproof in bug removal. On the contrary, these are merely tools that people use to ‘help’ extract the bugs; they are not guarantees there are no bugs still present. Therefore, inspection is

still necessary. In the end, all the systems that are out there, that are used to assist in bug removal, must have one common denominator–you’ve got to learn how to check and be trained, as our mashgichim are, to differentiate between bugs and debris on fruits and vegetables. Even triple washed vegetables may be infested, I told the women; still, if we’re allowing you to check non-prewashed vegetables from the store which has a higher probability of bug infestation, surely it would be advisable to purchase the triple washed vegetables. At least then, you are ahead of the game. I taught them the cleaning procedure and the general rules.”

Rabbi Rhine expressed his thanks to STAR-K in a letter: “I am writing to thank you for the wonderful presentation of Rabbi Sholom Tendler….The presentation was clearly the result of a high level of both personal and organizational expertise, and was very well received. Also, allow me to use this opportunity to thank you and the devoted staff at the STAR-K for your generosity of spirit in so readily making your Kashrus expertise available to communities such as ours. Our community truly appreciates the “good neighbor” that we have in our relationship with the STAR-K. We thank you for your devotion to Avodas Hakodesh, and wish you much continued Hatzlacha.”

From Young Men to Yungermen

“The boys were enthusiastically engaged,” noted Rabbi Rosen. “They were learning about fruits and their blessings because of Tu B’Shvat. I did an interactive activity with them so they could feel, first-hand, what native Israeli boys, their age, would experience when going to the store to buy fruits and vegetables for their household.”

Rabbi Rosen was also invited to address the 9th and 10th grade classes of Yeshivas Ner Yisroel, in Baltimore, on Motzei Shabbos, January 24, at the Mechina’s melava malka. There, he stressed the importance of carefully analyzing a kashrus situation and applying principles in halacha to come up with reasonable conclusions, before jumping to a conclusion or not knowing the facts and just forbidding the product.

“Unfortunately, we’ve been subjected to sensationalism and scare tactics,” explained Rabbi Rosen. “I think we have to show young consumers and adults, alike, that we are not reactive; rather, we are analytical in terms of being able to make accurate kashrus conclusions. This is the importance of having a Rav Hamachshir–to have someone to be able to seek guidance from, once a week, who culls all the information and anaylzes it in a halachic manner to give it an accurate psak, just not an emotional one.”

STAR-K Kashrus Administrator Rabbi Zvi Goldberg was invited by Rav Sholom Weingot to address the Dirshu Kollel in Baltimore–the brainchild of Reb Daniel Ely, the Kollel’s indefatigable coordinator, and one of Dirshu’s largest baalei batim kollelim–on January 22. The halacha shiur on bishul Yisroel, pas Yisroel and cholov Yisroel, complemented the relevant gemorahs that the 50 or so yungermen get up each morning at 5:50 a.m., to learn. Among the questions discussed were: What are the differences between Sfardim and Ashkenzim with regard to bishul Yisroel? Do hearts of palm, cranberries, donuts, instant soups, potato chips, cereals, and corn need to be bishul Yisroel? If you heat up a hot pretzel, is it pas Yisroel?

“The Dirshu Kollel is a testament to the dedication of Baltimore’s balei batim to Torah,” shared Rabbi Goldberg. “To see so many people showing up to learn in the early morning is an incredible sight. It was a real zechus to share the practical halachos with them.”

Just for the record, not all of STAR-K’s speaking engagements have gone as smoothly as these most recent ones. Back in 2003, STAR-K’s Director of Development, Steve Sichel, was invited to give a 45-minute Kosher seminar at a food show in Hyderabad, India. When he arrived at the hall and did not see his name on the list of speakers, he spoke to the coordinator of educational seminars. “Don’t worry”, he told Mr. Sichel, “it was an oversight.” When it was finally his turn to speak, he was called up and allowed only ten minutes. Mr. Sichel regaled his audience by saying, “I just traveled almost 10,000 miles to give a 10- minute talk. That is roughly 1,000 miles traveled for every minute I speak. I really hope you pay attention to my every word.