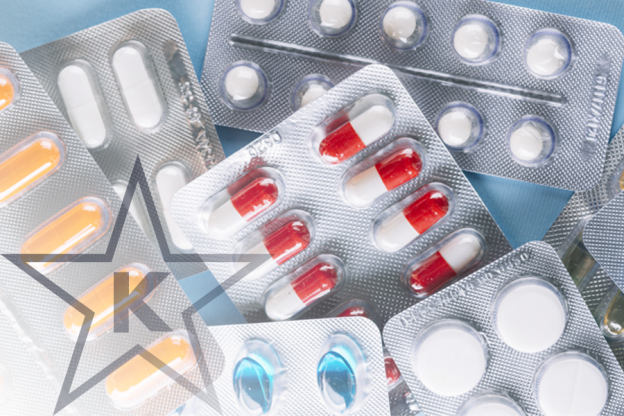 In the times of Chazal, people would grind up medicine as needed. Grinding is forbidden on Shabbos; therefore, Chazal enacted a gezeira that a person should not take medicine on Shabbos for a minor ailment. Even though it is not common nowadays for a consumer to crush his own medicine, the gezeira remains in full force. In general, it is forbidden for a person with a minor ailment to do anything on Shabbos which an observer would realize is being done for refuah. I asked Rav Heinemann, shlit”a, twenty questions regarding treating minor ailments on Shabbos. Below are the questions and his answers. Following that, I have added source material for those who wish to further understand these pesakim.

Q1: How bad does a headache or an allergy such as hay fever need to be in order to take medicine on Shabbos?

Q2: Is a person allow to add fiber to his diet by taking Metamucil on Shabbos?

Metamucil is generally taken for a minor ailment and one should, therefore, not dissolve it in liquid or mix it with food and drink or eat it on Shabbos. However, regular food with a high fiber content may be eaten on Shabbos even if it is being eaten for the sake of the fiber.

Q3: If a person has an infected finger or toe, what is he allowed to do on Shabbos?

Although a person with an infected finger or toe may be experiencing only mild discomfort, if it is left untreated it could potentially be dangerous. Therefore, a person would be allowed to take medicine or dab cream on the infected area. He should take care not to smear the cream, as this is prohibited on Shabbos. He is permitted to place a band-aid over the cream, even though this will result in the cream being smeared.

Q4: Is one allowed to put an ice pack on a bruise on Shabbos to reduce swelling and pain?

If a person has only mild discomfort, then he should not use an ice pack on Shabbos if it is clearly being done for medicinal reasons.

Q5: Is one allowed to open a heat-pack on Shabbos?

A heat-pack does not generate heat until it is opened. Consequently, opening the heat-pack completes the process of making it functional, which is forbidden on Shabbos. A sick person may ask a non-Jew to open a heat-pack for him on Shabbos.

Q6: Is a pregnant woman allowed to take supplements on Shabbos?

If a doctor feels that there is a medical need for her to take supplements then she may do so; otherwise, she may not take them on Shabbos.

Q7: Is a person allowed to do physical therapy exercises on Shabbos?

Q8: If Sunday is a fast day, is a person allowed to take pills on Shabbos in order to make fasting easier?

A person should not do this. However, if he knows that fasting will incapacitate him (choleh kol gufo), then he may take pills on Shabbos to prevent this from happening.

Q9: What is a person with chapped hands or chapped lips allowed to do for this condition on Shabbos?

In the times of Chazal, it was normal for a person to smear oil on his skin. As it was not obviously being done for refuah, it was permitted for a person with chapped hands to do so on Shabbos. However, this is no longer the case. A person with chapped hands may only smear on his skin a liquid which healthy people use. All creams would be forbidden due to the prohibition of smearing.

Q10: What is a person who has come into contact with poison ivy allowed to do on Shabbos?

Q11: Is an insomniac allowed to take a sleeping pill on Shabbos?

If the lack of sleep will cause the person to be unable to function normally the next day, he may take a sleeping pill on Shabbos. Otherwise, he should not do so.

Q12: If a person has a minor headache on Shabbos and expects that by delaying the medicine it will turn into a severe headache, is he allowed to take medicine now?

If he expects the headache to become debilitating, he may take medicine now and does not need to wait.

Q13: If a person takes aspirin every day, is he allowed to also take it on Shabbos?

Although there are opinions that medicine which is taken every day may be taken on Shabbos, he should take the aspirin on erev Shabbos and motzei Shabbos rather than on Shabbos, if possible.

Q14: Is a person allowed to spray himself with mosquito repellant or sunscreen spray on Shabbos?

A person is allowed to use insect repellant or sunscreen spray on Shabbos.

Q15: Can a person use deodorant or antiperspirant spray on Shabbos?

Q16: Is a person allowed to wear a dental retainer on Shabbos, and is he allowed to turn the key of a palate expander?

One is allowed to use a dental retainer on Shabbos, and may even wear it in an area which does not have an eruv. A person should not turn the key of the palate expander if it will cause him discomfort on Shabbos.

Q17: Can a person put wax under his braces on Shabbos in order to prevent it from digging into his gums?

A person cannot mold wax on Shabbos. Merely placing the wax under braces would be permitted, however, shaping the wax would be forbidden.

Q18: Is a person allowed to wash and clean contact lenses on Shabbos?

Washing and cleaning contact lenses on Shabbos can be compared to washing dishes on Shabbos. This is permitted if the washed items will be used on Shabbos.

Q19: What may one do on Shabbos for a baby with a diaper rash?

A baby who is in pain is considered to be sick, and not merely suffering from a minor ailment. Therefore, if a baby has a diaper rash one may dab cream onto the affected area. One should not smear the cream directly.

Q20: How should one open and apply a Band-Aid on Shabbos?

One should pull apart the outer wrapper of the Band-Aid at the place where its two sides were glued together. One may remove the protective wrapper from the underside of the Band-Aid and apply it.

1. Regarding the definition of choleh kol gufo, see Shulchan Aruch and Rema O.C. (Orach Chaim) 328:17, Aruch HaShulchan 328:19, Shulchan Shlomo 328:23. For an extensive treatment of this subject, see “Halachos of Refuah on Shabbos” by Rabbi Pinchos Bodner, shlit”a, in which these laws are eloquently explained. Most of the source material below was culled from this work. Regarding headaches on Shabbos, see Minchos Yitzchok 3:35 #2, Ketzos HaShulchan 138 (Badei HaShulchan #31). Regarding hay fever on Shabbos, see Shemiras Shabbos Kehilchoso chapter 34 footnote 52 quoting Rav Shlomo Zalman Auerbach, zt”l, and Shevet HaLevi 8:66.
2. See Igros Moshe O.C. 2:86, Shulchan Shlomo 328:38(2).
3. Tzitz Eliezer 8:15 chapter 14 understands the Chazon Ish O.C. 52:16 to require that the cream be administered with a shinui. However, Orchos Rabbeinu vol. 1 page 158 states that the Chazon Ish allowed cream to be squeezed onto a finger without a shinui in order to dab it onto the diaper area of a baby. Shevet HaLevi 4:53, 5:31 #3 also allows dabbing cream from a tube onto a wound if needed. Shulchan Shlomo 321:25(2) allows placing a band-aid over the cream even though this will cause the cream to be smeared.
4. Shulchan Shlomo 328:37 allows placing ice on a swelling on Shabbos even though it is clearly been done for medicinal purposes, because swellings are not healed with medicine. However, “Halachos of Refuah on Shabbos”, page 29, questions this and points out that there are medicines used to reduce swelling. It would follow that an ice pack should not be used if it is clearly being done for medicinal reasons.
5. Regarding the use of a heat pack on Shabbos, see the essay of Rabbi Menachem Shimmel, shlit”a, in the journal Yeshurun volume 21. His conclusions are debatable.
6. See Mishna Berura 328:120 that anything done lechazek mizgo – to strengthen a person’s constitution – is forbidden on Shabbos, even for someone healthy. Shemiras Shabbos Kehilchoso 36:1 quotes Rav Shlomo Zalman Auerbach as saying that taking prenatal supplements is permitted if there is any possibility of harm to the health of the mother or baby if they are not taken.
7. Shemiras Shabbos Kehilchoso 14:38 states that a person should not do exercises with physical therapy equipment on Shabbos in order to increase flexibility, but he is allowed to do simple hand exercises even though his intent is to relieve discomfort.
8. Shulchan Shlomo 328 footnote 1 states that a person who gets debilitated from fasting is allowed to take medicine on Shabbos in order that it be easier for him to fast the next day. The implication is that a person who will not get that sick should not take this medicine on Shabbos.
9. See Rema O.C. 327:1, Mishna Berura 327:4.
10. See “Halachos of Refuah on Shabbos” page 262.
11. Shemiras Shabbos Kehilchoso 33:16 states that someone who will be very distressed from lack of sleep is allowed to take a sleeping pill on Shabbos. See footnotes there, and Shulchan Shlomo 321 footnote 17 that Rav Shlomo Zalman Auerbach paskened this way.
12. See Shulchan Shlomo 328:1, Minchas Shlomo 2:34 #37.
13. In the rulings of the Chazon Ish printed at the end of Imrei Yosher on Seder Moed, #97, the Chazon Ish is quoted as saying that medicine which is needed to be taken daily for an extended period of time may be taken on Shabbos. See also the words of Rav Shlomo Auerbach quoted in Shemiras Shabbos Kehilchoso chapter 34 footnote 76 and Tikkunim U’miluim ibid. Koveitz Teshuvos of Rav Elyashiv, zt”l, volume 1 O.C. #40 states that it is customary to allow this if the course of medicine was started before Shabbos. However, Igros Moshe O.C. 3:53 is stringent.
14. See Ketzos HaShulchan 138 (Badei HaShulchan #31).
15. See Cheshev Ha’Eifod 2:59.
16. See Shemiras Shabbos Kehilchoso 34:29.
17. See Shemiras Shabbos Kehilchoso ibid.
18. Koveitz Teshuvos of Rav Elyashiv volume 1 O.C. #26 and Shevet HaLevi 10:55 are stringent. However, Shemiras Shabbos Kehilchoso 15:83 allows cleaning contact lenses on Shabbos unless they have dried out, in which case he forbids it because of tikkun mana. Migdenos Eliyohu (quoted in Piskei Teshuvos siman 320 footnote 199) argues that there is no concern of tikkun mana because this is a common occurrence.
19. See footnote 3 above.
20. See “Halachos of Refuah on Shabbos” page 328.