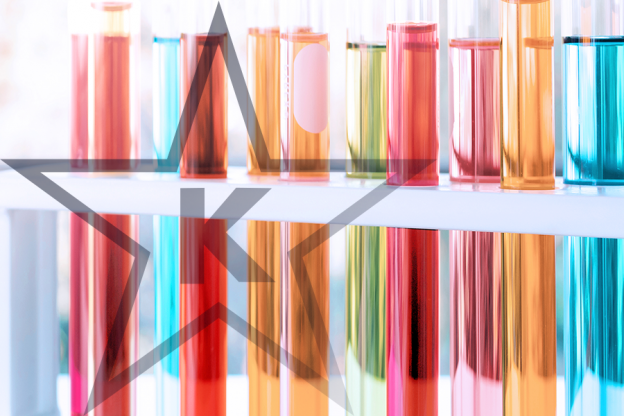 “If there is any doubt, ask!” is a mantra that behooves any pulpit rabbi to convey to his kehila regarding kitchen mix-up issues. This is especially true concerning those shailos that involve the erroneous use of uncertified products whose only kashrus concern is that it contains mysterious “natural and artificial flavors”. However, all too often the food is thrown into the garbage before a shaila is asked. Surprising to most, when consumers in this predicament call into the STAR-K hotline, more often than not we can be the bearer of good news.

Before I delve into why, let me share a watershed story that will carry us to the essence of the matter

Where Is The Beef?

In April, 2001, a high profile article entitled, “Where’s the Beef? It Is In Your Fries!” appeared in India West, a popular newspaper and internet site for the North American Indian community.1 The article described the discovery by a vegetarian named Hitesh Shah, who contacted McDonald’s headquarters to inquire about the oil used to cook their world-famous French fries. Mr. Shah was told that although the company switched from using animal tallow to vegetable oil in 1990 due to cholesterol concerns, natural flavoring made from beef extract was added to McDonald’s French fries when they were par-fried in their corporate production facility – before being sent to their individual stores. However, McDonald’s publicly declared that their French fries were fried in pure vegetable oil. In their stores and on their website “natural flavor” was the only “hint” at the rest of the story. This revelation was a bombshell to the vegetarian community and, soon after, a class action suit was filed on behalf of vegetarians and members of various religions whose principles were compromised. About a year later, McDonald’s agreed to a $10 million dollar settlement.

After my conversation with Dr. William L. Baugher, Ph.D, founder of STAR-K certified Blue Mountain Flavors, it was clear that such a conflict could have been avoided. As a highly trained flavor chemist, Dr. Baugher made it very clear to me that an expert food scientist can formulate any flavor to be kosher and pareve. Once one fully understands the science of flavors, little stands in the way of imitating any desired flavor. Dr. Baugher explained that in the case of McDonald’s, all that was required was the utilization of a compatible pareve beef flavor from a flavor reaction that uses palm oil. This could produce a flavor that would have a taste 50X stronger than real beef. A small amount of that reaction flavor could be used in lieu of the tallow, which would provide the “real” beef flavor without the needless cholesterol (and a needless $10 million settlement). The same process could be followed by using sunflower oil to produce a chicken flavor, or sesame oil to produce a pork flavor!

In addition to reaction flavors, kosher-sensitive flavor components such as glycerin, fatty acids and alcohol or butter flavor can be derived from kosher pareve, non-kosher or dairy components. Thus, there is the real possibility that any given questionable flavor could contain kosher and non-kosher ingredients.2

Since a flavor is made up of multiple source materials, I will try to explain how a non-kosher ingredient found in a flavor may not necessarily cause the end-product to be considered treif.

Ingredients With A Strong Taste

One of the most common questions that arises in the kashrus of flavors revolves around the concept of מידי דעבידי לטעמא – a flavor component imparting a strong taste.

“Everything that is prohibited in our day is nullified in a combination of 1-to-60 ratio of non-kosher to kosher, except for chometz on Pesach and wine that was libated for an idol … just as long as the 1-to-60 ratio doesn’t impart taste to the dish. However, if it imparts a discernible taste and it is forbidden in and of itself, nullification even in one thousand does not apply. Therefore, since salt and spices are substances that impart strong taste, if they are forbidden in and of themselves they are not nullified in sixty. “

Clearly, the רמ”א is telling us that although ingredients like flour, sugar and eggs contribute a taste to the foods into which they are added, nevertheless they do not possess strong flavors. Chazal presume that their taste is בטל (nullified), at the most, in the standard ששים; however, salt and spices are different. They are highly concentrated in their flavor and can contribute their taste well beyond ששים. Thus, they are not בטל unless we know that their taste can no longer be sensed.4

The first category is comprised of the primary components of a flavor that are introduced to contribute taste and smell. (Ingredients that are specifically added for their smell component are called aroma chemicals e.g., methyl anthranilate – grape, furanone – strawberry, methyl butonate – pineapple, etc.). Although these components are the primary forces in the making of a specific flavor, usually they are very concentrated and consequently used in very small percentages in the final product.

The second category includes thickeners (e.g., starch), preservatives (e.g., citric acid), dispersing agents (e.g., glycerin), carriers (e.g., ethyl alcohol), diluents (e.g., propylene glycol), mouthfeel ingredients (e.g., maltodextrin) and second-tier flavor contributors (e.g., cane sugar). These are some of the essential components in a quality flavor that might also contribute a taste, but do not fall into the category of “salt and spices” mentioned by the רמ”א.
General Application of the Principle: מידי דעבידי לטעמא

How do we apply the Halacha that was previously quoted from the רמ”א ?

All of the ingredients in the second group are not considered to be עבידי לטעמא . They are either tasteless or contribute a significant, but limited taste relative to the מלח ותבלין – salt and spices – mentioned by the רמ”א. If a prohibited substance from this group would be present in a flavor, it would be בטל in the standard ששים.

If one of the first group’s components turned out to be אסור (forbidden), in most cases it would not be nullified, even in one thousand, if it could still be tasted. This is because it is similar to מלח ותבלין in its purpose and power to influence the flavor. Now we can relate the principle of מידי דעבידי לטעמא to a practical application.

A flavor containing treif glycerin derived from animal tallow was a component of a flavor used in prune hamantashen filling.

The hamantashen and baking sheets would retain their kosher status for the following reason: Since the glycerin comprises 10% of the lemon flavor it is not בטל in the flavor. The lemon flavor is absolutely forbidden. Nonetheless, we do not say that the lemon flavor isn’t nullified in the prune filling for the following reason: If we look back at the רמ”א that was quoted earlier, we will notice that he said,
ולכן מלח ותבלין מדברים דעבידי לטעמא אם אסורים מחמת עצמן אינן בטילים בששים
“Therefore, salt and spices which are meant to flavor, if they are forbidden in and of themselves, they are not nullified in sixty.”

What does the רמ”א mean when he stated, “If they are forbidden in and of themselves they are not nullified in sixty”?

The רמ”א means to exclude a case like ours where the איסור is not עבידי לטעמא . In our case, only the lemon oil and limonene are עבידי לטעמא . The glycerin, while sweet, contains only 60% of the sweetness of sugar. It is used as an emulsifier in the flavor to help evenly distribute the flavor components. We can then invoke the principle brought by the רמ”א 5 .

“That which becomes forbidden cannot forbid more than which made it prohibited.”

While there are some exceptions, similar halachic considerations would allow us to conclude that flavors whose kosher status is unknown often can be presumed not to affect the status of the end product.

Despite this likelihood, it is always prudent to check every product we purchase – even products that we have purchased for years – to ensure that it currently bears a proper kosher certification. By doing so, we will avoid many headaches and need not call the STAR-K hotline to say, “I am so embarrassed. I bought such-and-such a product without checking for a hechsher and used it in a recipe. Is there any chance …?

Editor’s note: STAR-K does not rely on bitul when certifying food products.