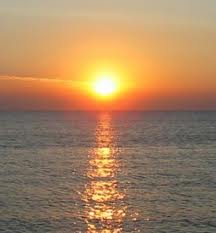 If one would visit the numerous day schools, chadarim, mesivtos and batei midrashim throughout the world, one would find that every child, almost every bochur and most Kollel Yungeleit have never performed the mitzvah of reciting Birchas Hachama (the blessing of the sun).  This is because this mitzvah is performed only once every 28 years.    The last time it was recited was in 5741 (1981) and b’ezras Hashem the next time will be this coming Erev Pesach, 5769 – Wednesday April 8, 2009.  What is this special mitzvah and why is it recited so infrequently?

I. Birchas Hachama – A Simple Explanation

The Amorah  (Talmudic scholar), Abaye, said1 that every time that “Tekufas Nissan” (the beginning of spring, as calculated by Chazal) occurs at 6:00 p.m. on Tuesday evening (when the halachic day of Wednesday begins) one should go outside the next morning and recite the brocha, “Osei maaseh braishis.”  This occurs once every 28 years.

On Wednesday morning (the day after Tekufas Nissan), one goes outside and quickly gazes towards the sun and says, “Baruch atah Hashem Elokainu Melech haolam oseh maaseh braishis,” – “Blessed are You, Hashem, our G-d, King of the universe, Who re-enacts the structure of the creation.2 Additional tefillos praising the Ribono Shel Olam are also recited. Before the bracha Hallelu es Hashem min Hashamayim3 is recited.  After the bracha Kail Adon,4 Mizmor HaShamayim Mesaprim5 and Aleinu6are recited.  If there is a minyan, Kaddish7 is recited after Aleinu.

Ideally, Birchas Hachama should be recited before the third hour of the day.8 B’dieved, one has until chatzos (midday) to recite Birchas Hachama.  It is preferably recited while standing – “b’rov am”, with a group of other people.9 Women and children should recite the bracha, as well.  A blind person should be yotzai (fulfill his obligation) through hearing someone else make the bracha.

If it is cloudy, the following halachos apply:  If one can see the lines of the sun behind the clouds, one may say Birchas Hachama.  If it is so cloudy that the sun is not visible, one may not say Birchas Hachama with the name of Hashem.10 Rather, shortly before chatzos (or when it is obviously going to stay cloudy until chatzos) one would say, “Baruch oseh maaseh braishis” without the name of Hashem.

When the world was created, the sun and moon were created on the Wednesday of the week of bri’as haolam (creation of the world).  On that day, the beginning of spring11 (known as “Tekufas Nissan”) was at 6:00 p.m., on Tuesday the beginning of the halachic day Wednesday.12

Klal Yisroel is zoche (merits) to have two types of mitzvos.  Some mitzvos are performed frequently, on a daily or weekly basis; other mitzvos are performed infrequently.  Both types of mitzvos, are done to better serve the Ribono Shel Olam.  One purpose of frequently performed
mitzvos is to become more consistent in our connection to Hashem.  How beautiful it is when Yidden daven “day in and day out,” or when the Nashim Tzidkaniyos (righteous women) faithfully light candles every single Erev Shabbos and Yom Tov.

Infrequently performed mitzvos such as Birchas Hachama offer Klal Yisroel the opportunity to serve Hashem with special “hischadshus,” renewed anticipation and excitement in serving the Borai Olam (Creator) with a mitzvah performed by Yidden throughout the world – usually only three times in ones lifetime! May we merit the recitation of Birchas Hachama with Moshiach Tzidkainu who should come bimhaira b’yamainu, speedily in our days.

Listen to a teleconference interview about Birchas Hachama. Click here.

4. This is from the Shabbos morning davening.

6. Mishna Brura 229:8.  See also Teshuvos Chasam Sofer 1:56. There are various other customs as to which psukim and tefillos are recited before and after the bracha.

8. Sof z’man K’rias Shma, according to the opinion of the Gra.

9. “B’rov Am Hadras Melech”.  We honor Hashem when a group of people perform the mitzvos together. Of course, one can say Birchas Hachama alone, but it should ideally be said with a minyan or with at least two other people (the minimum “rov am” is three – see Chaye Adam 68:11).

10. Mishna Brura 229:8, who quotes the Teshuvos Chasam Sofer 1:56.  Note the Panim Meiros 2:30 states that it is enough to see the light of the sun as opposed to the actual sun.  Therefore, even if it is cloudy, one may say Birchas Hachama by going outside and seeing “sunlight”.  The Mishna Brura rejects this view.  Alternatively, one could go to a tall mountain or very large body of water and recite, “Oseh maaseh braishis,” having in mind Birchas Hachama (see Sefer Shaarei Zmanim, Siman 3, footnote 4.  See also Siman 3, Section 3 regarding whether Birchas Hachama can be said in countries west of Eretz Yisroel on Tuesday if the weather forecasters predict that on Wednesday it will be very cloudy).

13. In reality, the earth takes 365 days, 5 hours 48 minutes 46 seconds to revolve around the sun.  As will be discussed, Shmuel sacrificed accuracy for simplicity, and used the rounded number of 365 ¼ days.

15. Birchas Hachama and the secular date are both based on the seasons which are based only on the sun.  Therefore, the secular date of Birchas Hachama is the same every time it is recited.  The date changes every century when the Gregorian calendar skips a leap date (i.e. when there is no February 29 in years ending in “00”, not divisible by 400).  Therefore, in the 19th Century Birchas Hachama was said on April 7.  It switched to April 8 when there was no February 29, 1900.  After 2100, when February 29 will not occur, it will switch to April 9.  It should be noted that V’sain Tal U’matar also begins at the same time on the solar calendar every year (either December 4th or 5th at Maariv) because Tal U’matar is also based on the tekufos (60th day of Tekufas Tishrei/Fall).  Every century, when there is no February 29, Tal U’matar also shifts a day.  In the 19th Century, it began December 3 or 4 at Maariv.  In the 22nd century, it will begin on December 5th or 6th at Maariv.

The answer is that there are two different ways of calculating the tekufa, one according to Shmuel and the other according to Rav Ada.  As previously indicated Shmuel’s tekufa is based on a year that is 365 days 6 hours and is the tekufa used for Birchas Hachama and Tal U’matar (60th day of Tekufas Tishrei/Fall).  Rosh Hashanah, Yomim Tovim, and the calendar are based on the Tekufa as calculated by Rav Ada, which is closer to the scientific calculation of the beginning of spring.  Since these two times are slowly drifting away from each other (Tekufas Shmuel is moving later in relationship to Tekufas Rav Ada), it is possible to say Birchas Hachama after Pesach since Pesach is calculated according to Tekufas Rav Ada, while Birchas Hachama is based on Tekufas Shmuel.

The Chazon Ish (OC Siman 138, se’if katan 4) explains that the calculations of Chazal are slightly different from the calculations of science to make them more simple to use.  This concept of sacrificing precision for simplicity is also found in the Gemara including Sukka 8a (in regards to square roots in calculating the hypotenuse of a triangle – see Tosfos).  The purpose of mitzvos is to accept the Heavenly yoke and to fulfill the “chochmas haTorah” (wisdom of the Torah).  These must also be performed by “chalushei hada’as”, individuals who may be academically and mathematically weak.  Therefore, in certain cases as determined by Chazal, mitzvos can be performed based on calculations that have been rounded off for simplicity and do not require precise calculations.  In other words, since all of Klal Yisroel must perform these mitzvos, we must utilize a simple calculation to avoid mass confusion.  Tekufas Rav Ada is closer to the scientific calculation but is also not precise.  Once again, a small degree of accuracy was sacrificed to achieve the “simplicity” of basing the calendar on the average lunar year.  It should also be noted that using a precise solar calculation would mean an inaccurate average of the lunar months.  For a detailed discussion of this issue, see Sefer Shaarei Zmanim Siman 1.

17. The Ostrovtzah Rebbe, zt”l, as quoted in Sefer Me’ir Aini Chachamim, says that since the creation of the world, Birchas Hachama was recited on Erev Pesach on three occasions – the day before the exodus from Egypt, at the time Mordechai and Esther fasted after the decree of Haman, and “very soon”, referring to 5685 (1925) as the Rebbe discussed in the early 1900’s.  There are two questions on this explanation:  1) If Birchas Hachama is recited every 28 years, it was recited in 2437 and 2465, and the exodus from Egypt was during or next to the year 2448, when Birchas Hachama was not said.  The story of Purim took place during or near 3405, which is nowhere near 3389 and 3417, the years of Birchas Hachama.
2) Furthermore, Birchas Hachama was recited on several occasions on Erev Pesach (after the stories Pesach and Purim), including the following years:  4369 (609), 4453 (693) and 5069 (1309).  Therefore, the Ostrovtzah Rebbe’s statement needs further clarification, v’tzarich iyun. See Sefer Shaarei Zmanim 1:8.  [It should be noted that this year, Erev Pesach will be only the third time in the last 1300 years that both the preparation of an Eruv Tavshilin and the recitation of Birchas Hachama will occur on the same day.]

18. When Moshiach comes, bimhaira b’yameinu, we will establish Rosh Chodesh based on witnesses and there may be slight variations in the Jewish calendar that is currently based on calculations.