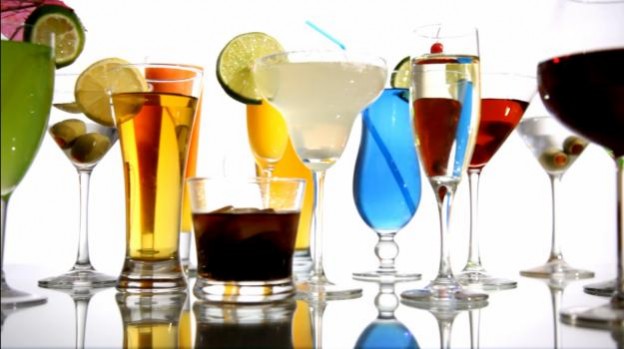 Introduction:
Since the appearance of the first Star-K approved liquor list over 12 years ago, the liquor industry has become visibly spirited, sophisticated and very high profile.  As society moves in that direction, so has the kosher consumer.  Whether or not this is meritorious is not for us to editorialize.  However, baruch Hashem, life cycle simchos continue to abound, and a hearty l’chaim is still an integral part of sharing in one’s simchos.  Briefly, Kashrus Kurrents wants to update its readership concerning the past and current trends that have taken place, as well as how we arrived at our conclusions, under the direction of our esteemed Rav Hamachshir, Harav Moshe Heinemann, shlita.

There has virtually been little change in American whiskies.  Bourbon by law has to be at least 51% corn and is aged in new oak charred casks.  Canadian whiskey may contain flavorings and a very small percentage of OTS (other than standard) grape wine.  Crown Royal is the only Canadian whiskey that has informed Star-K that they are grape wine-free.

It has come to our attention that Irish whiskies may add wine in small percentages.  Similarly, wine and glycerin may be added to tequilas.  The Silver (Blanco) variety of tequila is free of additives; otherwise, tequila requires supervision.  The Star-K lists those brands of Irish whisky that are free of wine.

Scotch, a most complex spirit, presents a challenge when trying to formulate a definitive kashrus policy.  As we have noted in previous articles, scotch is aged in a combination of used bourbon and used wine casks, predominantly casks that were used to age sherry, port, Madeira or olorosso wines.  By far, the greater percentage of casks used to age scotch are pre-used bourbon casks.  Does the smaller percentage of sherry casks present a halachic problem?  Some distillers will first age the scotch conventionally and then refill the scotch into sherry casks to complete the aging process, in order to impart a sherry taste into the scotch.  Unquestionably, scotch that is aged exclusively in sherry casks has a sherry look, taste and smell pervading the scotch.

Star-K halachic policy maintains that any scotch that advertises on the label, neck tag, website, etc. as being aged, finished, double aged or refilled in sherry casks, or other wine casks, are not approved and are not acceptable.  If there is no mention of sherry casks, or any other variety of wine casks or refilling, the scotch is acceptable because the amount of sherry present would be botul1 in the final product.

Without a doubt, buying alcohol with reliable kosher certification is the best way to ensure that it is flavored and aged k’das uch’din.

Chometz Sheavar Alav HaPesach:
As is the law with private Jewish consumers, Jewish merchants or Jewish manufacturers may not own chometz on Pesach.  Included in this prohibition are grain derived beverages (i.e., those derived from barley, rye, oats, wheat or spelt).  These products must be consumed or destroyed before Pesach.  In the event that the volume of Jewish owned chometz is too great to be consumed or destroyed, the chometz may be sold to a non-Jew in a bona fide sale so that the chometz will be fully transferred out of Jewish ownership.  Failing to do so will render the unsold chometz forbidden for Jewish consumption after Pesach.  These laws apply equally to any chometz that was in his possession during Pesach,2 whether it is simply owned by a Jewish merchant or produced by a Jewish manufacturer.

How does this prohibition impact on the alcoholic beverage industry?  Most authorities3 are of the opinion that alcoholic beverages such as whiskey, which is derived from wheat, barley or rye, are chometz gamur, and a person must not own these products on Pesach.  If a Jew did not sell his liquor, the prohibition of chometz she’avar alav haPesach would apply; the whiskey may not be used, nor may any benefit be derived from these beverages.

What about the whiskey manufacturers?  After years of research, it is clear that the overwhelming majority of companies producing spirits are either large corporations that are publicly owned or are non-Jewish.  There is a major American whiskey company that is Jewish owned that has been selling their chometz through the Orthodox Rav in Louisville, Kentucky for well over a decade.  Moreover, the finished goods do not go directly to your neighborhood liquor store; they first go to large distributors that house great inventories of alcoholic beverages.  In many large metropolitan areas, the owners of the liquor distribution companies are Jewish and do not sell their chometz.4  In fact, one liquor manufacturer informed us that out of the 50 major liquor distributors used to distribute their products, 16 distributors are Jewish owned!  There is little control over what is distributed on Pesach.  However, unless one knows for a fact that the liquor comes from a non-observant Jewish distributor who did not sell his chometz and owned the alcohol over Pesach, or whether the whiskey comes from the local Jewish liquor proprietor who did not sell his chometz and owned the liquor over Pesach, one need not be machmir.  Chometz she’avar alav haPesach is a rabbinic prohibition.  In the event that we have a safek, a reasonable doubt regarding a rabbinic prohibition, the halachah allows us to take a lenient position.5