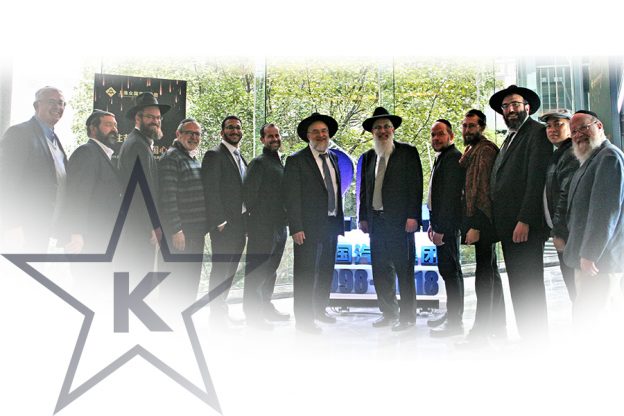 They come from Perth; Yerushalayim; Mumbai; Manila; Boston; Scottsdale; and Los Angeles, but truly the mashgichim attending the inaugural STAR-K Pan-Asia Kosher Training Seminar in Shanghai, January 9-14, live out of their suitcases. Dedicated to the mission of ensuring and spreading kashrus, even at a moment’s notice, implies where they are from is wherever their luggage happens to be.

Representing the premier kosher certifier in Asia, these STAR-K mashgichim are the “eyes and ears” in the field who help certify thousands of products –from canned goods and nori sheets in China and South Korea, to spices and coconut products in India and Sri Lanka, and banana chips and coco sugar in the Philippines–mostly exported as “bulk” ingredients to be processed globally into consumer products.

Rabbi Yosef Wexler, who traveled from Yerushalayim to attend, mentioned in his letter to STAR-K President Avrom Pollak, “As I go back into the field today, it is with renewed energy after the inspiring few days that I spent in Shanghai with Rabbi Mushell, Rabbi Heber and the incredible team of STAR-K Asia Pacific. All the shiurim and events were informative and inspiring. The Q & A session with Rabbi Mushell was an important opportunity for us in the field to discuss face-to-face with our Kashrus Administrator various issues that come up in the factories. Rabbi Heber’s shiur on zmanim and the International Dateline helped me gain a clear picture and practical guidelines in this complicated area of halacha often encountered by the traveling mashgiach. However, without a doubt, the highlight was the Q & A session with the Rav HaMachshir Rabbi Heinemann, shlit”a. It was a tremendous zechus to ask various shailos to such an adom gadol. The Rav answered all our shailos at length with tremendous insight and depth and even a little humor sprinkled in. Yasher koach!”

Participant Aryeh Mendoza, from Manila, concluded, “To date, this was the most impactful weekend of my career. I now truly recognize the amazing people I work with, and we all gained a deeper understanding of the holy work in which we are involved.”