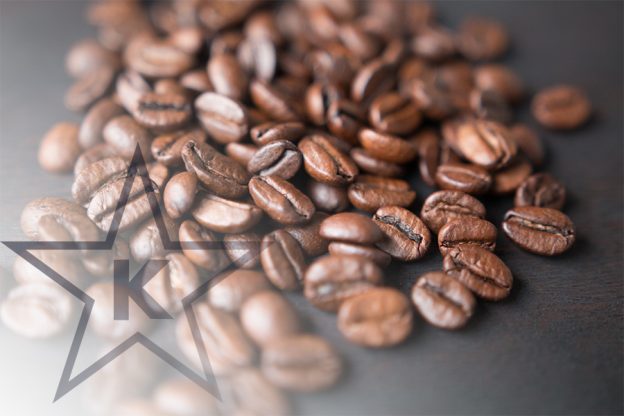 Happy Fact: Unflavored roasted coffee beans, whole and ground, are considered kosher without a hechsher (kosher certification). Bearing this in mind, buying a cup of unflavored regular, decaf, or High-Octane coffee (my usual choice) should not present any kashrus issues, right?

Not so fast fellow caffeine heads; life is never so simple.

The Problem: Some coffee vendors sell kosher and treif (non-kosher) items, like the Bacon & Gouda Breakfast Sandwich and the Pepperoni & Tomato Savory Foldover.1 The keilim (utensils) used for coffee and treif can at times be washed together, causing blios, absorbed tastes, from the treif kli to enter the coffee equipment. In Starbucks, for example, it’s been established that the brew basket that holds the coffee grounds while the coffee is being made is sometimes washed with keilim that may have come into contact with treif. If we have a “perfect storm” situation in which the wash water is yad soledes,2 and no soap enters the water before the treif equipment is placed in the water, then the brew basket is considered treif and the coffee made afterwards is treif.

We do not know the cleaning procedures used by all coffee vendors, but most of them sell treif items along with coffee and the possibility exists that similar keilim issues may be present.

Based on these facts and assumptions, the psak (halachic decision) should be that one is permitted to buy hot coffee only from vendors that he knows do not sell treif, or whose cleaning procedures do not impact the kashrus of the coffee. This is, indeed, STAR-K’s opinion on purchasing coffee from stores that sell treif items.

The Exception: True or False?

If one is traveling on the road – by car, plane, bus, or horse – he can stop at a rest stop, gas station or even a Starbucks and purchase a hot cup of Joe.

Give yourself a star if you answered True.

Upon what is this exception based?

We need some background to answer this question. Our concern centers on the keilim used to make coffee and/or the utensils from which one may drink that may have blios from treif.

The halacha is that tastes that are pagum, or off-tasting, do not have an ability to impart a treif status to kosher foods or utensils.3 The halacha also states that tastes absorbed in a utensil that is not a Ben Yomo, i.e., has not been used within 24 hours, are considered pagum.4

Furthermore, Shulchan Aruch paskens in Yoreh Deah (Y.D.) 122:6, that if one is unsure if the eating utensils or cooking equipment owned by non-Jews was used for non-kosher within 24 hours, one may assume that they were not. This concept is known as Stam Keilim Eiynon Bnei Yoman, or just Stam Keilim (סתם כלים) in halachic shorthand. With this in mind, the Mechaber paskens that if someone mistakenly used the pot of a non-Jew to heat up something, the food is permitted since it is assumed that the pot was not used within the past 24 hours. This is a great din to keep handy when faced with a b’dieved5 situation, like the one in the Shulchan Aruch.6

The question we need to answer is if buying coffee in a non-kosher establishment while traveling has the status of a b’dieved situation. This would allow us to apply the principle of Stam Keilim to the coffeemaking equipment and grant us a guilt- free cup of Starbucks (how to avoid guilt while paying $5 for a cup of coffee is beyond the scope of this article).

Rabbi Moshe Heinemann, shlit”a, answered this question by marshalling a Yad Ephraim7 that appears on the page in the Shulchan Aruch that we previously mentioned in Y.D. 122: 6. The Yad Ephraim references a responsa from the Nodah B’Yehuda8 (Nb”Y) which discusses the propriety of Jews drinking coffee in the Gentile-owned coffeehouses of 18th century Prague. As they say, the more things change the more they stay the same! It is almost 300 years later, and Jews still want their coffee ככל העמים

The issue addressed by the Nodah B’Yehuda revolved around drinking coffee from the coffeehouse’s mugs. It was assumed that the mugs had non-kosher milk in them when the Gentile patrons drank their coffee. In those days, there was no heter (permission) to drink non-cholov Yisroel milk or cholov stam and it was considered רוסא, not kosher. Since paper cups had not yet made their way onto the scene, the only way to drink the coffee was to use the mugs that had absorbed the taste of non-kosher milk. What was a Jew to do?

The Jews who drank from the mugs back then had two possible reasons why it should be allowed:

The Nb”Y dismisses the Kli Sheni heter by referencing the Taz and Rashal, who pasken that this only helps in a b’dieved situation. The Shach writes that we need to be strict in applying the heter of Kli Sheni regarding earthenware utensils, such as the mugs that were used. The heter of Stam Keilim also doesn’t work here since he says that these mugs are certainly used daily. Therefore, the Nodah B’Yehuda paskens that these mugs should not be used l’chatchila, and that whoever has it within their power to protest the practice of Jews drinking in Gentile coffeehouses should do so.10

Let’s return to the future now. We don’t need to use the non-kosher mugs in our Gentile-owned coffeehouses. We have disposable everything these days, including cups, Baruch Hashem. Yay! Order up that Starbucks Venti (20 oz size for the uninitiated)!

If you recall, our 21st century issue is not mugs – it’s the washing procedures that may mix treif dishes with the coffeemaking equipment. Disposable cups won’t save us from that. “But wait,” you say. “What about Stam Keilim?” Whew, crisis averted!

Sorry for the rollercoaster of emotions I’m putting you through, but the heter of Stam Keilim applies to b’dieved situations only, as previously mentioned.
Is all hope lost?!

No! Rabbi Heinemann, shlita, has ridden to our rescue using ten words in the Nodah B’Yehuda that we quote here, “ולהלכה למעשה בדרך באושפיזא שאין שם כלים אחרים מיחשב דיעבד וכו.” Practically speaking, when someone is traveling and is in a place where no kosher utensils are available, he is considered to be in a b’ideved situation” and he may use the gentile owned mugs. The Nodah B’Yehuda allows the use of the mugs based on the heter of Kli Sheni because traveling is a b’dieved situation. Rabbi Heinemann applies the same lomdus (thinking) to our modern coffeehouse issue. He says when someone is on the road traveling, he is considered to be in a b’dieved situation. Based on our investigations, we also know that the treif dishes are not always washed with the coffee equipment.11 Therefore, we can use the heter of Stam Keilim since we are in a b’dieved situation. One Venti House Blend coming up!

While you are savoring your caffeine-fix, let me remind you of a few caveats. Once you get home, it’s back to Moishe’s Coffee Café for you. You are no longer considered to be in a b’dieved situation; you’re back in L’chatchila12 Land, and non-kosher coffee places should be avoided unless you know clearly that no treif utensils are washed with the coffee equipment.

Bear in mind that even while traveling, you can only order regular or decaf coffee and a Latte made with stam cholov (if you don’t keep Cholov Yisroel). Frappuccinos and other similar flavored coffee creations contain additional ingredients that need to be reviewed before they can be recommended.