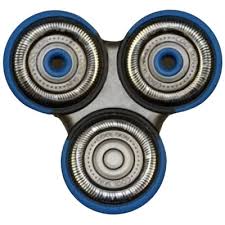 Since the Star-K often receives questions regarding the use of electric shavers, this article will address the halachic concerns of removing one’s facial hair.  The Torah states “לא תקפו פאת ראשכם ולא תשחית את פאת זקנך” , Do not round the corners of one’s head, and do not destroy the corner of one’s beardויקרא י”ט כ) ). The Torah continues, “ופאת זקנם לא יגלחו” (ויקרא כ”א ה ) and the corner of one’s beard they shall not shave.

What are the actions of forbidden facial hair removal?  The Mishna in מכות discusses which methods of removing facial hair are forbidden. הקפה, “rounding”, refers to the complete removal of hair from the temple area.  Whereas the terms גילוח, “shaving”, and השחתה , “destroying” refer to forbidden forms of removing one’s beard.

The Mishna does not offer a practical explanation of these actions.  Do these terms refer to the cutting of hair using different types of shaving implements, or do these actions refer to different degrees of hair removal using the same shaving implement?  There is much discussion about these concepts amongst halachic authorities, yet, the consensus of opinion is that these forbidden violations of הקפה, גילוח and השחתה are achieved by using shaving implements that have different cutting abilities to cut one’s facial hair.

As mentioned earlier, there are varied opinions amongst the Poskim as to which shaving instruments are permitted to be used to cut a particular area of hair growth.  Putting the merits of having or keeping long פאות aside, the shaving of the temple area, halachic authorities are generally in agreement that scissors, because they do not give a close cut, would be permissible to be used for the פאות area and would not qualify for a violation ofהקפת הראש .  Cutting one’s פאות with a razor is forbidden. Therefore, taking a razor-cut haircut in the פאות area would constitute a violation of הקפה.

מספרים כעין תער , for example a pair of clippers, is questionable.  The Shulchan Aruch says we should take a stringent rather than lenient position with scissor-like instruments.  Therefore, scissors would be the only permissible shaving instrument to trim the temple area.

The issue of shaving the beard area is more involved since we have two actions working in concert,  גילוחand השחתה .  What is meant by the termהשחתה , destroying the hair? According to the Chochmas Odam, השחתה   is defined as the process of removing the entire facial hair below the skin.  Obviously, plucking out a hair removes the hair below the skin.  Can “below the skin” hair removal be achieved with a straight-edge razor blade?

The hair shaft grows under the skin, as well as above the skin.  When one shaves with a razor, the skin is pulled taut actually exposing the hair growing below the skin.  The razor runs against the hair grain in the opposite direction of the pulled skin lopping off the exposed hair.  When the taut skin relaxes, the hair is actually cut below the skin.  This is the definition of השחתה .  גילוח is simply any normal method of shaving.

Alternative effective methods of beard removal e.g. electrolysis, depilatory, or tweezers would definitely qualify for השחתה but would not qualify as a means of shaving, גילוח ; therefore, they would be halachically permissible.

On the other hand, scissors qualify as a normal means of shaving.  Since you can only cut a beard to a stubble, when using this method, the other criteria of השחתה would not be fulfilled. Scissors, therefore, would be a halachically permissible method to “shave” one’s beard, providing that the blade nearer to the skin is not sharp enough to cut by itself.

Based on the above, the razor blade, the תער , is the classic example of a shaving instrument that the Torah forbids.  The Gemara definitively states this position clearly, that shaving is forbidden with a דבר שהוא משחית וזהו תער .  According to all halachic authorities, the razor fulfills both prohibitions of גילוח and השחתה and is forbidden to be used.

In summary the three levels of גילוח are:

How would the electric shaver fare in the kosher shaving arena?  The electric shaver is a relatively recent introduction to the shaving scene.  Prior to the shaver, the only practical method of kosher beard removal was the use of shaving powder.  The powder was mixed with water and made a very offensive smelling paste that was spread on one’s face and ate away the person’s facial hair. One had to be careful to remove the paste in haste so that only facial hair, and not facial skin, would be removed.

The electric shaver seemed to be a welcome technical halachic introduction, although shaving in general has not been without controversy.  However, those halachic authorities that permitted shaving with electric shavers did so because it seemed to fulfill all halachic requirements.  The shaver was made up of a vibrating head and screen, with the beard hair passed between the cutting edges of the screen and the vibrating head; the hair is cut off in a scissor-like cutting fashion between head and screen.  The shave was closer than manual scissors, since the shaver cut the beard close to the skin, yet it never effectively gave a smooth shave because they were not as powerful as they are today.

As shavers became more sophisticated, they also became more halachically challenging.  With some models, the stronger motors made the head vibrate faster and cut the beard closer.  The lift and cut shaving systems that evolved from the older Norelco Triplehead system claimed that they could shave as close as a razor. As the skin was held taut, the shaver alleged to cut the beard below the skin like a תער .  Although shaving professionals will admit that the closeness of one’s shave depends upon a person’s beard conditions and texture, realistically, the system works better in theory than in practice.

Hagaon R’ Moshe Feinstein זצ”ל was of the opinion that the  גמרא ‘s statement – איזהו גילוח שיש בו השחתה הוי אומר זה  is teaching us that only the תער , the straight-edged razor, is the Torah‘s forbidden form of השחתה and גילוח .  Any other method of השחתה and גילוח would be permitted.  Based on this fundamental understanding of the גמרא , electric shavers would be permitted even if the shaver removed facial hair beneath the skin, since the shaver works in a scissor-like and not razor-like action.

However, due to the increased sharpness of the blades of the rotating heads it is conceivable that the blades could cut the beard hairs off before the combined cutting of blade and screen.  Therefore, even according to the Poskim that permit electric shavers, this shaver would be problematic, because it would be cutting like a תער , which is אסור .  Can one practically determine whether the shaver in question is a kosher model?

Hagaon R’ Moshe Feinstein זצ”ל , who permitted the use of electric shavers used a criteria similar to the shochet who would demonstrate how sharp his חלף (shechita knife) was.  To show the sharp edge of his knife, a shochet would take a hair from his beard, and holding the hair in one hand the shochet would see whether the חלף cut the dangling hair.  If the hair was severed, the shochet‘s steel passed the test.

So too, in a similar manner, R’ Moshe would often test the sharpness of an electric shaver’s blades.  He would take a beard hair and test the blades!  The shaver would be acceptable if the hair was held taut and was not split in half.

The only practical suggestion that can be given to one whose shaver failed this test is to dull the blades.   This can be done by taking a key or some other hard, flat instrument and running it along the sharp edge of the blade.  Obviously, this shaver will not work as well; nevertheless, it is still effective and will transform a previously questionable shaver into one that is acceptable by the Poskim who permit the use of shavers.