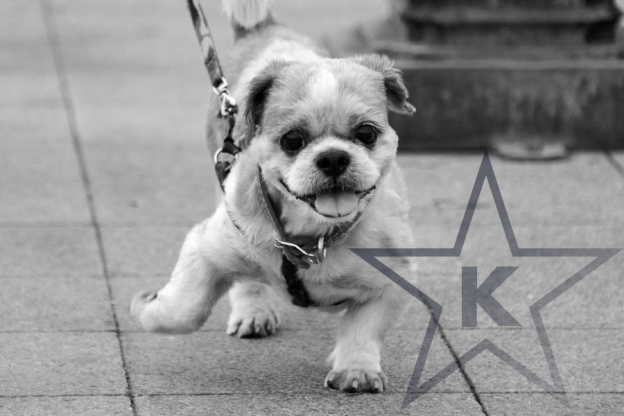 Q: May one pet an animal on Shabbos?

A: Chazal enacted a takanah designating certain types of objects as muktzah, thereby limiting a person’s freedom to move those items on Shabbos. There are various categories of muktzah with differing degrees of limitation of movement. For example, a utensil which is generally used for an activity prohibited on Shabbos is muktzah. A naturally occurring object such a stone is also muktzah unless it has been designated before Shabbos for a specific purpose. Similarly, the Talmud states that an animal is muktzah.

In former times, it was common for children to play with young birds and listen to them sing. Tosefos suggests that a bird should not be considered to be muktzah as it can be used as a distraction for a crying child. However, Tosefos rejects this and concludes that birds are muktzah. Similarly, the Shulchan Aruch paskens that animals are muktzah and does not differentiate between birds and other creatures. Rav Shlomo Zalman Auerbach, zt”l, suggests the possibility that this stringent ruling should be limited to a bird which is sometimes used as a distraction but has not been designated for that purpose. However, an animal which the owner has specifically designated as a pet with which to play may not be muktzah.

One of the Rishonim, the Maharach Ohr Zaruah, also suggested that birds which produce pleasant sounding songs are not muktzah. However, the Rosh responded that these birds are muktzah and concludes that Chazal did not differentiate between different types of animals. Rav Shlomo Zalman Auerbach quotes this ruling and points out that it implies that all animals without exception are muktzah, including pets. However, he concludes that fish tanks, which are often moved from place to place, are not muktzah even though they contain fish.

It is unclear as to how Rav Moshe Feinstein, zt”l, ruled on this issue. There is a teshuva published in the Igros Moshe stating that all animals are muktzah, including those which children play with. Rav Mordechai Tendler, shlit”a, and Rav Shabtai Avrohom Rappaport, shlit”a, who edited this volume of the Igros Moshe, added that this is true unless the animals have been designated as pets. Their understanding is that Rav Moshe held that pets are not muktzah. However, Rav Pinchos Bodner, shlit”a, writes that Rav Moshe told him that pets are muktzah. Rav Moshe Feinstein elsewhere states that fish tanks are muktzah because of the fish that they contain and does not suggest that the fish are pets and are not muktzah. Clearly, Rav Moshe held that pets with which one does not interact, such as fish, are muktzah. Rav Elyashiv, zt”l, paskens that fish and other pets are muktzah. Rav Ovadia Yosef, zt”l, also paskens that fish tanks may not be moved on Shabbos. However, he allows moving a fish tank in order to alleviate the fish from suffering. For example, he allows moving fish if they are suffering due to excessive sunlight.

If an animal is muktzah, then it would be forbidden to lift up the animal or directly move any limb of the animal. This would be analogous to the prohibition against moving any limb of a dead body which is muktzah. However, the Shulchan Aruch states that a person who has muddy hands may wipe them on the tail of a horse on Shabbos. The Tosefos Shabbos explains that the Shulchan Aruch is referring to a tail which is no longer attached to the horse, and has been designated for this purpose. However, a tail which is attached to a horse is muktzah and may not be moved. The Biur Halacha takes issue with this and suggests that the tail of a horse is never muktzah, as only the limbs of an animal are muktzah and not its hair or tail. The Biur Halacha concludes “tzarich iyun” – the matter needs further investigation. It would seem that petting an animal, thereby moving its fur, would be subject to this dispute. Rav Moshe Heinemann, shlit”a, says that one should be stringent and avoid petting a furry animal on Shabbos. One may pet an animal which does not have fur, even though the animal will naturally move in response to the touch.