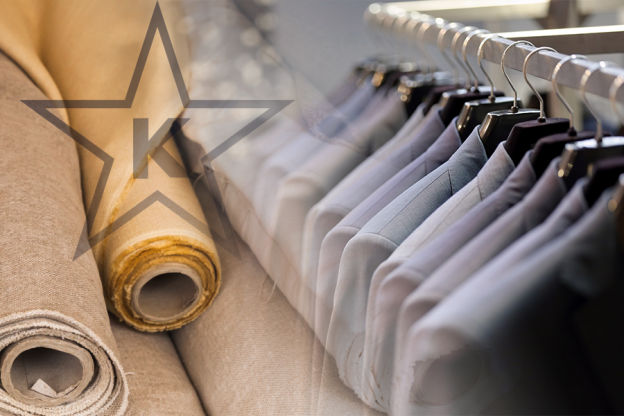 The Torah forbids the wearing of a garment made from tzemer (wool) and pishtim (linen) together. There are two pesukim in the Torah that refer to Shatnez. It states,1 “Ubeged kilayim shatnez lo ya’aleh alecha,” a garment composed of a mixture which is Shatnez should not be draped upon oneself. We find a different expression of this same mitzvah, “Lo silbash shatnez tzemer uphishtim yachdav2 – Do not wear shatnez, wool and linen together.” Chazal tell us that these two pesukim complement one another. In Devarim, the Torah forbids actual wearing of Shatnez – levisha, whereas the Vayikra prohibition of Shatnez includes he’elah – draping Shatnez over one’s body. The Gemara3 explains that draping is prohibited only if it is done in a way which is similar to wearing, i.e., where some benefit is derived from the Shatnez such as being covered or warmed. It is clear that one must check his or her garments to ensure that they do not contain Shatnez.
Amongst the many kosher consumer services offered by STAR-K is the on-premises Shatnez checking. This service began decades ago. The original STAR-K Shatnez checkers were Dr. Avrom Pollak, President of STAR-K, and Mr. Zev Bitman. Their prized student is Rabbi Emanuel Goldfeiz, Mora D’Asra of Congregation Beit Yaakov (Beit Safra), and resident Rabbinic Administrator of STAR-S, the STAR-K hechsher for products meeting the halachic kashrus standards of the Sefardic community. Rabbi Goldfeiz graciously agreed to share his practical insights and wisdom regarding Shatnez inspection with Kashrus Kurrents.

KK: How did you become interested in Shatnez checking?
Rabbi G: One erev Rosh Hashana, when I was a bochur in Ner Yisroel, I purchased a suit for Yom Tov. After having it checked at STAR-K by Dr. Pollak, I was told that the suit contained Shatnez. I went to a tailor to have the Shatnez removed and wore it on Rosh Hashana. Since the tailor was not certified to remove Shatnez, Dr. Pollak took the suit and examined the repair that was made and determined that the fabric used to repair the suit was, in fact, Shatnez! I took a personal vow to not let this ever happen again. I asked Dr. Pollak and Zev Bitman if they would take me under their wing, and within two years I was trained as a certified Shatnez examiner.

KK: Why did it take two years?
Rabbi G: A level of expertise needs to be developed whereby one can identify strands of wool and linen.

KK: Is there a unique composition of wool and linen under the microscope?
Rabbi G: Interestingly, the Ribono Shel Olam has created wool and linen to have unique structures. A wool strand under the miscroscope looks jagged on both sides, almost scale-like; linen resembles a bamboo shoot. One could say that Hashem has made specific markings for each and every type of fiber
Under the microscope (the main vehicle through which to identify these fibers) hemp, rami and linen look similar. However, when cross-sectioning the fibers under the microscope one can tell the differences between them. Therefore, we permit a garment containing wool and rami or wool and hemp.

KK: In earlier times, people would purchase clothes by feeling the stiffening of the collar. Can you identify if a fabric is Shatnez by feeling it?
Rabbi G: In earlier times, linen was very coarse thereby allowing one to identify it through the sense of feel. The Gemara tell us that linen was a fabric that did not accept a dye. So, you can tell a linen strand in a fabric by virtue of the fact that it didn’t absorb any color. Today, with modern manufacturing techniques, linen is as fine as any other fabric and can accept a color dye.

KK: In years past, when one would visit Mr. Rosenberg’s Shatnez lab on Lee Avenue, he would be using chemicals to identify Shatnez.
Rabbi G: Yes. He was testing with a chemical treatment to see if the linen fiber showed a color reaction. Today, this “chemical” test would be obsolete, as the unfailing identification for Shatnez is the microscope.

KK: If the fabric lists as part of its composition “Made with Unknown Fibers”, how do you check for Shatnez?
Rabbi G: We take three samples from different areas of the garment and check them. If the garment is made of wool and none of the unknown fibers are linen, we have created a halachic assumption (chazaka) that it’s Shatnez-free.
KK: Have you ever found a garment that actually lists wool and linen as the composition of fabric?
Rabbi G: Interestingly, a bochur from yeshiva came to STAR-K a few weeks ago with a few pairs of pants. I asked him, “Why did you buy these? It states on the label ‘Wool and linen in pants’! ”
It’s very important to always read the label before purchasing a garment.

KK: What comprises Shatnez mideoraisa?
Rabbi G: There are different opinions amongst the Rishonim as to what is considered Shatnez mideoraisa.
The word “Shatnez” is an abbreviation of three words: shua, tuvi and nuz – which describe three different stages in the processing of the wool and linen fibers. Shua refers to the combing of the raw fiber; tuvi is the process of spinning fibers into a thread; and nuz refers to the twisting or weaving of the threads into cloth. The Torah expresses and combines these three processes in one word, “Shatnez”. The Rishonim offer differing opinions as to how to interpret the term “Shatnez”.
Rashi – All the wool and linen fibers have to be combed, twisted and spun together into a wool or linen thread to qualify as Shatnez mideoraisa.
Tosfos – A wool thread or a linen thread combed, spun and twisted separately and then connected together will comprise Shatnez mideoraisa.
Rambam – Rambam agrees with both Rashi and Tosfos and additionally states that any combination of wool and linen connected together, including felt – which is pressed wool and linen – is considered Shatnez mideoraisa.
Shulchan Aruch – Follows the opinion of Rambam incorporating all three opinions.

KK: Please review the following items to determine if they require checking:
Rabbi G:
a) Expensive wool scarves – Linen may have been used to stitch the seam of the scarf so it would be a good idea to check.
b) Wool or linen ties – Need to be checked
c) Wool socks – At one time, Gold Toe socks did contain Shatnez; however, I have not recently found this to be so.
d) Polyester suit – The shoulder pads, stiffening collar and other internal parts (e.g., pockets, etc.) should be checked.
e) Silk ties – Do not need to be checked
f) Plain wool caps – Do need to be checked
g) Russian hats made of fur – These should be checked because the lining inside the hat could, and often does, use a natural fabric such as wool or linen. The same applies to Russian wool army jackets. Countries behind the Iron Curtain frequently used linen as part of the internal linings of garments.
h) Pillows that state they are stuffed with “unknown fabric” need to be checked, including Bed Rest Pillows.
i) Products listing “Unknown Fibers” – should be avoided.

KK: Are there other things of which a consumer should be aware?
Rabbi G: The Rama states that one should not wear a wool garment with a linen garment on top it, or vice versa – e.g., jacket made of linen, topcoat of wool, where it is impossible to remove one garment without first removing the top garment. With a shirt and pants, one could wear a linen shirt with wool pants because they can be removed separately.

KK: Can you share a memorable Shatnez checking story with our readership?
Rabbi G: When I was first married, we lived on Yeshiva Lane. One erev Rosh Hashana, there was a knock on my door. A yeshiva bochur was standing there in his Yom Tov suit and said that one of the rabbonim told him that his suit needed to be checked for Shatnez. I first checked the jacket, and it had Shatnez – so I gave him my robe. Next, I checked the pants – and they also had Shatnez. The bochur then said, “Rabbi Goldfeiz, you ruined my Rosh Hashana!” And I said to him, “No, I saved your Rosh Hashana.” We know that Shatnez is the combination of wool and linen, also known as כלאים. When אלדד and מידד were prophesizing in the machane about Moshe Rabbeinu’s demise,4 Yehoshua remarked, “אדוני משה כלאם”. Our rabbis tell us that one explanation of the word כאלם is to imprison. Since the Zohar HaKadosh says that כאלם and כלאים stem from the same root word, I reckoned that I had saved that young bochur from incarceration!

KK: Thank you, Rabbi Goldfeiz, for a fascinating interview.