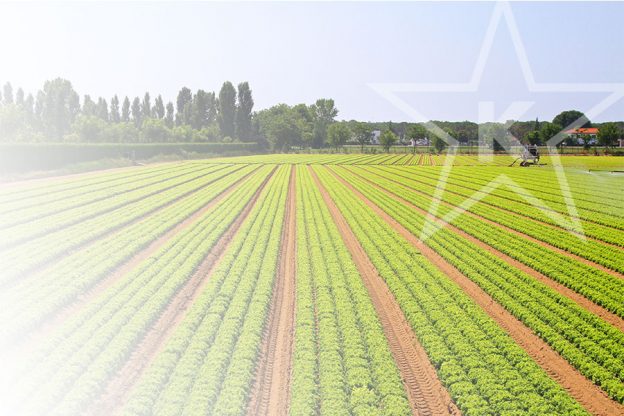 INTRODUCTION
Eretz Yisroel has the unique privilege of being the recipient of the Ribono Shel Olam’s brochos throughout the year. Its agricultural industry continues to grow and flourish. Some consumer products imported from Eretz Yisroel, such as Jaffa oranges and grapefruits, are very well known to the American marketplace while other products including clementines, carrots, red peppers, jams, jellies, tomatoes, olives, and pickled products are not as familiar. Finally, there are a host of industrial products like orange oil, lemon oil and parsley that provide a steady supply of raw materials.

Besides all the general consumer kashrus concerns regarding ingredients, processing and certification, there are additional kashrus requirements that apply to foods grown and produced in Eretz Yisroel. For instance, one must be sure that terumos and ma’asros have been properly separated before consumption. Furthermore, one needs to ensure that the fruits do not come from trees that violate the conditions for orla, neta revai or shmitta. These are some of the fundamental and critical mitzvos hatluyos ba’aretz.

WHAT HAS TO BE SEPARATED?
The tithes that are separated during the six year cycle prior to shmitta include Terumos, Ma’asros and Terumas Ma’aser.

Terumos (literally, gifts) and ma’asros (literally, tithings or tenths) are designated gift portions of grains, fruits and vegetables grown and produced in Eretz Yisroel. Teruma and Terumas Ma’aser had to be given to the Kohanim, and ma’aser to the Levi’im. Ma’aser Sheini had to be brought to Yerushalayim for consumption, and Ma’aser Oni was given to the poor.
The specifics of each tithe follow:

These two tithes were separated and alternated throughout the six year Sabbatical cycle:

WHAT ARE ORLA AND NETA REVAI?
Any fruit that grew during the first three years of a tree’s growth, or during the first three years after a tree is replanted, is known as orla and may not be eaten or used for any other purpose (assurim b’hana’ah). Fruits borne the year after orla also have a special status and had to be eaten only in Yerushalayim, unless they were redeemed. These ‘fourth year’ fruits are known halachically as Neta Revai. These restrictions are still maintained today. Detailed maps of thousands of Israeli orchards are kept, and the trees monitored, in order to avoid orla and neta revai fruits from being consumed in error. Orla is also applicable chutz la’aretz; however, halacha dictates that one must know definitively whether the fruit grown outside of Eretz Yisroel is orla. If one is in doubt, the fruit is permitted. The procedure governing the transfer of neta revai onto coins is similar to that of Ma’aser Shaini.

To summarize, today the pertinent hafrashos (separation amounts) are as follows:

FREQUENTLY ASKED QUESTIONS
Is there a way to separate Ma’aser Shaini if the portion of food that is separated is worth less than a peruta?
Yes. This separation can be accomplished if the person is in possession of or has permission to use a peruta chamura. A peruta chamura is a coin that is vested with the power of accepting additional Ma’aser Shaini separations on products worth less than a peruta. Halacha states that a peruta is worth the value of pure silver, which is the size of half of a kernel of barley. Rabbi Moshe Feinstein, zt’l, ruled that to be considered a peruta the coin must have purchasing power. The smallest coin that fulfills this requirement is a dime.

To invest a coin with the power of peruta chamura, one must take a regular coin and an item of produce from Eretz Yisroel such as grapes, olives, or one of the five types of grain (barley, rye, wheat, oat, or spelt) from which one is certain that Ma’aser Shaini has never been separated. Once the first separation is completed, the coin is vested with the power of accepting additional separations up to the amount of the coin’s value.

For what products could the peruta chamura be used when separating ma’aser?
It could be used for either finished products (e.g., candy bars, baked goods, prepared foods) or produce (e.g., an almond) which contain ma’asros but are worth less than a peruta.

In a multi-ingredient product (e.g., a candy bar), howmany separations are transferred onto the peruta?
One for each ingredient of the candy bar. All hafrashos can be done at the same time. Note: If the product bears a reliable hechsher, you can be assured that terumos and ma’asros have already been separated. If it doesn’t, then other kashrus concerns aside from terumos and ma’asros may need to be considered.

Can terumos and ma’asros be taken on Shabbos or Yom Tov?
No.

The procedure is as follows:

If it is difficult to say the long version, the following may be said:
All separations and redemptions shall take effect as is specified in this STAR-K document outlining the procedure for separating terumos and ma’asros, tithes and redemptions, which
I have in my possession. When terumos and ma’asros are separated using this procedure, only a little over 1/100 of the food will not be permitted for consumption; all the rest may be eaten. Even though the tithes constitute over 1/5 of the food, one is permitted to eat most of the tithes oneself even if he is not a Kohen or a Levi. Under no circumstances will it suffice merely to break off a piece of the food and throw it away. The aforementioned instructions must be strictly followed. The laws of tithes applyto everyone, including the Kohen and Levi.

Certified Products
Products produced in Eretz Yisroel under Mehadrin kashrus standards bearing a Mehadrin symbol have already undergone the necessary separation of terumos and ma’asros and are permitted for consumption. STAR-K and all other reliable American certifications on an Israeli product indicate that all terumos and ma’asros have been separated. When in doubt, one should consult with one’s rav or the STAR-K hotline to ascertain whether hafrasha is necessary.