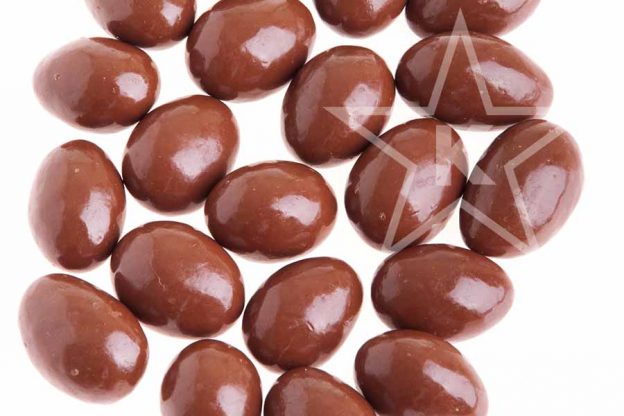 Someone gives you a choice between two items, seemingly identical. Their only difference is that one is dark and dull, the other is bright and shiny. Which one would you choose? A tarnished penny or a gleaming one? The odds favor the latter. Food stylists and advertisers know this well. Look at any magazine spread and see how the careful lighting adds to the appeal of ordinary foods. There is probably no food item that better epitomizes the concept of a ‘shiny’ food than candy. Think glossy lollipops, satiny Mike and Ikes, gleaming M&M’s . . .

Candy manufacturers value eye appeal and they do get their candy to shine. How do they do it? What do they use to achieve their goal? In the industrial world, it is called shellac and in the candy
community it is known as confectioner’s glaze. What is confectioner’s glaze? Where does it
originate? How is it manufactured? And, more importantly, what is its kashrus status?

Confectioner’s glaze (or, more accurately, ‘lac resin,’ or shellac), is a resin that is secreted
by a small scale beetle found in India known as Kerria lacca (or, more endearingly, the ‘lac bug’).
During their reproductive development, these miniscule insects the size of an apple seed suck sap
from trees for nourishment and secrete a resin that attaches itself to the branches. This lac (or
stick) resin, which hardens on contact, is the base ingredient for what is to become the
resinous glaze widely used by candy manufacturers.

As one can imagine, in order to produce this resinous glaze as a commercially viable commodity,
hundreds of thousands of lac bugs would need to be recruited for its production. In fact, thousands
upon thousands of branches containing the exuded lac resin are collected and the encrusted resin
harvested and then dissolved in alcohol. The mixture is heated and filtered to remove the natural
red dyes, debris and insect parts so that only the resin remains. While still warm and pliable, the resin is stretched into long sheets. After cooling, the shellac is flaked and mixed with denatured alcohol. The finished product referred to in the candy industry as confectioner’s glaze is now ready for food applications.

As the name suggests, glaze is a coating application that ensures that the bright candy color does not fade. The FDA (Food & Drug Administration) classifies confectioner’s glaze as a GRAS (Generally Recognized As Safe) ingredient. But how does halacha view confectioner’s glaze?

The shaila was posed to the posek hador, HaRav Moshe Feinstein, zt”l,1 in 5725 (1965) and again twenty years later in 5745 (1985) to another of the gedolei haposkim, the Minchas Yitzchak, zt”l2 (head of the Eida Hachareidis). Both shailos were presented explaining the process in exactly the same way, targeting the same points for their adjudication.

Both R’ Moshe, zt”l, and Dayan Weiss, zt”l, cited exactly the same reasons for permitting confectioner’s glaze. R’ Moshe equated the resin exuded by the lac bug with bee honey and felt that halacha permitted this type of secretion. Furthermore, unlike honey, which is very tasty, once the resin hardens it no longer retains any food-like properties; it is used only to preserve the color integrity of a product, and the starter material is halachically no different than honey. As pointed out by Rav Moshe Heinemann, shlit”a, Rabbinic Administrator of STAR-K, confectioner’s glaze is the same type of shellac that is used to polish floors. It is not considered an edible product, although it is approved by the FDA as a ‘GRAS’ product. However, Rav Heinemann, shlit”a, points out that this is the basis of the heter of R’ Moshe, zt”l. It is the policy of STAR-K to follow R’ Moshe’s psak of permitting the use of confectioner’s glaze. The Minchas Yitzchak, zt”l, while agreeing with all of R’ Moshe’s reasoning, acknowledged the permissibility of its use only in theory due to his lack of firsthand knowledge of the confectioner’s glaze process.

To sum up the reasons for their psak: (1) The lac bug expels the sap without additional processing (similar to honey, unlike royal jelly, which is considered to be non-kosher). The resin becomes usable only after processing. The lac bug simply acts as a conduit between the sap and the stick resin. (2) The shellac hardens on the tree and has no nutritional value. (3) The shellac has no taste or color. (4) During the process of transforming the stick resin into confectioner’s glaze, the resin is mixed with an alcohol-to-resin ratio of 4:1 and is, thereby, nullified (batel). (5) Refined confectioner’s glaze is used as a protective coating and not for color (chazusa) or taste (taam).

Ironically, vegans are ‘machmir’ and view confectioner’s glaze in the same light as they do all insect byproducts as non-vegan, and thus not ‘permissible’ for use by their adherents. Instead, they have found a corn-based glaze alternative called zein that is insect-free, certified kosher and pareve. Go figure!