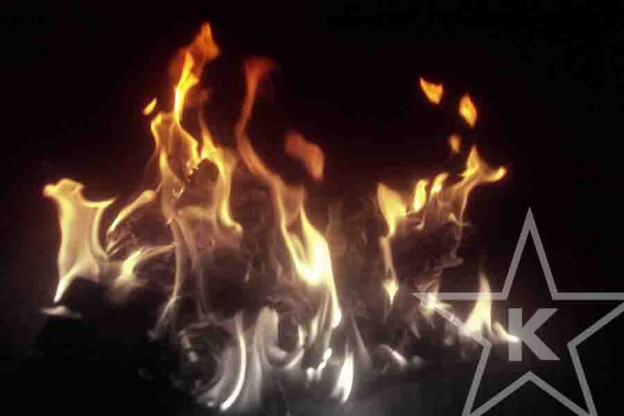 Before one is permitted to indulge in kosher Jewish delicacies such as chopped liver, liver steaks and onions, or sauteed chicken livers, raw liver must undergo various processes before the liver is deemed fit for kosher use. First, as with all kosher meat, the liver must come from a kosher species of animal or fowl that has been schechted, slaughtered, in the proper manner prescribed by the Torah. If it is an animal liver, all the fat must be meticulously removed. Furthermore, the Torah forbids eating the blood of an animal or bird. Therefore, it is necessary to extract the blood from the kosher slaughtered meat or liver.
How is the blood removed? With meat, this process is commonly known as kashering and is accomplished by soaking the meat in water, salting it, and then rewashing it. With liver, this method of extraction is insufficient. Since liver contains such a large concentration of blood, the technique used for kashering liver is broiling.

Preparation
Kashering by broiling is done in the following manner. If a whole animal liver, e.g., beef or calf liver, is to be kashered, deep criss-cross cuts should be made throughout the liver in various places. This will facilitate the flow of blood out of the liver. To this end, the cuts should lie face down during the broiling. A more practical way of kashering cow or calf liver is to slice the liver into pieces of uniform thickness. If the liver is kashered in this fashion, criss-cross cuts need not be made.
Chicken livers or livers of other species of fowl can be broiled whole, without cutting the surface. Care must be taken that the gall bladder, which is green in color and cylindrical in shape, has been removed from the liver.

The Process
The actual broiling process may now begin. The liver or slices of liver that are to be kashered should be thoroughly washed off in cold water and placed on a grate of fireproof material. The grate must be constructed in such a way that it does not inhibit the free-flow of blood or other juices from the liver. The blood and juices should drip or run to a place where they have no further physical contact with the liver. The liver is then lightly salted on both sides. It is customary to put at least the amount of salt that would give the liver a good taste. The salting is used as an aid to the fire to facilitate extracting the blood. If one wants to use more salt, one is permitted to do so.
However, salting the liver is not compulsory and the broiling process can be accomplished without it. Consequently, people who are restricted to a low sodium diet may omit salting the liver due to medical considerations. The salting step may be omitted only when kashering liver or meat through broiling. If meat is to be kashered through soaking and salting, it is forbidden to exclude the salting from the process.

The Fire
It is preferable to broil the liver on a fire source that is directly below the liver. If that is not feasible, one may broil liver from a heat source above the liver. Hence, it would be permissible to broil liver in a broiler or electric oven if that is the only broiling source available. If the oven or broiler is used for kosher food as well, care should be taken to assure that the blood does not splatter onto the oven or broiler cavity. Blood splatter would render the walls of the oven or broiler treif. A practical solution is to place a pan under the rack or grate to catch the dripping blood and juices; the pan will become treif. The rack or grate should not be used for anything except kashering liver, unless proper kosherization procedures are employed to kasher the grates, racks, and/or utensils.
Any utensil used in the broiling process, such as a fork, should be set aside and used exclusively for livers. It is a meritorious practice to burn the fork and all the utensils used in the broiling process in fire before the next time liver is to be kashered.
It is customary to turn the liver or the liver slices during the broiling process from time to time to facilitate a more even and uniform broiling. It is also customary to broil liver until the outer juices have ceased flowing, and the liver is dry on the outside. The liver need not be burnt.
The kashered liver is washed off under cold water three times, in order to remove the salt that has absorbed the blood as well as any blood found on the outer surface of the liver. If these procedures have been followed, and red juice exudes from the liver interior, the liquid is not considered blood and is permitted to be eaten.
When the kashered liver is cut open, one may find that the color of the interior liver is a shade of green, tan, light brown, pink, or deep brown. The only questionable color is deep brown, the color of unkashered raw liver. This color indicates that the liver was not broiled thoroughly. The unkashered deep brown part of the liver should be re-broiled or discarded.
After the liver has been broiled and kashered, it is regarded as any other piece of kosher meat which can be fried or roasted in a kosher meat pot, pan, or roaster without any reservation. Furthermore, liver does not have to be broiled within 72 hours of kosher slaughter. If it was not broiled within this time, there are different halachic opinions as to whether one may cook, fry, or roast this liver after it has been kashered. It is also questionable as to whether one would be allowed to soak the liver in liquid 24 hours or more. A competent rabbinic authority should be consulted. Also, if one used the regular soaking and salting kashering  technique on liver in error, a halachic authority should be consulted.
There are a few pertinent points to keep in mind when broiling liver:

Editor’s Note: The previous Special Meat Edition of Kashrus Kurrents was very enthusiastically received. One aspect of kashering, however, was not addressed – the kashering of liver. We are now pleased to include this article as a supplement to the article by HaRav Moshe Heinemann, shlit”a, article regarding kosher meat.