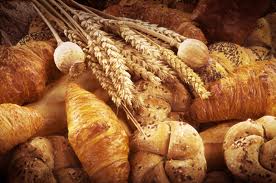 The story is told about how in the mid 1970’s the proprietor of a kosher bakery in an Orthodox Jewish neighborhood was asked if his products were Yoshon. Not realizing that this Hebrew word, which literally means ‘old’, actually refers to grain which had been planted before Passover, proudly, albeit naively, answered, ” I can assure you that everything in my bakery is 100 percent fresh.” Today, as we approach the millennium yoshon and chodosh have graduated and become household words which have rightfully taken their place among the more popular terms such as Glatt Kosher, Cholov Yisroel, and Pas Yisroel.

The fact that bakeries and caterers in a number of cities with heavy concentration of Orthodox Jews, now offer yoshon products, is a good indication that the kosher food industry is beginning to recognize that yoshon observance is a growing new trend among kosher consumers. In addition, conspicuous markings on retail consumer items stating “made with yoshon flour” are becoming more common on the shelves of kosher food stores. Administrators of kosher certifying organizations have also noted the surge of interest by both consumers and food manufacturers and are beginning to include the yoshon status of the products they certify in their publications, directories and web sites. It is taken for granted by the kosher consuming public that the kosher agency takes responsibility for the accuracy of any statements made by a food establishment or manufacturer regarding the use of yoshon flour.

Despite the dramatic increase in demand for Yoshon products the truth is that many kosher consumers have only a vague and limited idea of what is actually involved, and those who make their living either selling or manufacturing kosher foods are perhaps even more confused. For this reason, I have been asked to prepare for readers of “Kosher Today” a brief sketch outlining the fundamentals and applications of this rather esoteric area of Jewish law. A far more comprehensive treatment of the subject is found in the annual publication titled, “A Guide to Chodosh”, published by Rabbi Joseph Herman.

Among the 613 biblical commandments we find an admonition not to eat grain from the new harvest until the second day of Passover, the time that the barley sacrifice called the Omer was brought in the Temple. The prohibited grain is called chodosh, which literally means new. Although, the Omer was brought from barley, as it is the first of grain crops to ripen, the restriction against eating new grain applies to five grain types which include wheat, barley, oats, rye and spelt. Grain that was planted during or after Passover is chodosh and is not permitted until the following Passover. Any grain that took root before the second day of Passover becomes Yoshon after the second day of Passover. The precise definition of what constitutes taking root and the actual amount of time required between the planting and the second day of Passover is beyond the scope of this article. The observance of chodosh proscribes one from eating any product which contains ingredients derived from one of the five types of grain. Other crops such as corn, buckwheat, rice and millet are not really considered grain, and one need not be concerned about which years harvest is being used.

To facilitate the observance of chodosh it is very helpful to have some fundamental knowledge regarding common agricultural practices of the country in which one is living. For example, in the United States, the probability of the ubiquitous wheat flour presenting chodosh problems really depends on the type of wheat used for a given product. Winter wheat in the United States is planted in the fall and harvested in early summer. Since these varieties were planted and had taken root before Passover they are always Yoshon. Similarly, rye is a winter crop and is considered Yoshon. One note of caution: rye bread is made from both wheat and rye flours and can be chodosh.

Spring wheat which contains significantly higher amounts of gluten than does winter wheat is generally planted in the spring and first harvested in late summer. Since this type of wheat was not in the ground before Passover it is chodosh until Passover of the following year. Thus for all practical purposes the need to be concerned with chodosh begins in late summer after the spring wheat has been harvested and lasts until the second day of Passover when chodosh automatically converts to Yoshon status. To keep things in a positive perspective, one can accurately say that for approximately one half the year everyone is in full compliance with the chodosh restriction.

Knowing what type of wheat food manufacturers and bakers use in particular products can also greatly help alleviate some of the difficulties faced by those seeking to use only Yoshon products. Since winter and spring wheats have distinctly different physical characteristics, their applications in various foods also differs. Winter wheat, particularly the soft red variety, has less gluten than spring wheat and is ideally suited for baked items that are soft and crumbly, such as cookies, crackers, pretzels, matzos and non-yeast cakes. Thus, in general, consumers can be confident that cookies and non-yeast cakes are Yoshon. (Note: There are exceptions to this rule and one should consult Rabbi Herman’s Guide.) Other foods such as bread, yeast cakes, bagels and pasta may be made from the hard high gluten flour that is obtained from spring wheat and may well be chodosh.

Another factor helping to ease things a bit for the chodosh observer is that it is not possible for a farmer to plant on the same land both winter and spring crops. Given a choice, a farmer will opt for the winter crops as winter wheat is more disease resistant and less susceptible to damage from drought. In the United States approximately 75% to 80% of all wheat grown is of the winter variety. Therefore, by applying the rule of majority, it may be presumed that any product which could be made from either winter or spring wheat was made from winter wheat and can be considered Yoshon. However, if one knows that a particular product such as bread is usually made from spring wheat, then the laws of chodosh do apply.

One puzzling question concerning Yoshon and chodosh is why the sudden interest? It seems clear that the overwhelming majority of Rabbinic authorities throughout the ages held the position that the prohibition of eating chodosh applies outside the land of Israel and even after the Jerusalem Temple was destroyed. Yet the common practice in most European Jewish communities was to rely on the decidedly minority lenient opinions which permitted one to eat chodosh. It seems that the prevailing customs had much to do with the fact that bread was much more a staple of one’s regular diet than it is today. Expecting people to go without bread for long periods of time, as Yoshon flour was scarce, would have imposed a severe hardship which could very well have been injurious to the health of a relatively poor population. Considering these facts the Rabbinical authorities of that time relied on the more lenient minority rulings.

Today, especially here in the United States and in Israel, where Yoshon flour is readily available, either because of the use of winter wheat or because modern storage techniques allow for excellent preservation of spring wheat, prominent Rabbinic leaders are much more comfortable in encouraging their students and congregants to explore the possibilities of adopting the chodosh laws.

In Jewish law adopting a new meritorious practice is considered a form of vow, therefore, the Rabbis caution individuals first beginning chodosh observance that they should explicitly state that no vow is intended, thereby avoiding a possible difficult situation where no Yoshon products are available.

Evidence that there is a rapidly increasing interest in Yoshon products comes from many sources. Today, even outside the New York-New Jersey metropolitan area, one can find kosher bakeries and pizza stores that use only Yoshon flour. These cities include Baltimore, Boston, Chicago, Detroit, Los Angeles and Toronto. Looking through Rabbi Herman’s Guide to chodosh, one finds ample proof that major food companies with national distribution selling flour, cereal, cake mixes and a host of other foods containing grain derived ingredients, routinely provide information as to when their mills and plants first begin to process and use the new crop of spring wheat. When accompanied with information on how to decipher date codes, kosher consumers are easily able to determine the Yoshon and chodosh status of hundreds of foods.

Most Jewish communities have contact individuals who make themselves available to provide the latest updates and share all sorts of useful tips on helping families observe chodosh. In Baltimore, and perhaps in other cities, exchange programs administered by volunteers have become a popular way for families to barter Yoshon products with one another.

Kosher caterers, too, are experiencing a pronounced increase in customers requesting that only Yoshon products be served at their parties. The prediction among many involved in the contemporary kosher scene is that just as caterers long ago found it necessary to switch to Glatt Kosher and Cholov Yisroel, they may similarly feel the need to use only Yoshon products. Offering Yoshon on an “only when asked basis” may not be sufficient in the highly competitive field of kosher catering.

In fact, a few Rabbis have suggested that there are more compelling reasons to observe chodosh than there are for eating only Glatt Kosher and Cholov Yisroel. Although at this time none of the mainstream kosher supervising agencies are insisting on Yoshon, except in those instances where a caterer, store proprietor, or food manufacturer advertise Yoshon, one never knows what will happen in the future as the Yoshon trend among kosher consumers becomes more pronounced.