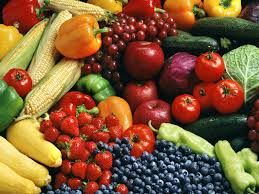 You may notice at your favorite supermarket the following statement next to the prominent “Summer Fruits from California” banner: “Coated with food grade vegetable, petroleum, and/or shellac-based wax or resin to maintain freshness” on their favorite fruits and vegetables. What are waxes? Are there any Kashrus concerns? Let us examine some of the Kosher facts on wax.

Waxes are not a new phenomenon, as they have been used domestically for over 60 years, on a wide variety of fruits and vegetables (see list). Waxes are derived from a variety of sources and are a cross combination of natural and synthetic ingredients. The most common primary wax ingredients are shellac, carnuba wax, or petroleum based wax. Less frequently used and more costly wax bases include beeswax and candelia wax.

Shellac or lac resin is a product that is imported from India and is used in waxes for citrus fruits, apples and pears. It is a product that is derived from the secretions of the tiny lac insect. The lac insect secretes “lac-resin” from its glands onto a host tree. The resin is then gathered, crushed, sieved, washed and purified into food grade shellac. Horav Moshe Feinstein, zt’l explains in Igros Moshe Y.D. II 24 that shellac is Kosher. Rav Moshe zt’l discusses several reasons for this conclusion – most important the analogy between shellac -a secretion from a non-Kosher insect, and honey – a secretion from a non-Kosher insect. Honey is obviously Kosher and so is shellac.

Carnuba wax is derived from palm trees and is used in waxes for stonefruits, and in a variety of vegetables. It too is a product that in and of itself presents no Kashrus concerns. However, carnuba wax manufacturers can possibly add stearic acid, an ingredient that can be derived from both animal or vegetable sources. It is quite possible that the carnuba wax purchased by produce wax manufacturers is pure, or contains Kosher certified vegetable stearic acid. However, even if non-Kosher stearic acid is used, it would be batel (i.e. less than one part in sixty) in the finished produce wax. This would also apply to the less commonly used candelia wax, a wax of plant origin, and beeswax.

Petroleum based waxes including paraffin, mineral oil, and polyethylene are inherently Kosher and Pareve. These waxes are commonly used on melons, stone fruits, and tropical fruits and in a variety of vegetables.

Other ingredients added to finished wax coatings include oleic acid, emulsifiers, and proteins. Oleic acid is almost always used in wax. This ingredient can be derived from animal and/or vegetable derivatives and is used in proportions that are possibly not batel. All wax manufacturers queried claim to use Kosher vegetable grade oleic acid. Emulsifiers are an important additive that allow oil and water to adequately mix. These, too, pose the same potential problems as oleic acid, in that they may be animal based. Once again, companies using this ingredient claimed to be using Kosher vegetable derived emulsifiers. Unfortunately, because most of these facilities are not under Kosher supervision and do not undergo periodic inspections, there is no way to ensure that this will continue to be true in all companies.

There are two types of proteins used in the wax industry, soy and casein. Proteins are used as a thickener in lac-resin waxes and are not necessary in the more viscous petroleum based or carnuba waxes. Proteins present different Kashrus concerns. Soy protein is a soybean derivative which is generally Kosher and pareve certified. However, it is not Kosher for Pesach as it is Kitniyos. Does this present a problem on Pesach to those who wish to eat fruit which is coated with lac resin wax? The answer is found in the Mishna Berura (453:9) which states that Kitniyos is permissible if it was mixed with other ingredients that form a majority of the finished product. Although soy protein in a lac-resin wax may not be batul bishishim it is definitely batul brov in the product and would be permissible even on Pesach.

Casein is a protein derived from milk and is therefore dairy. Proteins are added at ratios as high as 1½% (less than 1/60th). However, they can not be considered batel because this is the ratio in the “whole bowl of wax”, i.e. while the wax is in a liquid state before application. After application and evaporation of liquids, the ratio of proportion on the wax remaining on the apple is much higher and is quite likely not batel. One company informed the Star-K that they use casein only on “citrus wax” i.e. wax used on fruit with peels such as oranges or grapefruits, “Apple Wax” uses soy protein. Another company claimed to use only soy protein and not casein protein. Nevertheless, one company did say they use casein protein on apple wax, thereby potentially creating concern that the wax applied would be dairy.

A finished wax is applied to the fruits and vegetables at a cooperative warehouse. At this stage the wax has a very bad taste and it’s not fit for animal consumption. The bad tasting chemicals evaporate, leaving a tasteless wax coating. The produce is then shipped to local distributors who sell the produce to supermarkets and other retailers. It is extremely difficult to know which company has manufactured the wax on a particular fruit or vegetable as it can pass through several hands before reaching the market.

What is the final verdict? Of course, the best case scenario would be to Kosher certify all wax manufacturers to assure the Kosher consumer beyond a shadow of a doubt that every component of the wax is 100% Kosher. Since this is not the case what should the consumer do? After analyzing all the information, we can arrive at the following conclusion. When one purchases waxed produce it is extremely difficult to know which company manufactured the wax and what raw materials were used. Yet the overwhelming evidence points to the facts that the raw materials used, both major and minor, were Kosher and Pareve. Although other possibilities could potentially exist, in circumstances where it is impossible to ascertain all the specific facts and the evidence heavily points to the Kosher arena, Halacha instructs us to follow the majority scenario. This concept in Jewish law is known as going after the majority . Based on current manufacturing procedures one therefore need not be concerned with the vegetable, petroleum, and shellac based waxes applied to fruits and vegetables.

Can the Kosher consumer feel comfortable relying on this rule? Absolutely, as this rule is not new to Halacha. We go after the majority every time we drink a cup of milk – whether it’s Cholov Yisroel or not. In order for milk to be Kosher it must come from a Kosher animal that is not a treifa. Theoretically, if the milk has been milked from a cow with a punctured lung or has any other sign of being a treifa one may not drink the milk. Because it is impossible to ascertain the status of the lung as well as the other organs of the cows from which milk comes (unless you slaughter and check the cow immediately after milking) one may drink milk. This is because in this instance we say holchin achar harov, as the majority of all cows are not treifa.

The reader is cautioned that the holchin achar harov rule can not be universally applied and is only used in isolated examples where all factors are reviewed by a competent Rabbinic authority.

Furthermore, the holchin achar harov rule applies in situations where the consumer is unable to ascertain the exact status of every ingredient used in the wax and no simple alternative is available. However, a Kashrus agency which obviously has the ability to research the Kosher status of every ingredient and supplier, would only formally certify a wax – or any other product – if all ingredients and suppliers have been proven to be 100% Kosher.

One final note relates to the safety of waxes. The FDA has carefully reviewed all wax components and has assured the public that they are completely safe. So, Kosher consumers may continue to prescribe to the old philosophy “An apple a day keeps the doctor away” – even a waxed apple.