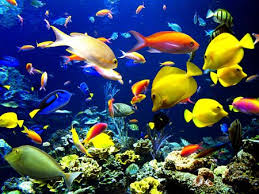 Our Rabbis in their sage understanding of human nature tell us, “Al tistakel b’kankan elah b’mah sheyaish bo.” Do not look at the outer receptacle, look at its inner contents. This adage has often been loosely translated into the famous American adage, “Don’t judge a book by its cover.” In the case of kosher fish supervision, in order to determine whether the fish is, indeed, kosher it has to be judged by its cover.

The Torah states clearly how one is to determine whether or not a fish is kosher. If the fish has ‘snapir v’kaskeses’, fins and scales, the fish is kosher. Fish that have only fins, such as catfish, or totally smooth skin, such as eel, or crustaceans, such as lobster, are non-kosher.

Fish production is an active global enterprise. Nile perch from Nairobi, tuna from Fiji, farm-raised salmon from Chile and flounder from China arrive daily to fish companies and processors around the globe. What steps must a kosher certification agency take to ensure the kosher consumer that he is buying kosher fish with certainty and confidence?

Kosher fish come in many shapes and sizes: fresh from the market, frozen fillets, fully cooked and processed, smoked, pickled, jarred and canned. There are specific hashgacha concerns that are unique to each production, while there are also similar hasgacha requirements that are shared by all types of fish production.

Common to all of the above is the need for a mashgiach to see the fins and scales of the fish to determine whether the fish is kosher. In a kosher fish market, where the fish arrives whole, the issues are minimal. However, if the fish comes to the fish market filleted from a factory without proper simanim, the fillet is not acceptable as kosher. Furthermore, even if the wholesaler insists that this fillet is unique, and no non-kosher species of fish look like this fillet, his claim does not hold water. Some kosher certifications make an exception in the case of salmon fillets, however, Star-K policy does not make this exception.

Interestingly, even though the claim is made that salmon is unique, the claim is questionable. In fact, there is a known fish manufacturer who holds the patented method to color other less expensive fish to look exactly like salmon. Another method of coloring trout red is to feed the fish carrots. In Mexico, it is a practice to soak fish in red color. The great posek Hador, R’ Moshe Feinstein, tz”l, writes in his responsa that the proper way to given kosher certification to fish productions is for the mashgiach to see every fish. Therefore, Star-K certified salmon, as well as all other fish varieties, have a mashigiach t’midi who examines every fish during production.

Much of the fish that we enjoy is pre-processed in large factories by fish processors outside the U.S. Mashgichim travel world-wide with great mesiras nefesh, one mashgiach survived a monsoon in Fiji, another a blistering summer in Thailand.

What are some of the common methods of supervision in these plants? When a producer ships fresh fish fillets, the fishery may be required to leave a piece of skin, with kaskeses (scales) on the fillets. The fish can then be checked by a mashgiach in the U.S., who knows what to look for when it arrives from overseas. An alternative method is for the mashgiach from overseas to seal the fillets in boxes with two seals to ensure the kashrus of that production. The benefit of the latter method is that it is easier for the producer. The drawback is that in the event the container is not opened by a mashgiach at the stateside facility, the integrity of the initial fish production will be compromised. Similarly, in a frozen fish facility the mashgiach must make sure that the fish container is double sealed, just as in the case of meat or poultry; one seal for fish is not sufficient. Today, much of the frozen fish production takes place overseas in China and other countries that are halfway around the world. Imagine if the frozen blocks of fish were sealed improperly. There would be no way of identifying one block of frozen fish from another. Therefore, it is imperative to do this correctly.

Canned tuna is a basic staple in many households. What is required to ensure the kashrus of this popular product? Does tuna production require full-time supervision? Some certification agencies permit tuna fish production without full-time supervision in facilities that claim that they only deal with kosher varieties of fish. The certification agency reasons that the company does not want to put non-kosher fish in the can, and workers and government inspectors would discard the foreign fish before canning. However, other poskim strongly take exception to this position. They maintain that relying on the company, and only making intermittent inspections does not fulfill the requirement of certifying the fish as kosher. Consequently, they maintain that certification cannot be granted without a mashgiach t’midi present. In addition to this fundamental problem there are other halachic concerns that must be addressed. One such concern is bishul akum, cooking a product that would be served at a banquet or a state dinner by an aino Yehudi. When tuna arrives into a production plant, it is first washed and gutted and then put on trays and cooked before further processing. At this stage, the fish are ‘oleh al shulchan melachim’, meaning that the fish is fit to be served at a state dinner or a wedding. The law of bishul akum states that if an aino Yehudi cooks such a dish without the assistance of a Yehudi, it is forbidden to use the product. The Shulchan Aruch states that, eshun, steaming, does not fall into the category of bishul akum. These fish are cooked in steam. This may be true, however, there are differing opinions amongst the poskim whether the din of eshun refers to cold smoking or hot steaming. In the case of tuna, the fillets are cooked in an oven with hot steam. Furthermore, once the fish is cut and canned, the cans are retorted in cookers, a regular cooking process. Since fish is a variety of food that is ‘oleh al shulchan melachim’, a food that is served at a state dinner or wedding, bishul akum would be a problem with fish in any form, canned tuna not withstanding.

It is the Star-K policy to require a mashgiach temidi who inspects every single fish throughout the entire production of canned tuna. Since the tuna fish factory is used for non-supervised tuna fish production, and the fish was cooked by an aino Yehudi, the mashgiach must first kosherize the entire factory — the ovens, pans, cookers and fillers – from bishul akum. The factory is then ready for a kosher fish production. The mashgiach has to position himself strategically in order to be able to see all the fish before the skin is removed. Having the workers check each fish individually is not sufficient. The mashgiach must set up a system which ensures that each fish is inspected by him. Recently, a company that produces canned anchovies in Tangiers applied to the Star-K for certification. The company employs 450 women whose job is to individually inspect every fish. The company insisted that no fish other than an anchovy might be processed, and any foreign fish would be discarded. They even agreed to have a mashgiach t’midi; however, there was one drawback. The fish enter the plant through multiple portals making it impossible for one mashgiach to see each fish, resulting in the need for many mashgichim. Thus, we were not able to certify the company at a reasonable cost to the consumer.

Once the fish arrive, they are cleaned, scaled and gutted. They are then laid on trays and are ready to be cooked. To meet the requirements of bishul Yisroel, the mashgiach puts on the steam after the fish has been rolled into a cold oven. All of the additional ingredients used for flavoring the fish including the oil and spices, must be kosher certified. After the fish is chunked, canned and cooked it is ready for coding and labeling. After cooking, the mashgiach must be present for the canning and labeling. In addition to the can code, a specific kosher code is added as a siman (sign) that the fish was produced and canned in the presence of a Star-K mashgiach. The producer’s labels, complete with the certification symbol, have to be in the possession of the mashgiach so that they would not be inadvertently used for a non-supervised run.

Herring is another difficult overseas production. Herring is brined in barrels in far away regions, such as Scandinavia. Furthermore, herring is commonly flavored with wine vinegar. It goes without saying that all the ingredients must be 100% kosher. If the herring is produced with its skin still on, most kashrus agencies do not require full-time supervision at production because the fish is jarred with its skin intact. It is the Star-K policy to have a mashgiach t’midi present to check each fish during the production, even when the herring is not skinned. When a product is certified kosher, the consumer assumes that every aspect of the production has been addressed by the hechsher, including the examination of each fish.

Today, one can find many specialty retail fish productions on the supermarket shelves; cooked fishcakes, breaded fish fillets and fish sticks, to name a few. Again, these products must be produced under hashgacha t’midis in order to ensure that the equipment was koshered, that the breading is pas Yisroel, and that the product is bishul Yisroel. These products must be boxed in a double siman retail box. In order to fulfill double seal requirements, the retail box should be sealed with an additional shrink-wrap cover. When retail frozen fillets are sold in cryovaced plastic bags, the top is sealed with an additional Star-K seal.

Smoked salmon, otherwise known as lox, is another popular retail product. Unlike most hashgachos, the Star-K requires a mashgiach t’midi to oversee the entire operation, not just the smoking. The duties of the mashgiach include ensuring that all the brining tanks, knives, cutting boards, tables and equipment were used exclusively for processing kosher fish and, of course, to examine each fish for scales. All labels must be under the mashgiach’s lock and key. Not all smoked salmon is cold smoked. Some varieties of salmon may be hot smoked. Smokers have the capacity to both cold smoke and hot smoke salmon. If one is of the halachic opinion that smoking is cooking, the mashgiach must turn on the smoker to avoid problems of bishul akum.

Another issue that a kosher smoked salmon company must address is whether or not it can purchase farm-raised salmon fillets from salmon farms located as far away as the mountains of South America. One might argue that since salmon farms only raise salmon, there is no issue regarding the presence of non-kosher fish. The Star-K would not be able to certify the salmon farm without a mashgiach t’midi. As an alternative, we requested that the company send us salmon with the skin intact, but they could not do so. It was not economical for the farm to make a special production with a mashgiach t’midi. Consequently, we could not certify the salmon farm.