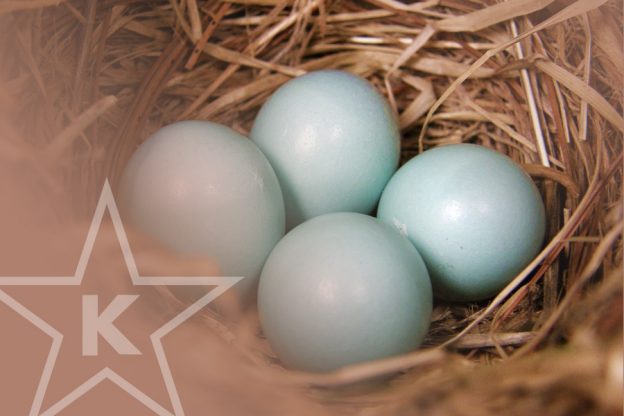 Shiluach Hakan1 (sending away the mother bird before taking her young) is a mitzvah that is infrequently performed. Its reward is the blessing of a long life – similar to the mitzvah of honoring one’s parents. Let’s examine how, when and where to perform the mitzvah of Shiluach Hakan.
“If a bird’s nest happens to be before you…young birds or eggs, and the mother is roosting…you shall not take the mother with the young. You shall surely send away the mother and take the young for yourself, so that it will be good for you and will prolong your days.”2

Possible Reasons for the Mitzvah

The Rabbis ruled that a person may not state that the reason for the mitzvah is compassion for the mother bird. One commentator interprets the Talmud’s prohibition as applying strictly to reciting this in one’s prayers, as if to establish compassion as the definitive, sole reason. In reality, there are many reasons for the mitzvah, and compassion is but one facet.3
The Ramban states that compassion for the mother bird herself is not a motive for this mitzvah, since human needs override those of animals. Rather, the Torah wishes us to act compassionately so that we instill this trait in ourselves. He also references a profound kabbalistic reason (sod) for this mitzvah. Rabbeinu Bachya states that taking the mother and her offspring at the same time is analogous to destroying the entire species.

Rewards for The Mitzvah

Rashi comments that Shiluach Hakan is a relatively easy mitzvah to carry out, involving little hardship or cost. One earns the tremendous reward of long life through its performance. We can, therefore, only imagine how great the reward will be for more difficult mitzvos.
A number of Midrashim state that fulfillment of this mitzvah is a segulah for having children.4 The mitzvah is also a segulah for getting married, as well as for acquiring a new house.5
The Zohar6 explains the mystical reason behind the vast rewards of this mitzvah. The bird’s distress elicits Hashem’s compassion, and He showers His mercy on Klal Yisroel and individuals in need. In turn, Hashem then rewards the person who brought this about.

Who May Perform the Mitzvah

The mitzvah can be executed by men, women,7 and children. It may not be carried out on Shabbos or Yom Tov.8
A person who comes across a nest is not obligated to send away the mother, unless he actually wants the offspring. Nevertheless, it is commendable to carry out the mitzvah and even to seek out the opportunity to do so.9 Even if one does not eat the offspring after taking them, and his sole motivation is to perform the mitzvah, he has properly fulfilled the mitzvah.10

Only kosher birds are eligible for this mitzvah. When determining which birds are kosher to eat, we require a clear mesorah, tradition, that our ancestors ate these birds.11 However, when determining which birds are fit for the mitzvah of Shiluach Hakan, we may rely on the physical signs of kosher birds as delineated by Chazal.12
Therefore, we can distinguish among three categories of birds: 1) Kosher birds which we eat and may use to fulfill the mitzvah, for example certain species of pigeons, doves, geese, and ducks; 2) Birds which exhibit kosher signs,13 yet do not have a clear mesorah, for example sparrows, robins, cardinals, and orioles. These birds may be used to fulfill the mitzvah, but they are not considered kosher to eat; and 3) Birds which are definitely non-kosher with which we should not perform Shiluach Hakan. This includes eagles, ravens and other birds of prey.

Eligibility is also determined by gender and age as follows:
A. Gender
The mitzvah can be fulfilled only when the mother bird is roosting. Since the male also roosts at times, one should determine the gender of the bird before sending it away. However, there is generally no way the layperson can distinguish between genders of birds. Of note, the male dove, pigeon and sparrow will usually sit during the day while the female sits at night. Therefore, the mitzvah should be fulfilled at night. The female American Robin, Canada Goose and Mallard Duck sit both day and night. If the roosting habits are unknown, one should fulfill the mitzvah at night, as we assume it is the mother on the nest.14
B. Age
One may fulfill the mitzvah any time the mother is incubating her eggs or brood.15 However, once the chicks develop the ability to fly on their own, the mitzvah may no longer be fulfilled.16 Chicks usually develop this ability approximately two weeks after hatching, depending upon the species.

The mitzvah can be done in any country in the world, and even at sea.17 However, the Mishna states that a kan mezuman, a prepared nest, is excluded.18 This means that the mother bird and her offspring must be ownerless. Since the halacha states that a chatzer, private property, acquires objects on behalf of its owner even without his knowledge, a nest in one’s yard would generally be ineligible for this mitzvah. This is because the nest and offspring would automatically belong to the owner. Therefore, some authorities hold that one could fulfill the mitzvah only with nests in public places, such as parks.19
However, according to other authorities it is possible to remove the offspring from the owner’s possession by making them hefker, ownerless and available to all.20 One may follow these opinions and declare in front of three people21 that the eggs or chicks on his property are hefker. He may then proceed to fulfill the mitzvah.22

No brocha is recited on this mitzvah.23 One reason given for this is that the bird may fly away of its own volition after the brocha is recited, and the mitzvah will not have been fulfilled.24

Sending Away The Mother

One need not actually pick up the bird to send it away. Rather, one should create some stimulus to cause it to fly away, such as gently tapping a stick on the nest or nearby tree.25 Even clapping one’s hands is satisfactory.26

Once the mother bird has flown away, one must take the eggs or chicks.27 Even if the mother bird is watching, one still fulfills the mitzvah. To perform a halachic acquisition, they should be lifted to a height of three tefachim (about 12 inches).28 Upon completion of the mitzvah, one may put back the eggs or chicks and need not keep them.29
After one takes the eggs or chicks, they may be declared hefker by the one who acquired them and then returned to the nest.30 After the mother bird returns, another person may fulfill the mitzvah. In this way, the same nest may be used over and over again.31
The Cornell Lab of Ornithology notes that contrary to popular belief, most birds will return to the nest even after their offspring have been handled by humans.32 This is due to their poor sense of smell and inability to detect the scent of humans.
A messenger may not be appointed to send away the bird. One who is unable to climb a tree should first send away the bird, and then appoint another person to acquire the eggs or chicks on his/her behalf.33
One should use a sturdy ladder and exercise caution when climbing.34

By learning more about the nesting habits of birds, a person who wishes to fulfill the mitzvah will know what to look for when searching for a nest. For example, a dove gathering twigs with its beak is probably the male who is collecting them for the female while she sits on the site of the future nest nearby.
One may hang a birdfeeder and construct a birdhouse to encourage nesting. Sparrows will nest in birdhouses; however, most other birds fit for Shiluach Hakan will not.35

When one sees a bird building or sitting in a nest, he should determine whether it is a kosher species. If the nest is on private property, it may be necessary for the owner to be mafkir. During the day, it is possible that the male may be roosting. The female will be roosting in the evening, so the mitzvah should be performed at that time. One should approach the nest quietly. Usually the nests are higher than an average person’s reach, so a stick may be gently used to tap the nest or nearby tree limb. After the bird flies away, one should climb up and gently remove the eggs or chicks. The procedure requires lifting the eggs or chicks approximately twelve inches high. After fulfilling the mitzvah, one may keep the offspring or return them to the nest.36
Studying the intricate laws of Shiluach HaKan brings us closer to the fulfillment of this special mitzvah. May we merit to carry it out properly.