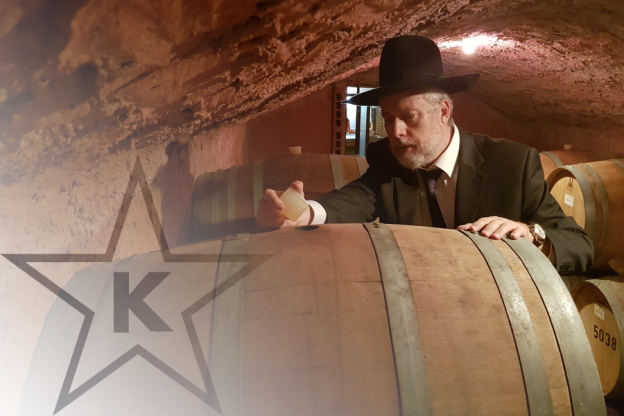 It is an understatement to say that we as a global society are going through unprecedented times. Due to Covid-19, the word ‘unprecedented’ has taken on new and far-reaching connotations.  On the lighter side, in the relatively new world of kashrus in the liquor industry, ‘unprecedented’ has become an appropriate term.  In general, the world of alcohol has always been shrouded in mystery.  However, during  the past 25 years, there has been a genuine movement towards greater transparency, and kosher research/analysis has made great strides in revealing the underpinnings of  the alluring world of kosher wine and spirits. With the realization that there is significant value in kosher certification, many companies have sought to become certified.  As is the case with any company seeking kosher certification, the company must now reveal their ingredients and processes to their kosher certifier. All information is kept confidential under ‘lock and key’ in the annals of the kashrus data base. The secrets of success are shared only with the rabbis involved with that particular company.

Seeing alcoholic beverages with hashgacha has become the new ‘norm’ in the U.S.; in Israel, it goes a step further. The niche kosher market targets not only the kosher consumer but the ‘Mehadrin’ kosher consumer, who wields enormous influence in the Israeli kosher marketplace.

Through the great efforts of Rav Aharon Haskel, Director of STAR-K’s Israel office, and his kashrus hashgacha team, STAR-K has been successful in implementing Mehadrin certification in facilities that would have not previously considered going kosher 25 years ago.

Kashrus Kurrents had the pleasure of speaking with Rabbi Aharon Haskel, who has been instrumental in forging the successful relationship with many newly certified manufacturers.

Today, in Eretz Yisroel, many popular products are STAR-K certified due to the efforts of Rav Haskel and his wonderful team.  It is our pleasure to introduce Rav Aharon Haskel to our U.S. readership.

KK: Rav Aharon, thanks for talking to our U.S. readership.

RH: It is my pleasure to share with Kashrus Kurrents readers the exciting new developments at STAR-K Israel in the area of alcoholic beverages.

KK: What has prompted companies to seek Mehadrin certification?

RH: In Israel, in order for an imported product to be advertised as kosher, it must bear a recognized kosher certification symbol. The vast majority of establishments in Israel are kosher-certified, at least on a basic level, and the Mehadrin segment is growing at a very fast pace. For an Israeli importer, ensuring that its products are certified at the highest level possible is critical to safeguarding the widest possible target market.

KK: Have companies conducted market research to prompt this change?

RH: Over the past 30 years, the Israeli kosher markets have matured significantly. There are PR firms, advertising/marketing and market research firms with exclusive focus on the Chareidi and religious markets. Today, the STAR-K Israel office is heavily involved with the largest Israeli food importers to ensure Mehadrin certifications for their products (i.e., Osem/Nestlé, Tnuva, Strauss and IBBLS).

KK: Were they aware that significant changes would have to be made in their recipes?

RH: Most Israeli companies understand the requirements of kosher and Mehadrin quite well and usually educate the foreign manufacturers with whom they are working, to some extent. However, it is STAR-K’s responsibility to complete the education and execution process to ensure that that Mehadrin kosher standards are implemented correctly.

KK: Was it a challenge to find suitable Mehadrin flavors for liqueurs?

RH: In some cases, it took time for the flavors to be certified properly. However, the overall buying power and significance of the Israeli market, as well as its kosher requirements, make the process a priority for the manufacturers.

RH: In most cases, kosher scotches are produced from finishes that do not include wine barrel finishing. In the case of the Milk & Honey Distillery in Tel Aviv, a special production of kosher l’Mehadrin sherry seasoned casks was made in Jerez, Spain. Israeli Kosher l’Mehadrin wine barrels were used for their wine cask finished extractions.

KK: Is there any difference in aging times for the Mehadrin scotch as opposed to their regular counterparts?

RH: No. Changes or compromises in process or quality are made for the sake of kashrus. If it can’t be certified we don’t certify it, and if it can’t meet their quality standards it is not produced.

KK: What new STAR-K certified items will we see on the shelves of the neighborhood liquor store in Israel that we haven’t seen before?

KK: I understand that Eretz Yisroel is also becoming a world-class producer of liquor and liqueurs.  Can you share some of these exciting projects with our readers?

RH: There are three distilleries in Israel that we are proud to be working with: a) Milk & Honey Distillery in Tel Aviv, which is Israel’s first whisky distillery; b) Thinker’s Distillery in Yerushalayim produces the finest vodkas and gins; it will be producing bourbon in 2021 in the historic Machaneh Yehudah market, and c) Oak and Ash in Beit Shemesh which produces a line of liquors including apple brandy, gin, rum, and vodka in addition to brewing beer and hard cider.

KK: What has been the secret of success with these companies?

RH: The main focus has always been finding a way to respect their traditions, which are often centuries old, without compromising on kashrus standards. Bringing the knowledge, experience and STAR-K’s passion for kashrus makes all the difference.

Rav Aharon, it has been a pleasure having you share your insights with Kashrus Kurrents. You should continue to be matzliach, nosei chein and make a great kiddush sheim shamaiyim. We will continue to enjoy our Kiddushim! Kol tuv.