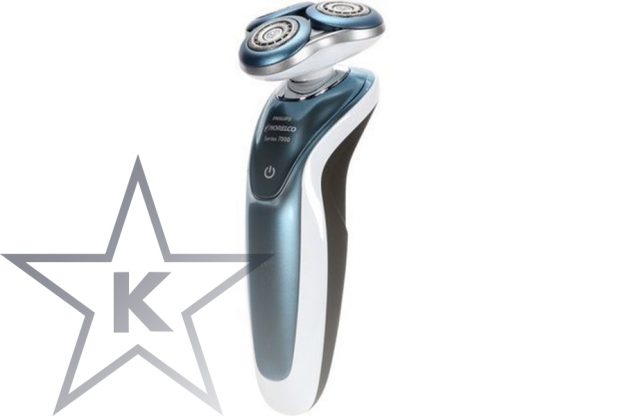 Much discussion and halachic energy have been expended discussing the halachic legitimacy of Norelco’s Lift-and-Cut shavers. The Lift-and-Cut claims to lift up the hair by one blade and then cut it with a second blade, instead of using a screen-blade scissor action.

It is a fascinating fact that the lift-and-cut “technology” is based on a concept fostered by Gillette razor blade producers that if you insert two razor blades together with a slight gap between them, the first will pull the shaft of the hair up and the second blade will cut the hair below the skin line. Hence, the term “lift and cut”.

Bear in mind that the edge of the razor blade is sharpened to a point of .1mm to .2mm (1/16 of an inch = 1.5mm), so the point of a razor is unquestionably razor sharp! However, users of the dual blade have dispelled the lift-and-cut “theory”. Below are some of the reactions from disgruntled consumers who tested the lift-and-cut straight edge razors.

“I’ve accidentally shaved with two blades. It was awful. They don’t shave any better than a single blade.”

“I tried it despite my better judgment, loaded up my razor with two blades. It didn’t look like it had two blades. Shave felt like it was twice as aggressive but half as efficient.”

The comments dispelling the straight-edge lift-and-cut are very compelling. There were a myriad of ‘Nays’ and not one ‘Yea’ endorsing the lift-and-cut shaver. The overwhelming response of all those attempting to shave with a dual blade was that it doesn’t work. A theory is just a theory, and reality tells the story.

Halachically, where does the Phillips-Norelco electric ‘lift-and-cut’ shaver weigh in? It is the opinion of Rabbi Moshe Heinemann, Rabbinic Administrator of STAR-K, that the “lift-and-cut” is no different than a conventional triple header. The inner blade would have to be tested to see if it is too dull to cut a hair without the assist of the screen. If the blades are too dull to sever a beard hair, then the shaver will qualify for the halachic “misparayim k’ein taar” that Rabbi Moshe Feinstein, zt”l, permits. It is interesting to note that Phillips-Norelco now produces many non-lift-and-cut models whose quality is comparable to their lift-and-cut counterparts. The new conventional triple head blades have to be checked to see if the inner blade is “dull compliant”.

The next halachic challenge in the new One Blade trimmer is that it looks like a straight-edge razor but operates like a linear shaver. The inner blade vibrates in a back and forth linear motion. The screen and inner blade work in tandem, and there are three attachments that will trim down to a five o’clock shadow or a stubble, but not a close shave.

The thickness (or thinness) of the inner blade of the One Blade has been measured at anywhere from .5mm to .9mm, certainly thicker than a straight-edge razor. In fact, when I presented this statistic to Rav Heinemann, shlit”a, he said a shochet’s “chalaf” is honed to .9mm sharpness – definitely sharp enough to cut a beard hair! Even though the One Blade only trims in an unconventional fashion, the inner blade would have to be checked. If it is too sharp, the blade would have to be dulled. The problem with the One Blade is that there is no easy way to dismantle the head without ruining it. Therefore, Rav Heinemann left the halachic status of the One Blade as inconclusive. If it’s sharp enough to shecht a beheima, it’s sharp enough to cut a beard hair.