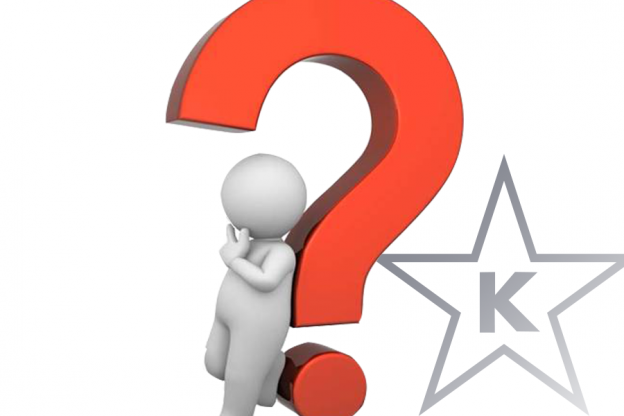 Almost every time I enter a supermarket, I marvel at the wide variety of fresh and frozen fruits and vegetables, as well as a plentiful assortment of epicurean delights. If someone were to call their market “Gan Eden” – in the secular sense – they would be right.

Before consuming our supermarket delicacies, we must give proper consideration to an important shaila: What is the correct brocha for this food? Many times, this is not an easy question. After all, there are so many aspects of birchos hanehenin1 to keep in mind. How does it grow? Is it processed? Is one of the chameishes minei dagan (five special grains) present in a halachically meaningful way? What part of the food is the ikar (primary) to me? Do I need to recite a brocha if I already said the same brocha on a different food? What if I decided I was finished eating, but then changed my mind?

Assuming we get past this initial analysis, recite the brocha and begin to eat the food, we will often find ourselves in another realm with a whole new slew of shailos that are not so well known. This is an area of brochos that can cause a lot of uncertainty for even the most learned of individuals. It is an area of Hilchos Brochos called Shinui Makom – a “Change of Place”. Put succinctly, a brocha’s continued validity can be dependent upon a change of location.

The Concept of Shinui Makom

The Rama paskens2 that the laws of shinui makom are based on the laws of hesech hada’as, literally taking one’s mind off what one was doing. In the context of a brocha rishona, this would mean that if a person decided he was finished eating and then changed his mind and wanted to continue eating, a new brocha would be required. So, too, says the Rama “changing one’s place” automatically causes the brocha rishona to expire.

Before we delve into the definition of what is a halachically significant change of place, let us first ponder five common scenarios that will provide a strong foundation for our application of the laws of shinui makom to many other situations.

Scenario #1 – Eighteen year-old Shmuel sits down in the kitchen to eat a quick snack of sliced mango before he runs out to the store. After taking a bite, he runs back upstairs to his room to get his watch and returns to finish his snack. Must he recite another “Ha’eitz” when returning to eat in the kitchen? Does it make a difference if his room was in a converted free-standing garage?

Scenario #2 – Avraham comes home from Shacharis and sits down with his coffee, whole wheat muffin and sefer. After eating half of the muffin and drinking some of the coffee, he realizes that he should go outside and scrape the frost off his car’s windshield if he expects to get to work on time. After a few minutes, he returns to finish his breakfast. Is Avraham required to recite another “Mezonos” and “Shehakol”?

Scenario #3 – As Leah is waiting by the front door waiting for her ride to Passaic, she begins to nibble on her cotton candy. Five minutes later, her ride arrives and she continues eating her cotton candy in the car. Does Leah need to recite “Shehakol” again?

Scenario # 4 – Walking home from the supermarket, Dovid opens the bag of corn chips and begins to munch on a few. As he continues walking, he takes a few more into his hand. Is another “Shehakol” in order?

Scenario #5 – During a family barbeque in the fenced-in backyard, Rivkah abandons her corn on the cob and runs up the stairs to the house to get a few more cans of soda for the thirsty crew. When Rivkah returns, does she require another “Ha’adamah”?

Let us first delve into the definition of what halachically constitutes a significant change of place.
Generally, when one leaves his initial place of eating his original brocha rishona expires. However, there are two common exceptions:

Exception #1 – If he is mandated to return to his original location for a brocha achrona, then he is halachically linked to that place and the brocha rishona does not expire.

Exception #2 – If at least one of the original people who was eating with him at the time is still present,3 he is still halachically linked to his place of eating and the brocha rishona does not expire.

Exception #1 – In Depth
When a person has eaten at least a k’zayis of Hamotzi or Mezonos (except rice), the general rule is that he must recite the brocha achrona in that place. Even if he leaves, he should return for his brocha acharona. Since he is halachically bound to his place, his brocha rishona does not expire upon leaving it. A brocha rishona is not recited, regardless of whether he continues eating in his new locale or returns to the original one.4

On the other hand, if a person consumed less than a kzayis of Hamotzi or Mezonos,5 or he ate even a k’zayis or more of a Shehakol, Ha’adama or Ha’eitz (seven species fruits are questionable),6 he is not bound to return to the original place where he ate in order to recite a brocha acharona. Therefore, when he leaves his place the brocha rishona expires. If he wants to continue eating in his new place, or if he returns to the first place, a new brocha rishona is required (unless Exception #2 applies).

Definition Of A Change In Place

After the fact, if a person changed rooms in the same building and the above requirements 1a) and 1b) were not met, a brocha rishona would not be repeated.9

Generally, when a person leaves a building to go to an open or unroofed area the brocha rishona expires (see above “Exception #1 – In Depth”). It does not matter whether or not the person intended to return immediately, had the food in hand, or just stepped out the door.10

The most common exception is the case of a person exiting a building with food in his mouth (e.g., sucking a candy).11

Another exception is if a person is about to leave and recites the brocha, starts to eat inside and then leaves. The brocha remains valid.12
One more exception would be if one has a sukkah attached to his house. If one enters the sukkah directly upon exiting the house, then the sukkah is considered another room of the house. However, if the sukkah entrance is detached from the house the brocha remains valid only for the rooms into which he can see.13

With these halachic guidelines in mind, we can now provide the answers to the scenarios previously presented:

Scenario #1 – If before reciting the brocha, Shmuel contemplated leaving the kitchen to go to his room before finishing the mango, or if it is his common practice to leave the room when eating (as most people do nowadays), then he would not need to recite another brocha upon returning to his mango. However, if his room is in a free-standing structure, such as a “finished garage”, he would be required to recite another “Ha’eitz”.

Scenario #3 – When Leah recited “Shehakol” for the cotton candy, she was anticipating her ride at any moment. Therefore, her place in the house was not considered a fixed place. Consequently, no brocha is needed when she eats in the car or anywhere else during her travels.

Scenario # 4 – No new brocha is required. Since Dovid was not in a “fixed” place when he began eating, wherever he walks is “his place”.15

Scenario #5 – Rivkah does not recite a new “Ha’adamah”. Since she left others in the yard as she went into the house, her brocha remains valid. However, if she would have been eating by herself in that same yard she would be required to recite another brocha before continuing to eat her corn.

Yes, it is true that many factors affect the endurance of a brocha rishona. Included in the factors that we need to ponder are: the type of food, how much we have eaten, our intentions, whether or not we ate with others, in what type of area we ate and where we want to eat now.