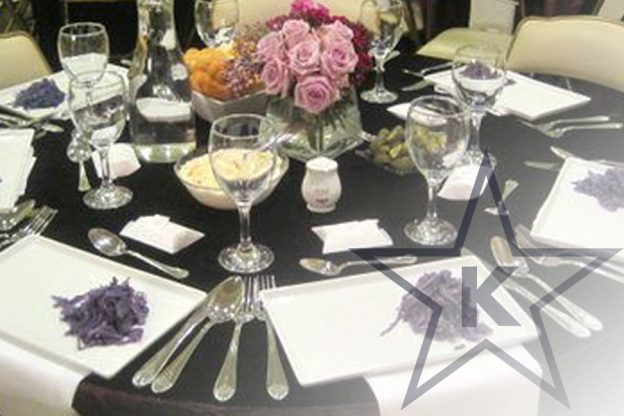 Chazal tell us that Moshe Rabeinu established the “shivas y’mai hamishteh”, the seven days during which the choson and kallah rejoice together following their wedding.1 During this time, family and friends come together and prepare beautiful seudos, followed by the recitation of the “Sheva Brochos” at the conclusion of Birchas Hamazon. Such seudos are quite common, and it is important to review the various applicable halachos.2

What is Necessary For Sheva Brochos

If a choson and kallah are at a meal held in their honor during the first seven days of their marriage, and there is a minyan present, including a panim chadashos, Sheva Brochos are recited. The following is an explanation of what is required:

The way to calculate seven days is as follows: The day of the chupah is Day #1, regardless of what time of day22 the chupah takes place. Sheva Brochos may be recited until sunset of Day #7. For example, if the wedding takes place on Sunday night in the winter, Monday is considered Day #1 and Sheva Brochos may be recited until sunset of the following Sunday.23 If the wedding is on Sunday afternoon at 4:00 p.m. (i.e., before sunset), Sunday is considered Day #1 and Shabbos is Day #7. Therefore, in such a case the Sheva Brochos of seudah shlishis must be completed before sunset on Shabbos (i.e., before the end of Day #7). This is true, even if seudah shlishis begins before sunset. This is different than reciting “Retzai” (or Yaaleh v’Yavo), which is recited even after it gets dark, provided the meal started before sunset on Shabbos (or Yom Tov).

If Shabbos is not Day #7 (i.e., it is between Days #2 and #6), regular Sheva Brochos are recited even after tzais hakochavim on Motzai Shabbos, and the mezamen and choson or kallah may drink the wine.24

In regards to other halachos of shivas y’mai hamishteh, including not going to work and exempting the tzibur from Tachanun, the seven days are “mei’ays l’ays” until exactly one week after the chupah.25 For example, assume someone got married on a Thursday in the summer and the chupah ended at 7:30 p.m. (i.e., before sunset). If the choson is in shul for Shacharis on the following Thursday morning, the entire minyan would not say Tachnun. Furthermore, Tachnun at Mincha that day would also not be recited by those who are at the minyan that the choson attends, if it is before 7:30 p.m.26 This is true, even though Sheva Brachos can only be recited until shkia the night before (i.e., until sunset on Wednesday).

Before Birchas HaMazon, place three kosos (cups)27 on the table. One kos is for the one who leads Birchas Hamazon and the second one is for Sheva Brochos.28 The third kos will be used to mix Kos #1 with Kos #2.29 The first kos is filled and the mezamen leads the bentching, adding D’vai Hasair.30 However, most do not say D’vai Hasair on Shabbos, Yom Tov or Chol Hamoed.31 This is because it relates to the churban Bais Hamikdash.32 The words “She’hasimcha Bimono”33 as found in the bentcher are also added by the mezamen and those who respond.34

When Birchas Hamazon is over, the second kos is filled35 and brought36 to six different men (over Bar Mitzvah) each of whom holds the kos and recites a different brocha.37 The first brocha is “Shehakol Barah Lichvodo”. The last brocha of these six is “Asher Barah”. One should not speak during or between Sheva Brochos; this ideally applies to everyone present.38 L’chatchila, the person reciting Sheva Brochos should have eaten. B’dieved, even one who did not partake of the meal may recite a brocha. The custom is that the choson does not recite the Sheva Brochos.39

After the brocha of “Asher Barah” is completed, the mezamen then recites “Borei Pri Hagafen” on the first kos and has in mind to be motzi the choson or kallah, in addition to anyone else who wants to drink.40 The wine in the cups is then mixed41 using the third kos. The mezamen should ideally drink a rov reviis (2 fl. oz.). The minhag is that the choson or kallah also drink at least a little wine.

It is important to note that the order of brochos is different under the chupah. Under the chupah, “Borei Pri Hagafen” is recited first, followed by “Shehakol Barah Lichvodo”. The last brocha (i.e., “bracha achrita”) is “Asher Barah”. At the seudah of the wedding, and during the shivas y’mei hamishteh, “Shehakol Barah” is recited first, “Asher Barah”42 is the sixth brocha recited, and “Borei Pri Hagafen” is recited last. When using “Sheva Brochos cards”, it is advisable to ensure the cards are distributed in the correct order, as indicated above.

In the z’chus of our participation in being m’sameach each new choson or kallah, may they be zocheh to build a binyan aday ad and bayis ne’eman b’Yisroel. May we also merit yasis alayich Elokayich kimsos choson al kallah with the coming of Moshiach speedily in our days.