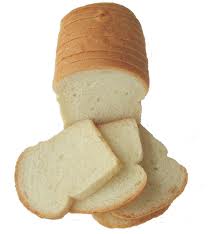 It has been called the staff of life. “Lechem” (bread) makes a quick cameo appearance for posterity, when the Ribbono Shel Olam charts the course of mankind for time immemorial by punishing Adam HaRrishon with the words, “Bezaias apecha tochal lechem”,1 “You will eat bread by the sweat of your brow.” Of course, it is obvious to everyone – both young and old- that lechem means bread!

It is universally understood that “lechem” refers to bread. Later on in Sefer Bereishis, Avrohom Avinu provided Haggar and Yishmael with some lechem and mayim (bread and water) when they were banished from his home. Mon was known as the “lechem haklokeil”, the bread that was absorbed within the innards of the Dor Hamidbar. The Korbon ha’Omer, the barley sacrifice on the 16th of Nissan, permitted the consumption of “lechem koli v’carmel” – the new bread and grain products. But why is bread called “lechem,” and why is bread produced by the sweat of Adam’s brow?

If we analyze the etymology of the word “lechem”, we can gain a greater insight into the very essence of the foundation of the food pyramid. The root letters of “Lechem” – Lamed, Ches, Mem – form the basis of another age-old global reality- Milchama – conflict at best, or battle at worst. The very essence of bread production, from its very inception to the very first bite, is rooted in the sweat and struggle of “b’zeis apecha tochal lechem.”2

Man must first struggle with the earth to ready it for planting – clearing, plowing, seeding, and weeding the land in addition to battling the elements. Once these challenges have been surmounted, the field awaits the “blessings” from the Ribbono Shel Olam so that the stalks of grain will grow. Once the stalks are harvested, the next series of struggles need to occur before one may obtain kernels of grain. After harvesting, the grains need to be separated, winnowed, and threshed. Then the grain must be milled into flour. Again, the milling process is a series of physical activities including tempering, breaking, grinding, and sifting the grain in order to separate the flour. Once this has been accomplished, the flour must undergo another series of transformations as it begins the baking process. Flour is mixed with water, which causes chemical changes in the flour. A leavening agent, such as yeast or sour dough, is added to aid the natural enzymes that are released when the flour and water mixture combines to form a dough. Once the dough has risen, it must be flipped, turned, and punched down in order to rise again. It is then ready to be cut, shaped, and finally put into the oven. The result is delicious bread that was literally and figuratively baked with “zaias apecha“, the sweat of the brow.3

What is bread? Bread is defined as a staple made from flour mixed with other dry and liquid ingredients, usually combined with a leavening agent, which is kneaded, shaped, and baked. What are the halachic qualifications for lechem? The Chochmas Odom sets down six criteria:4

1. The flour has to be made from at least one of the five main cereal grains, chameishes minei dagan: Wheat,
Barley, Rye, Oats, Spelt.
2. The flour should be kneaded with water and not any other liquid, such as juice.
3. The dough should not be kneaded or filled with additional products, such as nuts and fruits.
4. The dough should have a thick consistency, unlike batter.
5. The dough that is being baked should have some thickness.
6. The baking should be done in an oven or a pan without water.
If these conditions are met, this bakery product fulfills the criteria of bread, and the brocha recited on this type of product is Hamotzi Lechem Min Haaretz.
Grain products that do not fulfill these criteria may fall into various categories. If the dough is boiled instead of baked i.e. knaidlach, wontons, or pasta, this dough product would not be considered bread and the brocha recited would be Mezonos.5 Breads produced from flour other than the five main bread grains, such as corn or rice flour,6 would not qualify for a brocha of Hamotzi. These products would bear a brocha that could vary from Shehakol to Hoadama to Mezonos, depending upon the flour used and the size of the grit. If the combination of ingredients has a thin batter-like consistency, similar to that of a pancake which is cooked on a griddle, the “lechem” criteria is not fulfilled; the brocha recited would be Borei Minei Mezonos. There are some specialty bread products that do not fulfill the criteria of Hamotzi bread, yet if consumed in small amounts the brocha required would be Borei Minei Mezonos. If consumed in sizable amounts, one would be required to wash and recite Hamotzi. These specialty breads are known as pas habaa b’kisnin. The Shulchan Aruch7 lists a number of possibilities which would qualify an item as pas habaa b’kisnin, which is described as either a bread dough baked and filled with honey, nuts, oil and spices, or a sweet dough recipe such as a yeast cake or bobka. Another explanation of pas habaa b’kisnin is a bread dough that is baked into a hard cracker-like texture, such as flat bread crackers, bread sticks, or pretzels. Some maintain that if the dough is mixed with oil, honey, milk, or fruit juices the sweet roll would then be considered to be pas habaa b’kisnin.

There are those who maintain that the infamous Mezonos rolls, which are bread rolls mixed with water and apple juice, fall into the category of pas habaa b’kisnin, and one would not be required to wash on these types of rolls. However, since these rolls usually taste like regular bread rolls, there are two fundamental issues associated with them.8 First, if they taste like a regular bread roll then they do not meet the criteria of pas habaa b’kisnin. Second, these rolls are typically served with an airline meal as an alternative to the dinner roll. The halacha clearly states that if one is eating pas habaa b’kisnin with a dinner meal, then one would be required to wash and recite Hamotzi.9

Breads can be classified into two distinct categories: a) yeast breads that rise, such as challah, rye bread, Italian and French bread, and b) flatbreads such as pita, lavash, Indian naan and roti, as well as flour tortillas. These ‘flatbreads’ should not be confused with the hard flat bread crackers, which are considered pas habaa b’kisnin. These flatbreads are made with yeast or baking soda and use the same ingredients as their high-rising counterparts. They do not rise as long and are baked in a high heat oven for only a couple of seconds. The thin dough and the high heat cause the pita or roti bread to expand and form a “pocket.” A modern day pita oven using a combination of direct fire and heat, ranging between 800o and 900o F, will bake the pita in 15 to 20 seconds; older ovens will take 40 to 60 seconds. Traditional lavash or “aish tanur” is actually slapped onto the side of a cylindrical stone brick oven and baked, as it adheres to the side of the tanur; in a brick oven, it would take 30 seconds. As the lavash turns slightly brown, it is removed from the oven. Industrial lavash will bake even faster than pita because it is thinner; lafa, which is thicker than lavash, will also bake very quickly. Homemade flour tortillas are made on a griddle and baked long enough to form air pockets, which turn slightly brown. Industrial pressed tortillas require 24 to 40 seconds baked at an oven temperature of 375oF to 500oF, depending upon the thickness of the tortilla. Die-cut tortillas require only 17 to 25 seconds to bake.

There has been much halachic discussion about the flour tortilla. It is about the same thickness as lavash, and definitely thicker than a ‘bletel’, a crepe. Furthermore, when describing a thin crepe-like product called “niblash’,10 the brocha of which is Borei Minei Mezonos, the Mishna Brura describes a Russian delicacy called “nolsilka,”11 which was a water and flour batter that was either poured over vegetables and baked in the oven or poured onto a griddle. He reiterates that the crepe has to be very thin. If the product would have a thicker consistency, the brocha recited would be Hamotzi.

A flour tortilla wrap conforms with the Chayei Odom’s criteria. It is made from a dough, bliloso ova. It is proofed and baked, just like a pita, albeit at a lower temperature and for a longer amount of time. Nevertheless, there have been naysayers who claim that a wrap should not be categorized as a bread product. As one great detective famously said, “The facts Ma’am. Just the facts.” Resolving the tortilla issue requires just that – the facts. So, we turned to the experts, who shared with us how they perceive flour tortillas. Eugene Suarez Sr., President of S&K Industries, producer of Abuelita brand flour tortillas, imparted the following:
Flour tortillas, made with wheat flour and used as a substitute for bread in many households, were the original products found in retail outlets, restaurants, and households throughout the United States and Northern Mexico.  The flour tortilla was a precursor to the tortilla wrap, which is now manufactured in a variety of sizes, flavors, and colors.  While the original flour tortilla is also used in the processing of wraps, the exotic flavors and colors tended to be used as the product of choice for making “wraps.”

Wraps can be best described as a sandwich full of a variety of food products such as cheese, lettuce, and any deli product.  A wrap is considered a “finger food” as opposed to a burrito, which is the traditional method of eating the tortilla.  The flour tortilla is also used as a “scooper” by aficionados of Mexican food.

The flour tortilla, made with wheat flour as its main ingredient, can be compared to “Wonder Bread.” This is not to say that flour tortillas are identical to bread, because additional ingredients are used to render the tortillas as flat and pliable, with distinctive flavor.

While there will always be a cultural difference between “Mexicans” and “Americans” who consume flour tortillas, the perception is the same – both cultures eat wraps as well as burritos. Witness the fact that American restaurants also feature wraps alongside a traditional “meat and potatoes” menu.

Eugene’s above explanation was mirrored by Martin Galvan, Research & Development Manager for La Reina Mexican Foods, who stated that flour tortillas are the Mexican bread counterpart.

As we clearly see, these bread varieties – whether tall, short, long or thin – share one thing in common. They are the staples, as well as the pride of their country of origin that grace their respective breadbaskets, and the brocha that one would recite on them is Hamotzi.