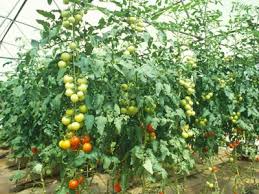 The AeroGarden is a unique hydroponic system, enabling home-growing of vegetables. ( Note: STAR-K no longer certifies The Aerogarden) The entrance of this system into the marketplace presents an opportunity to discuss the history and halachos of hydroponics.

According to some accounts, the Hanging Gardens of Babylon were hydroponically-grown.  The gardens hung strikingly from palace terraces and were considered one of the Seven Wonders of the World.  The gardens were supposedly constructed by Nevuchadnetzar around 600 BCE in present-day Iraq, about 30 miles south of Baghdad.1  However, there is a lively discussion among historians as to who built the gardens, how they were planted, and indeed whether these gardens existed at all.  The Talmud (Avoda Zara 38b) itself discusses the hydroponic sprouting of seeds, in what seems to have been a fairly common practice.

More recently, in the 1930’s, Dr. William Gericke of the University of California conducted research with hydroponics.  He coined the term “hydroponics”, derived from the Greek words, hydro (water) and ponos (labor), or “water-working.”  Put simply, it means growing plants in a nutrient solution without soil.  The science of hydroponics proved that soil is merely the holder of the nutrients, as well as the place where the plant roots traditionally live and a base of support for the plant structure.  Soil isn’t required for plant growth; the elements, minerals and nutrients that soil contains such as carbon, nitrogen, phosphorus, potassium and magnesium can be supplied in liquid solutions.  Plants are supported by porous material, such as sand, gravel, foam or glass wool, that acts as a wick in relaying the nutrient solution from its source to the roots.

In 1945, the United States Air Force built one of the first large hydroponic farms on Ascension Island, a barren island in the South Atlantic, followed by additional farms on Iwo Jima and Okinawa in the Pacific.  These hydroponic farms helped to supply fresh vegetables to troops stationed in these areas.  Over the past few decades, researchers in Israel have been at the forefront of hydroponic study.2

Presently, the most common hydroponic crop grown in the United States is tomatoes followed by cucumbers, lettuce, herbs, and peppers.  In addition, every day many hydroponic vegetables are brought in from Canada, Mexico and Europe.

Insects
Star-K’s certification of the AeroGarden is essentially a statement that the system is an appropriate method of controlling insects in produce.  Plants grown under controlled conditions indoors are generally free from insects which are commonly found in outdoor-grown plants.7However, we cannot guarantee that vegetables grown with the kit will be insect-free, since insects which commonly thrive indoors may find their way onto the vegetables.  In addition, in rare cases insects could possibly land on the plants by entering the home on clothes or other vegetables.  For these reasons, a cursory inspection and a washing of the vegetables before use is advised.  As an additional precaution against infestation, one may create an insect barrier by covering the garden with a mesh or cloth.

In addition to romaine and other types of lettuce, one can grow herbs such as cilantro, dill, and parsley.  Herbs are especially prone to infestation, are difficult to check, and are not widely available to the kosher consumer as ‘certified insect-free’.  The kit is helpful in controlling infestation for these varieties.

Hydroponically-grown vegetables (lettuce, herbs, etc.) sold commercially without kosher certification should be thoroughly checked since they grow under conditions unknown to the consumer.

Shabbos/Yom Tov
Nurturing plants is one of the 39 melachos, prohibited categories of work on Shabbos and Yom Tov.  Therefore, on those days the seeds may not be placed in their base, nor may nutrients or water be added.8  There are also restrictions on some melachos on Chol Hamoed, and one should ensure that the proper nutrients and water are added before the onset of Yom Tov so that there is no need to add them on Chol Hamoed.

The vegetables may not be harvested on Shabbos or Yom Tov due to the prohibition of kotzer, reaping.9  On Chol Hamoed, they may be harvested for Chol Hamoed or Yom Tov use.  Although the AeroGarden lights go on and off during Shabbos, this is permitted since the system is automated without further input.10

Israel
Due to the special status of Eretz Yisroel, generally, vegetables grown there must have ma’asros, tithes, separated.  However, if the AeroGarden kit is used to grow vegetables in Eretz Yisroel, ma’asros need not be separated from the vegetables.  This is because hydroponically-grown vegetables are free from the obligation to separate ma’asros.11  In addition, they may be grown during the Sabbatical year of Shmitta.12

Marror
Hydroponic romaine lettuce should not be used for marror at the Pesach Seder.14  The reasoning for this is as follows:  It is unclear whether the brocha of Hamotzi relieves one of the obligation to recite a brocha on marror.  Although marror is eaten during the meal and should perhaps not require its own brocha, it is not a ‘meal food’ eaten to satisfy hunger and may, therefore, still require its own brocha.  To circumvent this issue, the halacha states that Hoadama on the karpas is recited while having in mind to exempt the marror.15  However, the brocha on hydroponic lettuce is Shehakol; thus, the Hoadama on karpas would not be applicable to the lettuce.  This would place one in a questionable position—should Shehakol be said on the marror or not?  To avoid this dilemma, hydroponic lettuce should not be used for marror.16

Nutrient Tablets
Star-K is no longer able to determine the make-up of the nutrient tablets used in the AeroGarden system. Nevertheless, even if the nutrient tablets would be non-kosher, the plants would still be kosher.  Normally, items that have a non-kosher source of nutrition are, themselves, considered non-kosher.  However, the rule of zeh v’zeh gorem states that if the nutrition is comprised of kosher and non-kosher components, the resulting animal or plant is kosher.17  In any garden, including the AeroGarden, the water is kosher so the kosher status of the nutrients has no effect.

From early history to modern times, hydroponics has offered an alternative to earth-grown produce.  It is yet another way to appreciate the bountiful world Hashem has bestowed upon us.18

1. This would be around the time he destroyed the Beis Hamikdash.  It is said that the gardens were built to cheer up his wife – a native of a lush region full of vegetation, who found the dry Babylonian scenery dispiriting.

2. In 1982, Dr. Hillel Sofer, senior researcher at the Volcani Institute at Ein Gedi, developed the aero-hydroponic method, which increases oxygen to the plant roots by suspending the roots in air.  The AeroGarden uses this methodology.

3. Rav Ovadia Yosef (Yechaveh Da’as 6:12), Rav Chanoch Zundel Grossberg, (Siddur Minchas Yerushalayim p. 334), Rav Eliyahu Falk (Machazeh Eliyahu siman 28).  All cite the Chaye Adam 51:17, who discusses vegetables grown in soil in a flowerpot (sh’aino na’kuv, without holes on the bottom).  Chaye Adam rules that the brocha is Shehakol, since it is not nourished by the soil in the ground.  Although some disagree with the Chaye Adam on that point, his ruling provides strong support for reciting Shehakol on vegetables grown in water, which is even further distinguished from earth-grown vegetables.

4. There are opinions (Rav Shmuel Vozner Sheivet HaLevi 1:205, Rav Moshe Shternbuch Teshuvos V’hanhagos 2:149) that the proper brocha on hydroponic vegetables is Hoadama,asHoadama is recited over any vegetable which normally grows from the ground.  (Rav Shternbuch writes that Chaye Adam only referred to Hamotzi, which could not be recited on bread made from wheat grown in a flowerpot.  However, this argument is difficult to support, as Chaye Adam refers specifically to Hoadama.  Also, see Nishmas Adam 152:1 where the Chaye Adam explicitly links the two brochos.)

6. During Shemitta years, Alei Katif may be grown differently than in other years.

7. A test of the system in the Star-K offices produced lettuce which was insect-free.

10. Even Rav Moshe Feinstein (Igros Moshe OC 4:60), who disapproved of ‘Shabbos clocks’, still permitted their use for lighting.

12. Yechaveh Da’as ( 6:12) citing Rav Yechiel Michel Tuchetzinski (Sefer Ha’Shmitta vol 2:pg 104),
Sefer Nechpeh B’kesef (Y.D. 1:5) cited by Minchas Shlomo (vol 3, 158:8), Rav Binyamin Zilber
(Az Nidbiru 4:51).  Rav Zilber emphasizes that his ruling applies only in cases where the plant is not in any
earth or even chemical fertilizer.  The Chazon Ish is also quoted as having permitted hydroponics during Shmitta.  Maharil Diskin, cited by Minchas Shlomo, forbids all hydroponics during Shmitta, as does Har Tzvi
(Zeraim 2:31).

13. The Rambam (Peirush Ha’mishnayos) writes, based on the Mishnah, that even if the seeds come from vegetables which themselves have been set aside as teruma, the plants which grow from these non-edible seeds are not teruma.  We do not apply the rule of gidulei teruma teruma.  See also Rashash.

16. Although horseradish may warrant a brocha of Shehakol when eaten raw and yet it is used for marror, on Pesach night its brocha is likely Hoadama since it is eaten to fulfill the halachic requirement (see Beiur Halacha 575:2).  However, the brocha on hydroponic lettuce remains Shehakol, even on Pesach night.

18. There are other halachic areas where it is relevant to discuss whether hydroponics is gidulei karka — leaving peah; tochen and imur on Shabbos; buying food with ma’aser sheni money; a poel eating from produce; and s’chach.  We plan to cover these issues in the future.