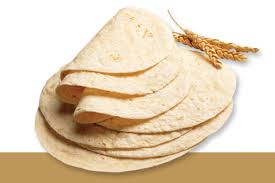 Ordinarily it is not impossible to substitute ingredients to create an authentic version of specialty food. Kosher Chinese restaurants substitute chicken strips for “the other white meat”. Pareve soy protein chopped “meat” is a fine substitute for tacos or burritos. Kosher pepperoni pizza is topped with soy “salami”. Nor is it impossible to kosherize a new company that is starting a brand new venture. The ultimate challenge is when an existing non-kosher manufacturer is interested in kosher certification. Once the company realizes what kosher certification entails, their balloon of hope may burst and the project is dropped. Recently the Star-K had the pleasure of dealing with a Mexican foods specialty company, La Reina Foods, of Los Angeles, CA who, despite some very formidable hurdles, had the perseverance to kosherize their plant.

How did it happen?

The initial introduction: S & K industries of Manassas, VA, is a corn tortilla manufacturer, that has been Star-K certified for the past few years. S & K has found much success and satisfaction with their kosher certification. However, S & K felt that their product line was limited and needed expanding. Offering their customers a complete line of flour tortillas would be the perfect compliment to augment their corn tortilla business. Enter La Reina Foods. La Reina, a long time flour tortilla producer in Los Angeles, was looking to expand their business to the East Coast. Furthermore, La Reina had been interested in kosher certification for quite some time, however, they didn’t really know what it entailed. They needed to be educated. La Reina clearly understood that if they were to produce for S & K they had to be kosher.

Kosherizing chain link baker ovens is no small task. Since tortilla wraps are baked directly on metal slats of a chain link oven, the chain links required libun gamur. Libun gamur, literally full incineration, means that the metal that requires kosherization must be heated to a red glow. To achieve libun gamur, it was necessary to cover each chain link with a bed of hot charcoal, and then to heat the oven to its maximum temperature so that it would reach a red glow, while the chains at the oven’s exposed opening required blowtorching. Most companies would have cowered at the thought, but not La Reina.

The next kosherization hurdle to clear was the kashering of the outside oil holding tank. Although La Reina has used vegetable oil for their tortilla wraps, we asked if the tank was ever used to hold any other oil. We found out that at one point the tank was used to hold lard. How to kasher a four story holding tank? By purging the tank with boiling hot water. Typically, kashering a pot with hagala is easy. Filling a four-story holding tank and bringing up the water to a rolling boil in Southern California, where water and energy supply are scarce, was nearly impossible. A solution had to be found. Two saving graces of this holding tank were 1) that the tank had it’s own heating source and 2) that La Reina used a large spray ball to steam clean the holding tank. The combination of the two could be used to kasher the tanks1 similar to the method used to kasher spray driers. The heat source was turned on. The tank was sprayed with water getting the sides of the tank wet. The spray ball then sprayed 212° steam so that the water on the sides of the holding tank would boil off.

The equipment was now kashered. La Reina was poised at a marketing crossroads. The company recognized the value of producing pareve tortilla wraps for the kosher market. However, they also wanted to offer all varieties of flavored tortillas, including cheese. The problem: Once it was determined that all the equipment was compatible, how would the dairy cheese lines be controlled? Performing a dairy run would once again make the ovens dairy thereby compromising the equipment. One possible solution was to arrange special productions with full time supervision. This however would be too complicated and too costly. For the sake of maintaining a kosher pareve environment without pitfalls, La Reina very wisely decided to keep the plant pareve. La Reina’s decision-making process serves as a lesson to all companies considering kosher certification.

Vice President Danial Diaz was the heart and soul of La Reina’s transition to kosher production. He realized that if the company was to run a first class kosher operation, his employees must be educated. To that end Daniel took it upon himself to get an education in “kosher”. Daniel logged on to the Star-K web site and downloaded and digested all the pertinent kosher information contained in the site. As a result, Daniel developed a real appreciation of both the awesome responsibility La Reina had to the kosher consumer and the integrity a food manufacturer must maintain. He conveyed his newfound insights and the sense of responsibility towards adherence to the rules to his staff.

To this end Daniel met with his workers to give them kashrus in-service training so they could comprehend the new quality assurance responsibility that they had undertaken.

“Enclosed are all the certificates for kosher ingredients. La Reina, Inc. from today forward, can only use these specified ingredients. If we need to make a substitution for any ingredient, we must first notify the Rabbi for approval. No exceptions!!!”

Footnotes:1. Since lard was used years ago there was no question that all the production lines had to be kashered.
Star-K – Providing International Kosher Certification for over 50 years.