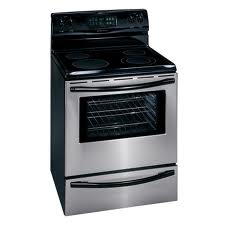 Hashem, in His eminent act of chesed, created a world with abundant gifts expressly designed for the enjoyment of man. The Torah often limits, directs or restricts these worldly opportunities afforded to us to help us remember that we do not own this earthly bounty, instead we are using them with the permission of their Owner.

A clear example of this Divine direction manifests itself in the foods we eat. Before we eat we must make a bracha, a blessing that permits the consumption of kosher food. Certain foods are intrinsically non-kosher and are forbidden to us. Dairy and meat products, while they may be permissible individually, are forbidden to be mixed, cooked, processed or eaten together. These limitations, restrictions and directions form the basis of the laws of kashrus.

Those who carefully adhere to the laws of kashrus do not only restrict the mixing of dairy and meat products; they also have separate utensils as well. In every kosher household, separate sets of cutlery, dishes, pots and pans are used for kosher food preparations and consumption. However, due to the limitations of the average household budget and space constraints of the average kitchen, ordinary households have only one oven and one cooktop to prepare meat and dairy meals. For this reason questions often arise regarding the use of a single oven and cooktop for both dairy and meat use. This article will outline practical guidelines for the Jewish homemaker to insure proper kitchen kashrus.

THE COOKTOP
It is customary to use all four burners of the range for dairy and meat without segregation. While the housewife who separates the burners for dairy and meat is praiseworthy, the custom not to do so is based on the assumption that whatever would spill out of the pot on to the metal grates of a gas burner or the coil of an electric burner would be burnt up by fire. If in truth the remnants of the dairy dish or the meat dish were still visible on the grate, the grates would have to be cleaned and dried from all residue of food or grease prior to the use of the opposite gender. The areas in between the burners are prone to both meat and dairy spills and splattering. It would be wise to refrain from putting food down in these areas.

These halachos apply to cast iron or porcelain covered gas burners and to electric coil, solid disk, halogen, or Ceran top electric cooktops. One should exercise extra caution with a ceramic smoothtop regarding spills between genders during cooking. If the spills occur within a 24-hour period in the same area of the cooktop, a Rav should be consulted.

THE OVEN
In our discussion, the oven refers to any enclosed cooking appliance whose opening is closed by a door. In order to implement proper oven kashrus we must define the halachic parameters of an oven: cooking and baking.

Cooking is the process of preparing food with liquid, e.g. water, juice or wine. The liquid must be present in the pot or pan both before and after the food is completed. This does not apply to cooking in oil or chicken which is baked without adding water. Even though liquid exudes from the chicken itself during the cooking process, this does not qualify for halachic liquid.

Baking is the process of food preparation without liquid or when the liquid will be absorbed into the food item, e.g. a cake batter, rice.

Cooking meat and dairy dishes one after the other in the oven is more complicated, for there are additional problems to consider. The steam arising from the cooking water makes the whole oven the same gender as the type of food being cooked. The only way cooking can be accomplished for dairy and meat one after the other in the same oven is only if one type, whether dairy or meat, is always kept covered in the oven. The housewife must bear in mind once she chooses to cover her meat or her dairy food item, that gender must always be the gender that must remain covered in the oven.

Cooking or baking uncovered dairy and meat dishes in the same oven at the same time is forbidden.

These rules apply equally to electric and gas ovens. They also apply to a microwave oven where the temperature of the ceiling and walls exceed yad soledes, 120°F during microwaving. (The floor of the microwave must be covered during microwaving.) Convection ovens are no different than regular ovens.