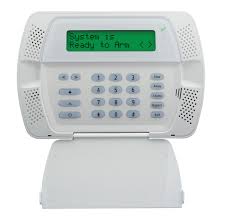 In these turbulent times, many people have installed alarm systems in their homes which give them a sense of security. There are various types of burglar alarms which are either connected to a central system or not. But one thing is clear; the system will only work if all the wires are intact, the switches set in the right sequence and the unit is in working order. It is a good idea to test it every now and then to make sure the system is in proper operating condition. Just one frayed connection can invalidate the whole system.

Our feeling of security should come from the recognition that we have a protector in heaven, rather than relying entirely on some mechanical device, devised by man. The Ribbono Shel Olam watches over our homes if we do His will. The mezuzah attached to our doorpost is our protection. It is a direct link to the “Central System”. Certain letters are inscribed on the outside of this mezuzah scroll which say, among other things, that through this mezuzah scroll the house is protected. However, the house is only protected if the mezuzah “system” is intact; if it is made according to the specifications under which it is intended to work. One frayed letter may invalidate the whole protection system, in which case, the mezuzah is completely useless. One has not performed the mitzvah which he or she thought they were fulfilling at the time the mezuzah scroll was attached to the doorpost and thereafter, and the blessing that we say when affixing the mezuzah was recited in vain.

There are many things which can invalidate a mezuzah. To mention a few; the scroll must be written on parchment which is specifically prepared for use of mezuzah scrolls. This parchment must be produced from the hide of a kosher animal. The parchment is then scored with an engraving instrument which makes grooves. The grooves must be made on the side of the parchment that was nearer to the flesh of the animal. When the scribe writes the scroll, he must be careful to shape every letter in a specific manner with adequate spacing between the words. No letter may touch another, even slightly. If there is a deviation from the above specifications, the mezuzah scroll is not kosher. It may be repairable depending on the nature of the problem, but if it is not repaired it will not fulfill its role as a mezuzah. It would be just like any other piece of paper on which words of the Torah were written. It is a good idea and indeed, a halachic requirement, to have these mezuzah scrolls checked every three or four years (twice in seven years) to make sure they are still kosher.

Care should be taken that the parchment should be rolled, not folded, to avoid cracking letters, which would render the mezuzah posul, invalid. The mezuzah should be rolled from left to right. The rolled parchment should preferably be wrapped in an initial protective plastic wrap covering to create a moisture barrier. Then the mezuzah should be enclosed in a protective case of either plastic or metal. There is no special requirement regarding the material of the case. However, it would be best to avoid a tight-fitting mezuzah case where the mezuzah scroll would need to be forced into the tube.

A kosher mezuzah scroll written in accordance with all the pertinent laws, is the first step in having a valid mezuzah. However, even after it was initially kosher, a mezuzah may, for various reasons, become non-kosher. Ink may chip off the parchment. Sometimes ink spreads after the mezuzah was written due to moisture in the air and letters will touch each other. The engraved lines may disappear and cracks may form in the parchment and letters. Sometimes, insects eat away at the parchment.

Even though mezuzos are made primarily to serve the needs of those desiring to fulfill the mitzvah of placing them on the doorposts of the house, the shocking truth is that many mezuzah scrolls are not kosher. They were not kosher to begin with. Printed mezuzos are automatically not kosher, but are nonetheless easy to find. Scrolls without properly engraved lines, mezuzos missing letters and words, cleverly printed mezuzos that look hand-written, and most common, mezuzos with incomplete and deformed letters are also sold. It is unusual to find a small mezuzah (approximately three inches or less) which is kosher.

The reason that non-kosher mezuzos are so prevalent is due to the public’s ignorance concerning some of the basics of this great mitzvah. It is impossible to sell a new car which is missing wheels to a prospective buyer because everyone knows that a car cannot run without wheels. It is easy, however, to sell a mezuzah scroll with deformed letters to a customer, because most people have no idea how the letters should be formed and will never find out if the mezuzah “works” or not.

Ironically, some mezuzos are not kosher because of their kosher certification. It is common to find scrolls with the word “checked” (in Hebrew) stamped in ink or embossed onto the mezuzah. Since any more than the required amount of letters invalidate the mezuzah, they may have been more kosher without having been stamped kosher than with the kosher stamp. If the extra letters are removed this problem would be resolved, but how does the unsuspecting buyer know that these letters must be erased? Similar problems occur with tefillin.

What can be done to rectify the situation? Over the years, organizations, such as Vaad Mishmeres Stam and certain local communal organizations, have been vigilant in their attempts to educate the public about the need to purchase kosher mezuzos and to discontinue the sale of the small posul mezuzos. One should purchase mezuzos directly from a reliable, G-d fearing mezuzah inspector (sofer) who has carefully checked and endorsed the mezuzos as kosher. Today, the Vaad Mishmeres Stam certifies over 6,000 sofrim. In Baltimore, the STAR-K has endorsed various sofrim, scribes, who are qualified to check mezuzos and who sell STAR-K approved kosher mezuzos. Since even an experienced scribe takes a few hours to write a mezuzah, we should not be surprised if they cost in the vicinity of forty dollars each, which is a relatively inexpensive price for such skilled labor.

It is important that mezuzos be checked periodically to ensure that they are still kosher. We then may rest assured with the feeling of security that we are fulfilling our obligation and that our unique security system is in top working order.

For further information about mezuzah checking in your area and other in-depth publications about the mitzvah of mezuzah, contact Rabbi Greenfield at the Vaad Mishmeres Stam, 718-438-4980.